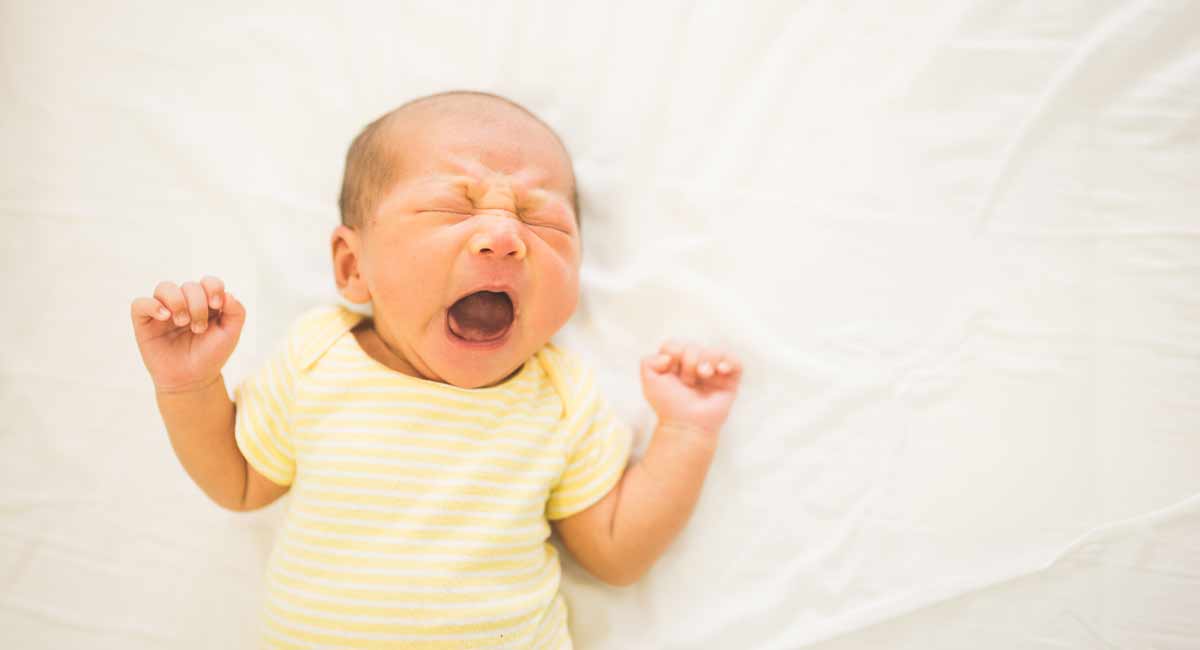 One of the most basic arguments used to justify abortion is that preborn children are not human beings. Instead, they are routinely dehumanized with a variety of inaccurate terms. They’re said to be blobs of tissue or products of conception or even parasites, to have “fetal pole cardiac activity” instead of heartbeats, and so on. And thanks to this attitude, abortion is allowed to persist for a simple reason: if preborn children are not, in fact, human beings, then it’s acceptable to kill them.

This same mindset has been used, historically, to justify countless genocides. And sadly, some people still have yet to learn this lesson.

Albany Rose, a pro-life atheist who had an abortion years ago before becoming pro-life, recently shared a disturbing screenshot on her Facebook page. While the context behind the comment wasn’t explained, it nevertheless exposed a problematic view that too many people hold. In it, an unnamed commenter wrote, 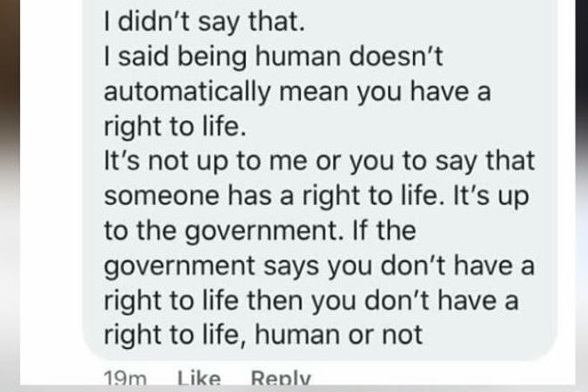 This kind of thinking –that people do not have an inherent right to life — is exactly what has led to numerous genocides throughout history: the Holocaust, Holodomor, the Armenian genocide, and countless more. Genocide is still occurring, too — from the Rohingya in Myanmar, to Christians and Yazidis in the Middle East and Africa, to Uighur Muslims in China.

Genocide most commonly brings to mind the Holocaust, perpetuated by the Nazis. The Nazis, like other regimes that committed genocide, routinely dehumanized Jewish people and many others. And it’s this dehumanization that allowed these atrocities to take place. Because their victims weren’t seen as human, putting them in concentration camps where they were tortured, experimented on, and eventually killed was justifiable.

READ: Former New Zealand abortionist’s revelation: I was exactly like the Nazis

Similar atrocities are being committed right now in China, as survivors of the so-called “re-education camps” have attested to. Prisoners are having their organs harvested from them, including their eyes, while they are still alive. Others are being routinely tortured, experimented on, gang raped, and forced into abortions and sterilizations. Meanwhile, most of the world remains silent, looking the other way. The Chinese government has decided that these people do not deserve to exist, and therefore, they should be exterminated… and the world looks the other way. And this is also the argument used to justify abortion.

Abortion has allowed entire populations to be wiped out due to dehumanization. From the issue of “missing girls” caused by gendercide, to the genocide committed against preborn children with disabilities, abortion allows people to be wiped out when they’re at their most vulnerable. Gendercide has wiped out over 100 million girls, often in places like China and India, leading to terrible consequences. In reality, however, it happens across the globe — even in countries like Australia and the United States.

Preborn children with disabilities are targeted on a much more widespread basis. In countries like Iceland, Poland, Denmark, and more, virtually all preborn children diagnosed with Down syndrome prenatally are aborted. In the Netherlands, women are told they have a “moral duty” to abort their children with Down syndrome; in the United Kingdom, abortion is banned after 24 weeks — unless the baby has a disability. Women in the United States are likewise pressured to abort their children with disabilities. Consider also, for example, CNN anchor Alisyn Camerota repeatedly expressing shock at the idea that a child with a disability would have a life worth living.

But this kind of dehumanization isn’t reserved for girls or for children with disabilities. It’s routinely expressed by abortion defenders. If they aren’t using language that denies the humanity of preborn children, then they’re claiming it’s nothing more than “feelings” that determine whether preborn children should be allowed to live. This isn’t just an attack on human rights, it’s a blatant denial of scientific fact.

Science makes it very clear that preborn children are human beings. It’s a scientific fact that life begins at fertilization, with the baby having his or her own unique, individual DNA strand, entirely separate from their mother. Within the first trimester alone, the baby has a beating heart, measurable brain waves, unique fingerprints, and the ability to respond to touch.

Dehumanizing people is an effective tactic to allow things abortion and genocide to flourish. If people understand and accept someone’s humanity, then it is that much more difficult to kill them. And people do not have human rights because the government grants them or takes them away. They have human rights because they are human beings, plain and simple. Allowing the government to decide who gets to live and who gets to die is a roadmap to atrocities like abortion and genocide.