The second video in Live Action’s “Pro-Life Replies” video series tackles the issue of when life begins. The series takes on common pro-abortion arguments, with the first video explaining the problem with the common “My Body, My Choice” slogan, narrated by mother of seven Kirsten Watson, wife of pro-life NFL star Benjamin Watson. “When Life Begins” is narrated by Dr. Tara Sander Lee, a molecular geneticist with over 20 years experience in academic in clinical medicine — including a fellowship at Harvard Medical School and Boston Children’s Hospital — and as a molecular pathology inspector for the College of American Pathologists.

Lee begins by pointing out that not knowing specifically when life begins isn’t an argument for abortion anyway. “Imagine you go hunting with a friend and the two of you become separated,” she explained. “You see some rustling in the bushes ahead, but you don’t know if it’s a deer or your friend. Would you shoot? That would be criminally reckless if you did, because there’s a chance that behind that bush is a human life. In the same way, if there is a possibility that there is a human life in the womb, it would be reckless to kill that life.”

It is a scientific certainty that life begins at fertilization 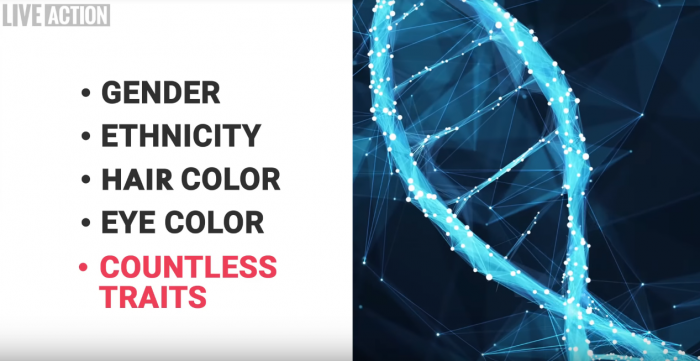 “At the moment a sperm fuses with an egg (known as fertilization or conception), a new, unique human being that is genetically distinct from both parents comes into existence,” Lee explains. “Gender, ethnicity, hair color, eye color, and countless other traits are determined at that moment. This genetic blueprint remains the same for his or her entire life, and no other human being past or future will have one identical to it.”

The baby continues to develop rapidly, with a beating heart just three weeks after conception, and measurable brain waves by eight weeks.

“Referring to the preborn child as a zygote, blastocyst, embryo, or fetus at different stages of development does nothing to lessen his or her humanity,” Lee continues. “Those are just ways of referring to age, no different from the terms infant, toddler, adolescent, or adult.”

Denying this humanity is a lie 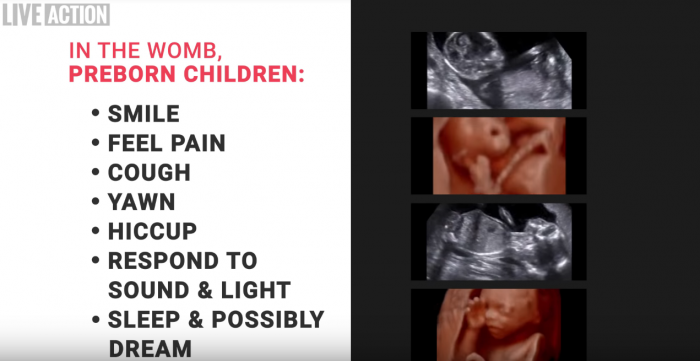 It’s very common for abortion advocates to dehumanize the preborn child by referring to him or her as a clump of cells, a blob of tissue, a “product of conception,” or even a parasite. But this is an unscientific lie.

“First, parasites are different in species from their host, and if a fetus were a parasite, then the mother’s immune system would attack it,” Lee points out. “Instead, the mother’s body undergoes dramatic changes to specifically provide nourishment and nutrients to her child. It is also a fact that pre-born children exhibit behaviors that we do on a daily basis — they smile, feel pain, cough, yawn, hiccup, respond to sound and light, sleep, and possibly even dream. Some researchers have even shown that babies may cry while in the womb.”

Some “pro-choice” activists, like Peter Singer, admit that the preborn child is an independent human life, and rightly so. “[T]here are thousands of biology and embryology textbooks, modern DNA studies, medical dictionaries, science professors and medical researchers that all confirm that life begins at fertilization,” Lee says. “And every mother like me that has experienced pregnancy knows that with every kick and movement the baby makes, life is blooming for the child growing inside.”

Every abortion takes a life 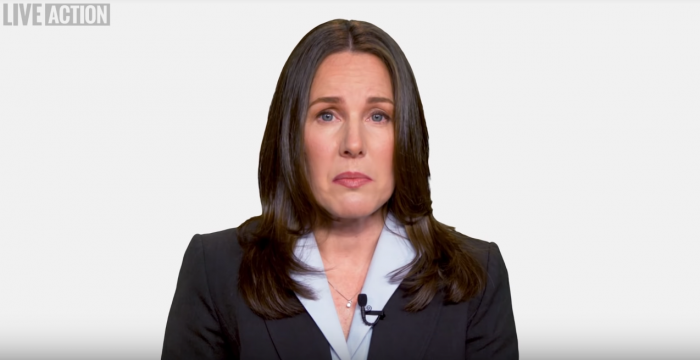 There is no doubt of what abortion does. “It is a scientific certainty that human life begins at the moment of conception,” Lee concludes. “Therefore, every abortion kills an innocent human being. To suggest otherwise is to ignore the scientific facts and miss the miracle of life.”