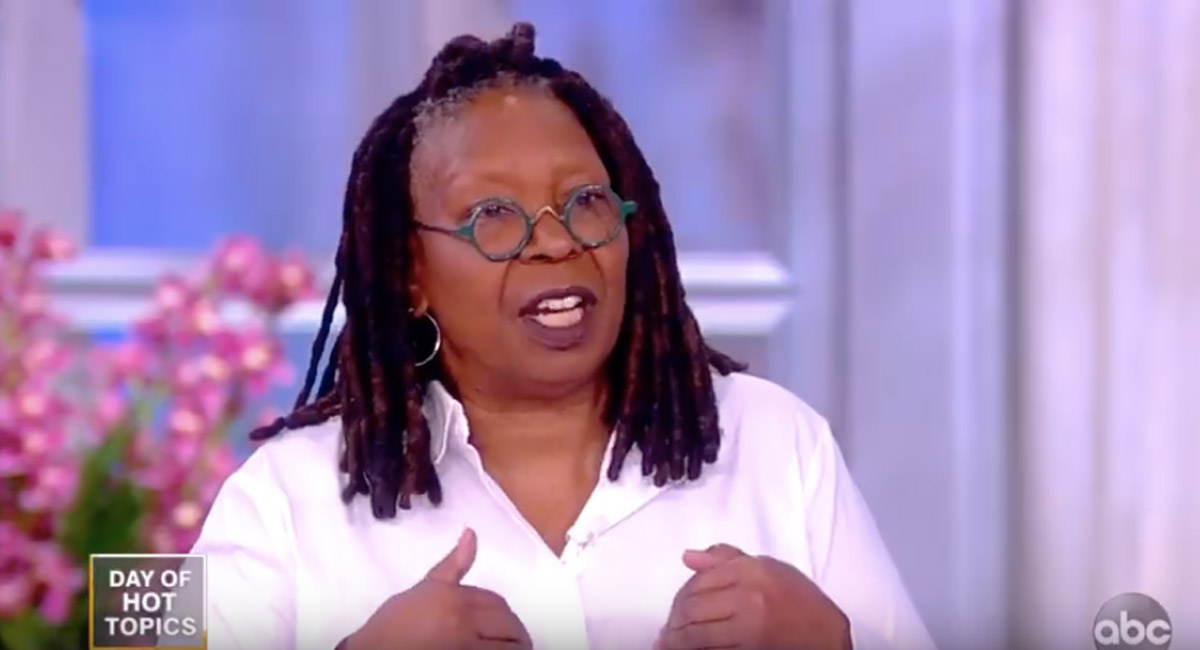 The women of talk show “The View” were discussing the Georgia heartbeat bill, which bans abortion after a preborn child’s heartbeat can be detected. Predictably, most of the women on the panel were against it, with the exception of pro-lifer Meghan McCain. And in the conversation, Whoopi Goldberg — who moderates the show — argued that feelings are what matters when it comes to supporting legal abortion.

McCain kicked off the debate by pointing out that pro-life women are frequently left out of the abortion conversation, with abortion activists often arguing that they fight on behalf of all women — even though women are equally as likely to be pro-life as they are to be “pro-choice.” After McCain explained that she believes abortion to be murder, rejecting the notion of nuance, Goldberg responded, “Except that’s OK that you feel that. No one is saying you can’t feel or believe that.”

Ana Navarro then chimed in that she would like to see more opinions from doctors and medical experts, leading McCain to fight back that science is already on the pro-life side. “Science, by the way, overwhelmingly shows that life does start at conception,” she pointed out. “The science backs it!” Goldberg then argued that this was “your belief,” with McCain asking incredulously, “You don’t believe science?”

“Here’s what I don’t want to do. Don’t say ‘you don’t believe’,” Goldberg responded. “That’s not what I’m saying. I’m saying I don’t believe that the minute you conceive, you are with child. I believe a lot of things have to happen. The baby has to become zygote. There have to be all kinds of things going on for me. But the problem for me is — I’m happy that you feel that way. I want everybody who feels that way to feel that way. What I don’t want is I don’t want anyone telling me what I have to feel.”

Unfortunately, Goldberg is far from alone in blithely asserting that life begins whenever we feel like it’s convenient; the sentiment has been expressed by former Planned Parenthood president and CEO Cecile Richards, who called it a “personal decision,” and Melissa Harris-Perry, who said that the answer of when life begins depends on “the feelings of the parents.” Even notorious late-term abortionist LeRoy Carhart claimed that in his opinion, “life begins when the mother thinks it begins.” Over and over again, abortion advocates reject science and instead rely on feelings and emotion.

It’s a scientific fact that life begins at fertilization, something made clear in numerous medical textbooks. In fact, embryological science has become so advanced, that it’s even possible to pinpoint the exact moment life is created. And the Endowment for Human Development (EHD), a neutral non-profit organization dedicated to the science of fetal development, outlines numerous facts which show that the preborn child is a separate, living human being, even in the earliest stages of development. The EHD writes that “[b]iologically speaking fertilization (or conception) is the beginning of human development.” By three weeks after fertilization, the heart begins beating, with blood pumping throughout the body, and the three primary sections of the brain are identifiable. Brain waves can be measured by six weeks, and the baby’s kidneys and liver are formed. At seven weeks, they can respond to touch.”

Whoopi Goldberg and her fellow abortion activists can couch the conversation in “feelings” all they want, but what they cannot do is outright deny the scientific reality of human development.