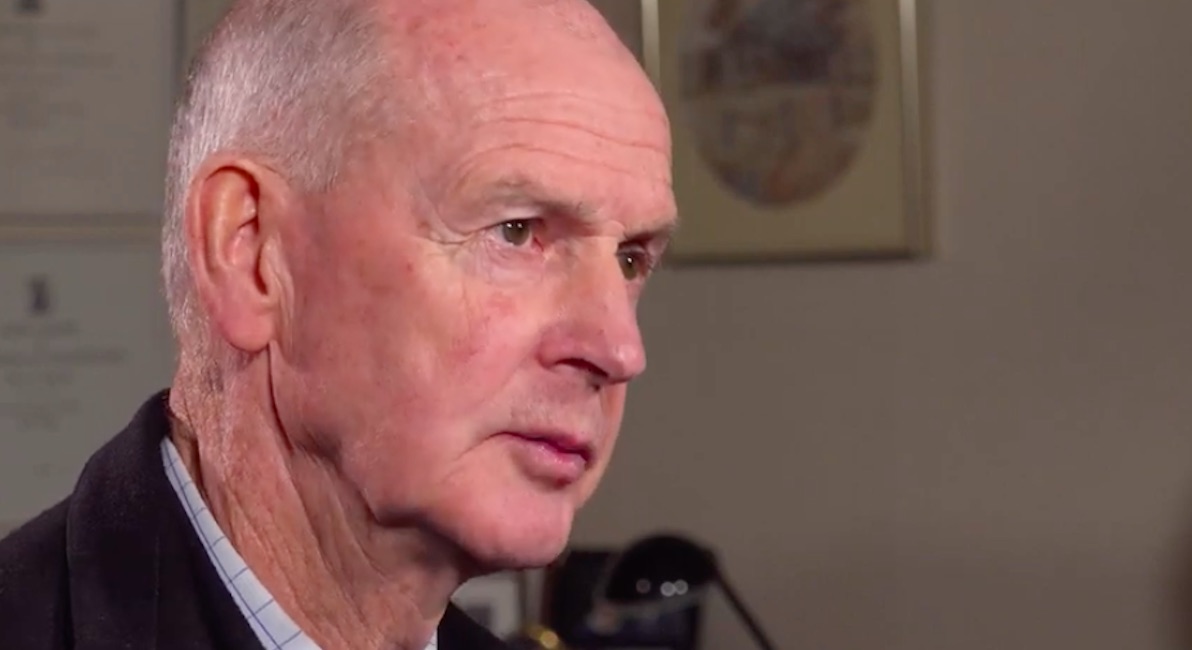 As New Zealand moves to decriminalize abortion, two videos by a former abortionist are gaining a lot of attention. In one of the videos, he explains the second-trimester surgical abortion known as a D&E. In the other, he shares his pro-life conversion story, in which he had a realization about the Holocaust and abortion.

Dr. Norman MacLean of New Zealand has been a practicing obstetrician and gynecologist for nearly 40 years. He has delivered 8,000 babies, including 2,000 by C-section. It was while he was at the National Specialist Service in Dundee, Scotland, that he first began to commit abortions without having given much thought to the matter. In New Zealand, very few abortions were carried out, but Dundee was more liberal in regards to abortion, he explained.

On my very first day in Dundee, I’m in the operating theatre,” he said. “I do a hysterectomy with a senior, a consultant. He then says to me, ‘Can you do D&Cs?’ Dilation and Curettages. I say, ‘Yes. No problem.’ I’ve done many of those for incomplete miscarriages – a common procedure for specialists in training. He said, ‘Well you can do the rest of the list.’ I said, ‘No problem.’ So I’m scrubbing up.

The nurse comes in and I say to her, ‘Please tell me what’s the indication for the first operation needing the D&C.’ She says, ‘It’s just the usual.’ I say, ‘Well this is my first day on the job. What’s the usual in Dundee?’ She says, ‘Termination of pregnancy.’ I was somewhat uneasy because I hadn’t actually done a termination of pregnancy previously. I knew there were ethical issues around it but I hadn’t given it any serious thought. And then I think to myself, well if I say no, I’m not comfortable about this, somebody else is going to have to come and do it.

Knowing the woman was already on the table with legs in position, MacLean committed the D&C and went on to do the next five scheduled for that day. He continued on for a year, committing about 200 abortions in all. Then he had a revelation.

As a teenager, reading about the Holocaust, MacLean had been “greatly troubled” and “struggled to cope” with the idea that “a Democratic, Christian society” could allow the horrific slaughtering of innocent human beings.

“It was incomprehensible to me how such a thing could happen on such a scale,” he said. “I knew Mr. Hitler was a bad man but how could all the people who were involved in turning the gas taps on do it?” He went on:

I was removing, destroying, innocent defenseless unborn children but in my mind they were equal to Jews or equal to disabled children that the German folk had killed 270,000 of them before they moved on to the Jews.

And dramatically really, I realized this is not right. This is not what I should be doing. This is not the medicine, the life-giving, healing medicine that I wanted to practice. And from that day I stopped [committing abortions].

Using Live Action Abortion Procedures videos, MacLean explains the variety of ways abortionists kill preborn human beings, including the abortion pill, D&C surgical abortion in the first 10 weeks, the second-trimester D&E in which the child is dismembered, and finally, the use of hormonal tablets even late into the pregnancy to induce labor. The problem with the use of tablets, he says, is that the baby is likely to be born alive because the act of killing the child before birth has not occurred.

MacLean notes that since the aim of an abortion procedure is to have a dead baby, the abortionist must kill the baby before it is fully born otherwise he could be accused of infanticide. When tablets are used to induce labor there is a high risk of the baby being born alive just as what would happen during natural labor. That’s when partial-birth abortion — illegal in the United States — is used. As seen in the artistic depiction below, during a partial-birth abortion, the child is delivered in the breech position and killed by suctioning the child’s brain out before the head is delivered.

MacLean states that if the New Zealand abortion law passes, the number of late-term abortions such as this will only increase and there is “no question” in his mind about that. Living human beings, he says, will be killed in “gruesome” ways.

He says that everyone knows the preborn child is alive because he or she has a heartbeat three weeks after fertilization and “from that day on until the death of the human being, that heart will continue beating. There is no question about this.”

And because that heartbeat exists and will only cease to exist when the person dies, “there is no question that in each and every termination of pregnancy at whatever stage of pregnancy or whichever method is used – hormones pills or operative – the baby stops its heartbeat and therefore dies and because this procedure was performed with deliberation – the baby was killed.”

There are currently three options that the New Zealand government is considering when it comes to expanding access to abortion. Option A allows for no specific legislation at all. Abortion would be just another medical procedure despite the fact that it is not healthcare.

Option B would allow for a statutory test before the abortion could be carried out with the abortionist having to approve that the abortion was the best decision for the circumstances. Abortion is, of course, never the best course of action because a human being is deliberately targeted for death every single time.

Option C is a mixture of A and B with a limit on abortions after 20 (or 22) weeks when there would then be the use of the statutory test to determine if the abortion should be carried out.

Of course, with each of these options, abortions could be committed at any point in pregnancy based solely on whether the abortionist — the one person who stands to profit financially from the abortion — decides it is necessary. This is an extreme conflict of interest.

As someone who has committed abortions and delivered thousands of babies, MacLean rightly calls the proposed new laws in New Zealand unnecessary and “shocking beyond belief.”