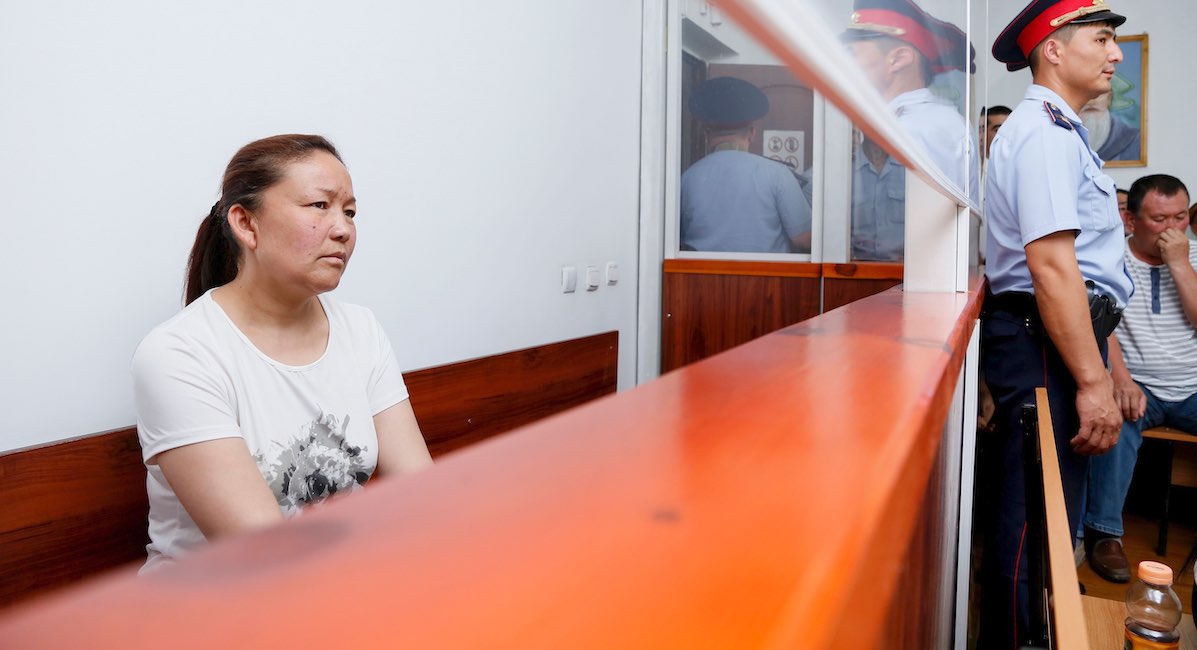 Human rights abuses surrounding China’s oppressive population control policies are already well known. Parents who have more than the allotted number of children are subjected to any number of penalties, ranging from something as small as a fine to something as awful as a forced abortion. But what’s slowly coming to light is the growing number of so-called “re-education camps” in China, in which over 1.5 million people are allegedly being held. Their crimes are things like having the wrong ethnicity, political views, or religion, and they are forced to undergo horrors. A recent tribunal uncovered the despicable practice of forced organ harvesting from prisoners — while they are still alive. Human Rights Watch also alleges that the government is engaging in mass imprisonment, torture, mass surveillance systems, forced house arrest, sexual harassment, and more. Now, a survivor of these terrors has come forward to share her story, and expose the atrocities being committed.

Haaretz reported from Stockholm of what has been learned about what goes on inside China’s re-education camps: prisoners with their heads shaved are forced to live in one small room together, sharing a bucket for a toilet, with cameras watching them at all times. They are subjected to propaganda, forced to confess “sins,” and undergo torture such as metal nails, fingernails pulled out, and electric shocks in the so-called “black room.” The prisoners are also forced to undergo medical experimentation, with many left infertile, and women are reportedly raped and forced into abortions.

Sayragul Sauytbay, a former teacher who escaped China and is living in Sweden, where she has been granted asylum, testified to all of these horrors. Sauytbay, who is Muslim, was separated from her husband and children when they were able to escape to nearby Kazakhstan, while she couldn’t get an exit visa. Meanwhile, she lived in fear of the growing secret arrests taking place at night — and her fear was ultimately justified. “In January 2017, they started to take people who had relatives abroad,” Sauytbay told Haaretz. “They came to my house at night, put a black sack on my head and brought me to a place that looked like a jail. I was interrogated by police officers, who wanted to know where my husband and children were, and why they had gone to Kazakhstan. At the end of the interrogation I was ordered to tell my husband to come home, and I was forbidden to talk about the interrogation.” 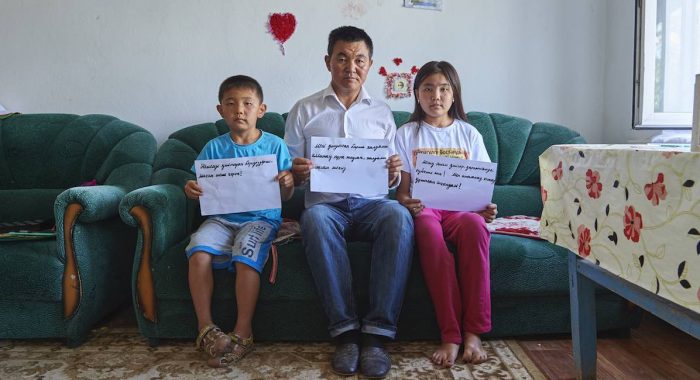 BAIDIBEK, KAZAKHSTAN – JULY 27, 2018: Uali Islam and his two children, hold signs calling for the release of his wife, Sayragul Sauytbay, who fled China after being forced to work in a internment camp in China’s far north west. On Aug. 1, a court ruled she will be reunited with her family, not deported back to China. (Photo by Izturgan Aldauev/For The Washington Post via Getty Images)

After that, she refused to contact her family for fear of what would happen to them, but authorities continued to interrogate her. But the worst happened soon after: in November of 2017, she was told to report to a meeting place with authorities, where a black bag was placed over her head, and she was taken to a re-education camp and forced to sign a contract. “I was very much afraid to sign,” she admitted. “It said there that if I did not fulfill my task, or if I did not obey the rules, I would get the death penalty.”

Sauytbay explained that everyone’s heads were shaved, and they were shackled at all times unless they were writing, even in their sleep. Sauytbay was forced to teach Chinese propaganda songs before confession times arrived. They would be required to think of sins to confess to, and if they didn’t, they would be punished. This would then repeat until midnight, as they stood facing a wall with their hands raised.

For food, prisoners were given nothing but watery soup and a slice of bread, and were only given meat on Friday — but this, too, was another cruel form of torture, with prisoners given only pork, even if their religion required them to abstain.

On top of all of this, prisoners were taken to what they called the “black room” for torture. “Some prisoners were hung on the wall and beaten with electrified truncheons,” Sauytbay said. “There were prisoners who were made to sit on a chair of nails. I saw people return from that room covered in blood. Some came back without fingernails.” Others had their skin flayed, or were beaten for minor offenses. Sauytbay said she was deprived of food and beaten for two days after an inmate gave her a hug, which she did not reciprocate.

Sauytbay believes people were intentionally being made sterile and sick through the pills given to them as well. “The pills had different kinds of effects,” she said. “Some prisoners were cognitively weakened. Women stopped getting their period and men became sterile.” Those who had health conditions were not treated for them. But worst of all was what happened to women in the camps.

“On an everyday basis the policemen took the pretty girls with them, and they didn’t come back to the rooms all night,” Sauytbay said. “The police had unlimited power. They could take whoever they wanted. There were also cases of gang rape. In one of the classes I taught, one of those victims entered half an hour after the start of the lesson. The police ordered her to sit down, but she just couldn’t do it, so they took her to the black room for punishment.”

She said one of the worst examples was when a woman was made to confess her sins in front of 200 other prisoners. “When she was done speaking, the policemen ordered her to disrobe and simply raped her one after the other, in front of everyone. While they were raping her they checked to see how we were reacting,” she recalled. “People who turned their head or closed their eyes, and those who looked angry or shocked, were taken away and we never saw them again. It was awful. I will never forget the feeling of helplessness, of not being able to help her. After that happened, it was hard for me to sleep at night.”

Sauytbay’s horrific testimony has been corroborated by other rare survivors. These women spoke also of ongoing rape, of being forced to have contraceptive devices implanted against their will, sexual torture, and forced abortion. Gulzira Mogdyn, who is both a Kazakh and Chinese citizen, said she was forced to abort her fourth child, saying they cut her baby out without even using anesthesia. “Two humans were lost in this tragedy — my baby and me,” she said, according to the Washington Post.

Human rights advocate Aiman Umarova said that this is a pattern. “Sexually violating women, including stopping them from reproducing, has become a weapon for China against its Muslim population,” she told the Washington Post. Two men who escaped, both Uighurs, also told the Washington Post that their wives remain in the camps in China, and were forced to undergo abortions. Another Uighur woman, Ruqiye Perhat, said she was repeatedly raped by her Chinese guards; when she became pregnant, she was forced into abortions.

Sauytbay was eventually released, but then was told she would be returning to the camp — and she vowed she would rather die. She eventually received asylum from Sweden, and is bravely speaking out in a plea to help the prisoners left behind. “They are innocent. I have to tell their story, to tell about the darkness they are in, about their suffering,” she pleaded. “The world must find a solution so that my people can live in peace. The democratic governments must do all they can to make China stop doing what it is doing in Xinjiang.”