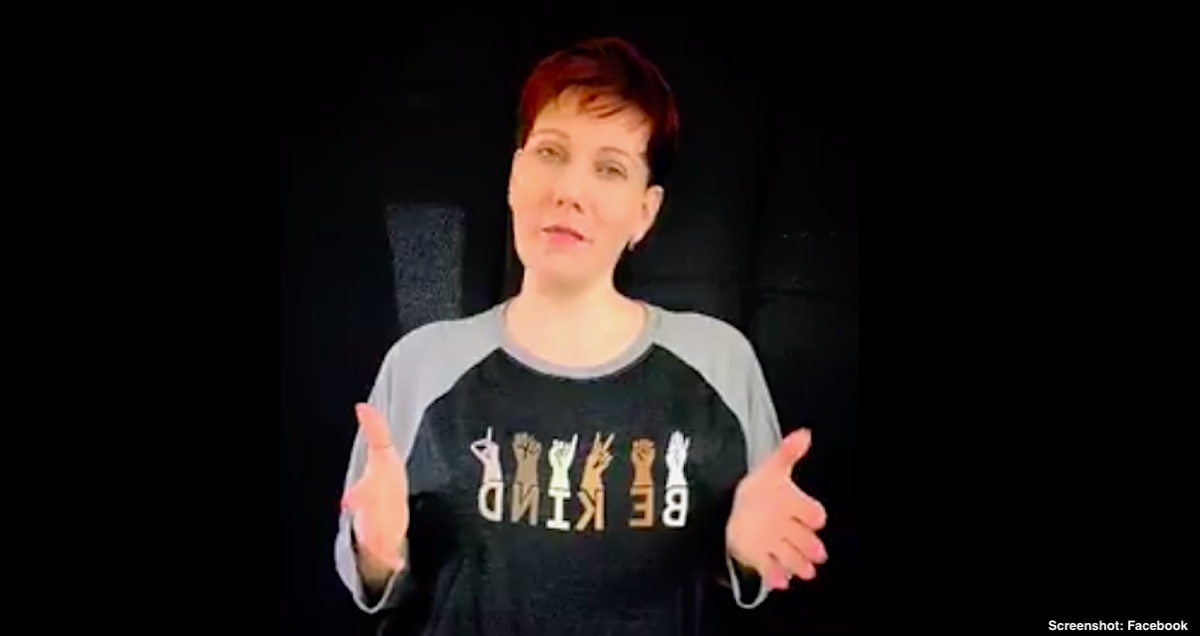 In a recent Facebook post, Jennifer Christie of Love Louder, Inc. offered a spoken word poem of her own to counter poet Amanda Gorman’s viral performance of “8 Reasons to Stand Up Today Against Abortion Bans in the United States.” Christie told Live Action News she was motivated to respond because of Gorman’s very first point about rape, which affects Christie personally.

Christie clarified that in reality, “There is no penalty for aborting after rape. Abortion is still legal.”

Christie was disappointed that the poem turned out to be “all just pro-choice talking points. I watched it through once and immediately started to write a response in my head.” She acknowledged, “I imagine this will upset some people, but it isn’t at all a criticism of Amanda or her work, but strictly of the content of that one poem. I hope this might… plant some seeds, or unearth the dangerous seeds planted in impressionable minds that absorbed Ms. Gorman’s work.”

In her poem, “8 Reasons to Stand Up Today for Every Human Life on the Planet,” Christie’s first reason comes straight from her heart as a survivor of rape and as an overcomer who found healing through the birth of the child she conceived from that rape.

She stated in her video, which has since been removed:

There is no penalty for rape harsh enough that it will ever erase the scars,, retrace the stars that shone on her shame that night that morning, that afternoon, the moment

But saying it’s about control

Or is that only when we don’t call that action “choice”?

Christie addresses other common pro-abortion talking points in the reasons that follow. Later in her spoken word poem, she states in part:

… this battle can’t be won

Not by tongue nor by fist

In parcel and part, It’s the grace in your talk

It’s reaching a hand to a mother in need

And let’s not “What if” over how one was conceived

The simple truth is: When it comes to determining the matter of life,

It is not up to us to determine when another’s life matters.

Many who claim to be pro-life hold the “rape exception” as an unsettling caveat to their otherwise staunch beliefs. Others feel unsure how to respond when faced with the “what about rape?” question. Christie’s thoughtful rejoinder to Amanda Gorman’s pro-abortion poem speaks truth about the value of every human life, regardless of the circumstances of conception. Women who are survivors of rape, as well as their preborn children, are well served by her courage in confronting the lie that abortion can ever be a societal good or a necessary evil.