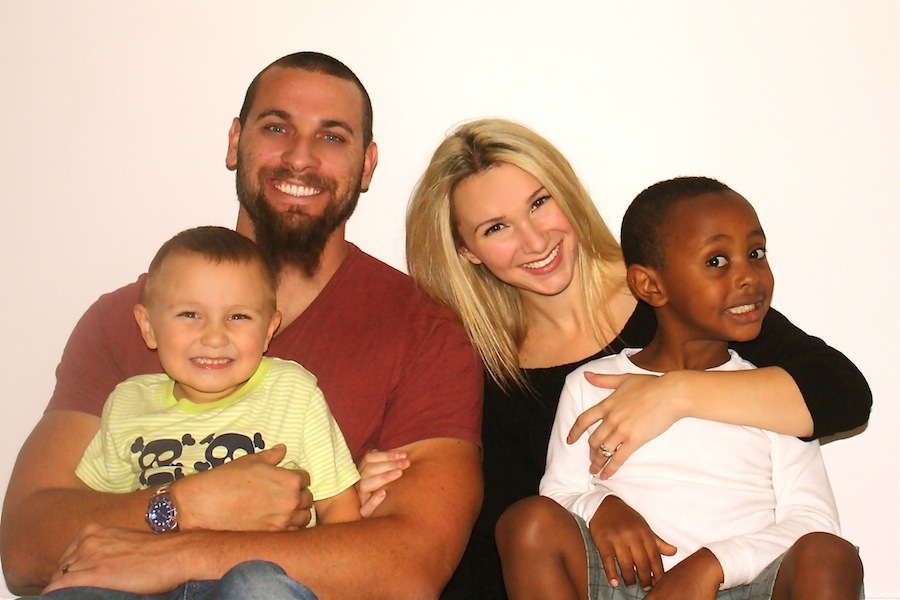 Jamie Lynne Grumet gained public exposure from the cover of TIME Magazine’s May 21, 2012 issue. Jamie was pictured breastfeeding her 3-year-old son Aram while he stood on a chair next to her. The picture was combined with the taunting title, “Are you Mom enough?” The Time cover lead to a great deal of controversy for the California mom and fellow supporters of attachment parenting. Some people applauded Jamie, thanking her for stirring up the discussion on breastfeeding past infancy. Others found her picture to be disturbing and exploitative. Moms throughout the country voiced their offense at TIME Magazine for a title they felt divided women and caused competition between parenting styles. One of the most common words used by men and women to describe Jamie’s picture was “disgusting.”

I came across Jamie’s blog, “I am not the babysitter,” weeks ago and found her thoughts on parenting enlightening and informative. It’s unfortunate that TIME Magazine shared them in an inconsiderate way. They took a less startling picture of Jamie cradling her son in her arms while breastfeeding, but that one didn’t make the cover. During a radio interview Jamie admitted the cover pic was a candid shot, taken between staged photos. She said although the shot looks posed, it was actually caught as she was changing positions between takes. Jamie was surprised to see the cover and cringed when she read the title. Her friends describe her as a non-judgmental person who would never seek to use media fame to hurt her child or pit mothers against each other.

In the midst of the anger surrounding the sensational cover, it’s easy to dismiss Jamie and her message. This is a shame because she  has great things to say. She brings to light attachment parenting principles such as extended breastfeeding, co-sleeping, and carrying your child in a sling, which are all normal things practiced across the globe.

Katherine Dettwyler, an anthropology professor at the University of Delaware, dismissed labels like “perverted” and “disgusting” when it comes to attachment parenting. She said, “It’s normal for our species. It’s not perverted, it’s not sex, it’s not women doing it for some perverse need. It’s normal like a nine-month pregnancy is normal.” Dettwyler’s published studies on breastfeeding show that most children around the world are breast-fed for three to five years or longer.

Here is a simple definition of attachment parenting:

Attachment parenting focuses on the nurturing connection that parents can develop with their children. That nurturing connection is viewed as the ideal way to raise secure, independent, and empathetic children. Proponents of this parenting philosophy include the well-known pediatrician William Sears, MD. They make the case that a secure, trusting attachment to parents during childhood form the basis for secure relationships and independence as adults.

One of the most interesting things Jamie Lynne supports is “Adoptive Breastfeeding.” I was very surprised when I saw a picture of her breastfeeding her adopted Ethiopian son, Samuel.

She wrote on her blog:

[N]ot only was my child taken away from his homeland, culture, language, and family (most importantly, his mother) – He was also stripped of the one action that provided him comfort.

Being able to breastfeed Samuel for almost a year was a beautiful experience. […]

When I asked him if he would also like to breastfeed he smiled and jumped right on my lap. Our first experience breastfeeding you could tell he was an old pro. It was clear it was something he missed dearly. Something from home I was able to give him.

I’m so happy I was able was able to provide him with the comfort he needed to get through trauma. Trauma most people will never experience in their entire life.

Adoptive breastfeeding is normal in many parts of Ethiopia. Wet nurses are popular and common. Jamie shares that adoptive breastfeeding made it easier for her son to bond, and it also helped her biological child Aram understand that his brother Samuel was a completely equal member of the family.

Jamie’s compassion for children reaches beyond her own family. She is the founder of the Fayye Foundation, a nonprofit organization reaching the poor in Africa.

The Fayye Foundation is dedicated to addressing the orphan crisis in the Sidama region of Ethiopia. The people of Sidama suffer from high HIV/AIDS rates, lack of basic health care (which influences high maternal mortality rates), famine, and financial lack for widows and orphans. Jamie and her friends created the Faye foundation to help meet these needs. They provide support to at risk families through clinics that offer medication and prenatal care. They also offer micro-loans that provide income for widows to keep their families intact.

Jamie is a mother who loves Jesus, nurtures her sons, cares for her husband, and fights for orphans and widows. That combination can be hard to come by these days. The TIME cover gave her instant fame, but I hope she’ll be remembered for more than that in the years to come. After the controversy subsides, and the conversations cease, Jamie will still be a mom who is there for her kids. For that, I commend her.