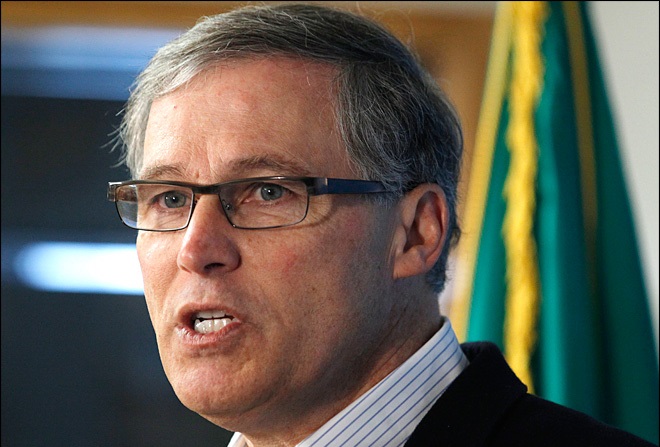 The number of states announcing investigations or reviews into Planned Parenthood keeps growing, as do the videos released by the Center for Medical Progress showing top Planned Parenthood employees discussing their fetal parts business.

Unfortunately though,  some state governors, all Democrats, have turned down the call from their legislatures to investigate Planned Parenthood. Governor Terry McAuliffe of Virginia and Governor Mark Dayton of Minnesota, and now Governor Jay Inslee of Washington state have come out against investigating to see if illegal fetal harvesting is taking place at Planned Parenthood affiliates in their state.

Inslee also took the requests as an opportunity to praise the abortion giant.

Planned Parenthood provides millions of women across the country access to a full range of affordable health care and family planning services. National extremist organizations are engaged in a concerted effort to discredit, and ultimately eliminate, an organization that so many women rely on.

Here in Washington state, where we have long fought to protect women’s access to family planning services, Planned Parenthood is on the front lines of women’s health care. I stand with them in their efforts to ensure every woman needing access to safe and legal reproductive health care can get it.

If one did not know who composed this, one could almost think that a long-time supporter, or even employee of Planned Parenthood, put forth such a statement. The Planned Parenthood affiliates in Washington state may very well be laughing in relief, especially if they are engaging in the fetal parts business.

Joseph Backholm, who is the Executive Director for the Family Policy Institute of Washington, writes for LifeNews.com that “one friend [Planned Parenthood] ha[s] not lost is Washington’s Governor Jay Inslee.” Backholm’s piece also calls on readers to contact the governor and state legislators.

Perhaps Inslee may heed the call if more requests – from constitutents themselves – come in. If anything, he at least may feel the pressure and know that we’re all not fooled by his statements, and that we don’t all support the abortion giant so blindly.