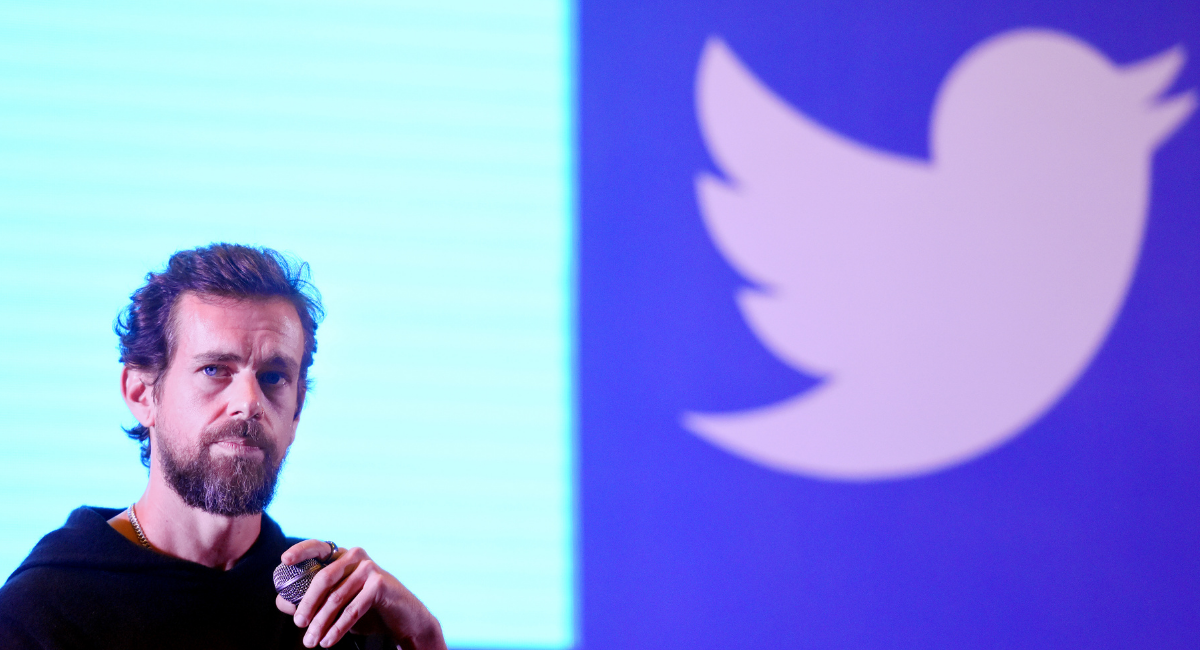 Jack Dorsey, the co-founder and CEO of Twitter, has officially resigned. Under his leadership, Twitter came under heavy criticism for how the social media company handles issues such as hate speech, violent threats, and misinformation — while simultaneously allowing such attacks against pro-life accounts to stand.

Dorsey announced his decision in a letter posted to his Twitter account. “I want you all to know that this is my decision and I own it,” he wrote. “It was a tough one for me, of course. I love this service and company… and all of you so much. I’m really sad… yet really happy. There aren’t many companies that get to this level. And there aren’t many founders that choose their company over their own ego. I know we’ll prove this was the right move.”

not sure anyone has heard but,

Dorsey will be replaced by Parag Agrawal, who has served as the chief technology officer for Twitter since 2017. Agrawal has previously worked for Microsoft and Yahoo!, and received his Ph.D. in Computer Science from Stanford University, with a bachelor’s degree in Computer Science and Engineering from the Indian Institute of Technology, Bombay.

Under Dorsey’s leadership, Twitter has a troubled legacy. Despite lip service towards preventing abusive speech while protecting transparency, Twitter has allowed abuse towards some users to stand. Meanwhile, pro-life accounts and tweets are frequently censored and deleted.

There have been numerous instances of obvious bias against pro-life views on Twitter.

An Irish bishop’s account was blocked for publishing a tweet expressing opposition to assisted suicide. He wrote, “There is dignity in dying. As a priest, I am privileged to witness it often. Assisted suicide, where it is practiced, is not an expression of freedom or dignity, but of the failure of a society to accompany people ‘on their way of the cross’.”

This seemingly uncontroversial tweet was removed under the claim that it was “promoting or encouraging suicide or self-harm.” The bishop’s account itself was banned from publishing tweets.

Pro-life organization, The Center for Medical Progress, was also blocked by Twitter from live-tweeting proceedings from its hearing, even though the judge specifically gave the organization permission to do so. Twitter’s decision was prompted by a complaint from Planned Parenthood.

Additional pro-lifers, like Bryan Kemper, had their accounts locked for tweeting updates about the Center for Medical Progress case, along with similar tweets from Pro-Life San Francisco, Eric Cochran, and Terrisa Bukovinac. These accounts had each shared the names of the 14 individuals filmed by the Center for Medical Progress — information which was already publicly available. Yet Twitter described this as “behavior that harasses, intimidates, or uses fear to silence another person’s voice.”

“The ‘Does’ have made their own identities known by speaking publicly about the case and their own involvement,” Bukovinac told National Review. “Twitter’s selective targeting of our organization is either pure viewpoint discrimination or a pathetic submission to pressure from Planned Parenthood and the National Abortion Federation.”

The accounts for The Radiance Foundation, led by rape-conceived adoptee and adoption advocate Ryan Bomberger, were suspended for “abusive behavior,” for the so-called offense of tweeting about the Center for Medical Progress court case. Around the same time, Twitter mass-blocked the accounts of Irish pro-life activists.

Parents of children with disabilities have frequently spoken out about the ableist abuse allowed to stand on Twitter. Rachel Mewes in particular spent over a year trying to get Twitter to remove a hateful tweet directed towards people with disabilities, like her daughter. “Every day I search for ‘Down syndrome’ on Twitter and I scroll through the previous 24-hour swamp of derogatory comments, discrimination and prejudice,” Mewes wrote for The Mighty. “I screenshot and save examples. I report every comment I see. And the next day, it is no better.”

Meanwhile, beautiful photos of children with disabilities have been covered up by social media sites and labeled as “sensitive content.”

Live Action itself has not been spared censorship on Twitter, which has been occurring for years. While Live Action and its founder and president Lila Rose are banned from buying ads on Twitter, abortion organizations like Planned Parenthood are given free rein to promote their abortion businesses as much as they like. E-mail exchanges released in 2017 showed that Twitter refused to allow Live Action or Rose to advertise, unless the Twitter accounts — as well as Live Action’s own website — were completely scrubbed of pro-life content including ultrasound photos, as well as information regarding Live Action’s investigations — many of which expose the horrors committed by Planned Parenthood.

And while pro-life accounts are routinely blocked and censored, abortion industry accounts are allowed to smear pro-lifers, claiming they promote an agenda of hate and lies.

Some are holding out hope that new leadership at Twitter will lead to more transparency and less agenda-driven censorship. Yet others worry that Agrawal will be even worse, due to his leadership with Twitter’s BlueSky project, which included addressing algorithms and misinformation. Though correcting misinformation is a laudable idea, it’s also a vague term that can all-too-easily be used to silence virtually anything the Twitter team disagrees with — merely by claiming the tweet is “misinformation.”