(LifeSiteNews) – As the preliminary hearing for charges against pro-life investigators David Daleiden and Sandra Merritt continues, Twitter temporarily barred the pro-life Center for Medical Progress (CMP) from live-tweeting the proceedings – based on a misrepresentation of the tweets from Planned Parenthood’s attorneys, CMP claims.

CMP has been locked in legal battles with Planned Parenthood and the National Abortion Federation (NAF) since the summer of 2015, when their undercover videos revealed abortion industry insiders expressing interest in profiting off organs from aborted babies, which is illegal. The abortion groups accuse the pro-life investigators of breaking California privacy laws, and obtained a gag order against the release of additional videos.

Last month, District Judge Orrick let stand Planned Parenthood’s Racketeer Influenced and Corrupt Organizations’ (RICO) claims against CMP,  concluding that whether Sandra Merritt and other CMP journalists should be punished for “trespassing” at a Texas abortion facility was for a jury to decide.

While the pro-life investigators disputed the legal merits of Orrick’s ruling, Daleiden welcomed the opportunity to force abortionists and other industry figures to take the stand and answer questions about CMP’s revelations, under penalty of perjury.

The RICO trial is set to begin October 2, but preliminary hearings began this week, which offered the public its first opportunity to one of the CMP videos that had been previously suppressed. The video still cannot be released online, but LifeSite’s coverage of the hearing reveals that the abortionist featured in it, identified only as Doe 3, “admitted to knowing about babies born alive,” according to defense attorney Brentford Ferreira.

CMP also live-tweeted various revelations from the proceedings, as well as summarized them on their website: 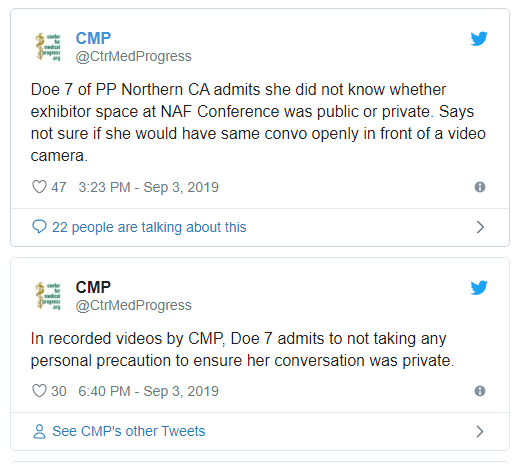 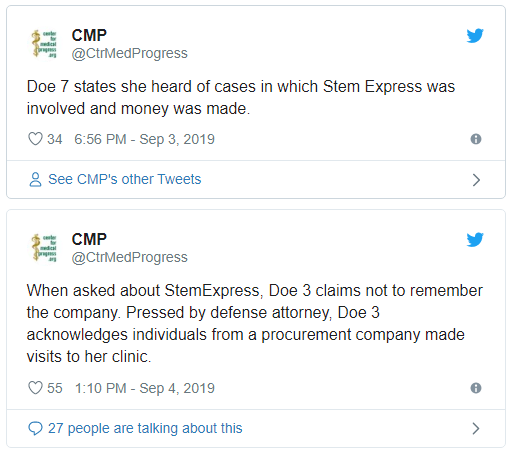 On Wednesday, Twitter notified CMP that it was placing a 12-hour suspension on the account over “Tweets that violate our rules.” CMP says the move was based on “Planned Parenthood lawyers falsely describ[ing] CMP’s tweets reporting on the public hearing as ‘live streaming’ the hearing.” Daleiden added that the judge had specifically allowed CMP to live-tweet the hearing: 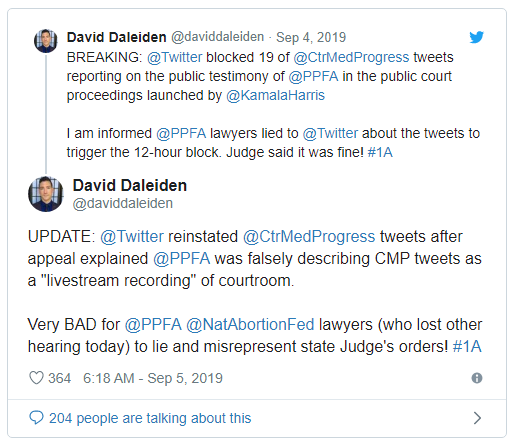 In addition to revealing Planned Parenthood’s fetal-parts harvesting, the CMP videos show abortion insiders referencing multiple illegal practices, such as performing federally-prohibited partial-birth abortions, and altering abortion procedures in order to procure intact organs. They also show personnel discussing their practice with callous and shocking language, including admissions that their business is “killing,” complaints about how “difficult” it is to tear fetuses apart, and references to “heads that get stuck that we can’t get out.”

Editor’s Note: This article was originally published at LifeSiteNew and is reprinted here with permission.