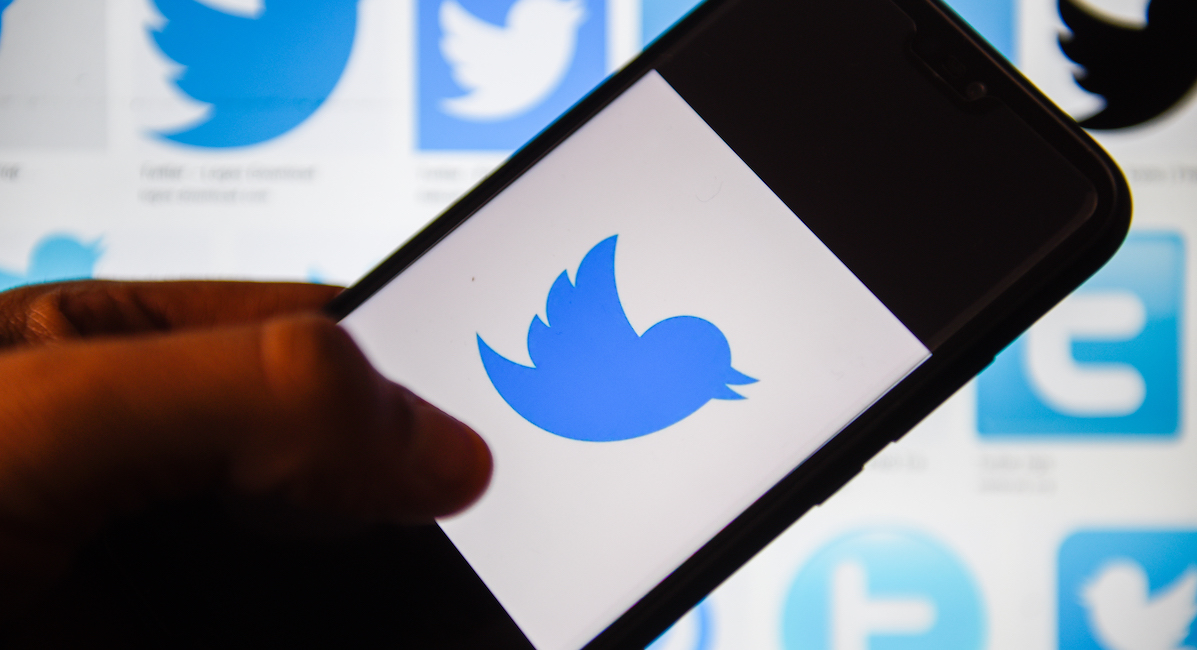 While Twitter continues its censorship of ads from Live Action and founder Lila Rose, the tech giant is running ads from a group which finances abortion facilities while smearing pro-life organizations. Live Action News has previously documented Twitter’s double standard, banning Live Action from advertising while permitting pro-abortion groups like EMILY’s List, NARAL Pro-Choice America, and Planned Parenthood to purchase ads that push a pro-abortion message. Adding to that, a relatively new group called Equity Forward has recently been allowed to unleash a litany of promoted Twitter ads attacking pro-life groups such as the Susan B. Anthony List, Students for Life of America, and Americans United for Life. 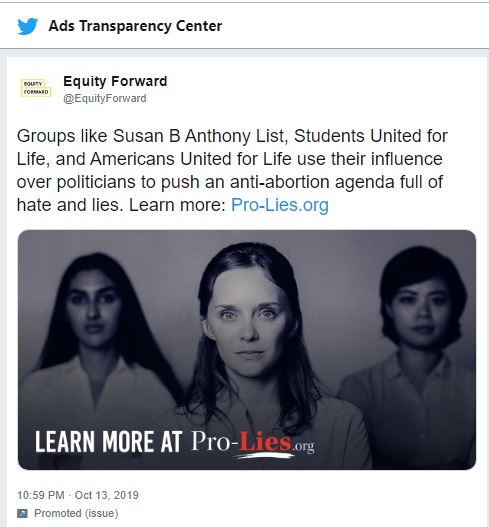 On its website, Equity Forward claims to consist of a “staff of researchers, lawyers and communications professionals…” to ensure “transparency and accountability among anti-reproductive health groups and individuals who are actively working to deny people access to services such as birth control and abortion.” However, they currently list only one staffer — Senior Adviser Mary Alice Carter — who is linked to Planned Parenthood, NARAL, and other pro-abortion groups. 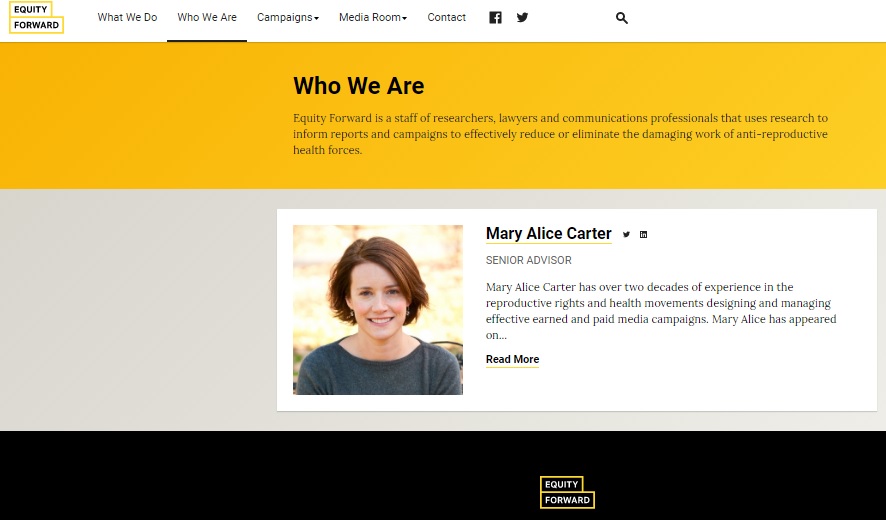 Additional staffers were later identified by their LinkedIn pages as follows:

Board Chair Kyle Herrig “co-founded and currently advises several accountability organizations, including Allied Progress, Equity Forward and Fix the Court,” according to an online bio.

The group’s first campaign roll-out was called “HHS Watch” because, as it wrote online, “the Trump administration has quietly filled key posts overseeing Title X who appear to have been chosen based on ideology rather than applicable government experience. These individuals have deep ties to far-right organizations who are opposed to well-established and evidence-based family planning methods, including contraception and abortion…”

Now, a new campaign has been launched to go after pro-life groups, called “Pro-Lies.org.” 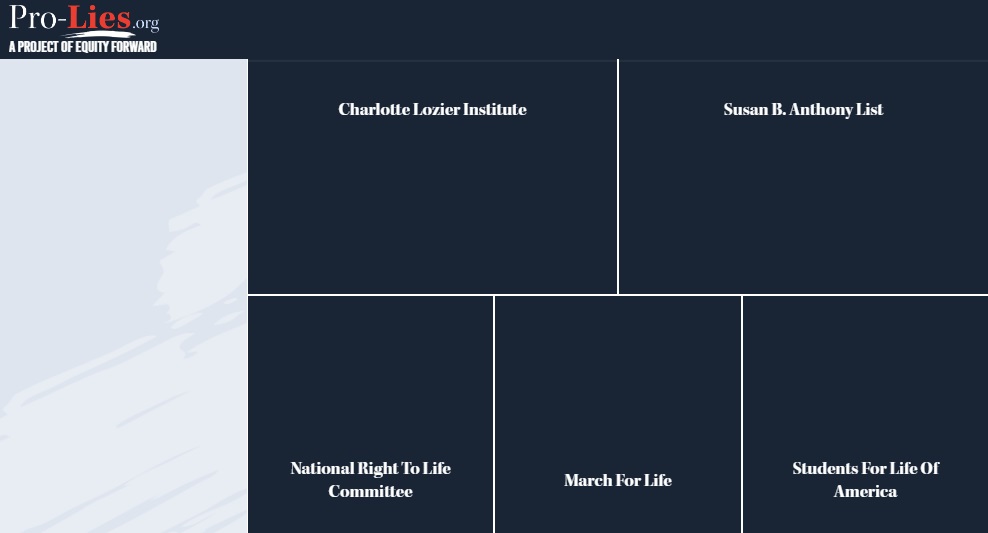 Equity Forward’s tweets promoting the campaign have called pro-life groups “extreme,” “dangerous” and “toxic.” They refer to pro-life legislative efforts as a “coordinated attack on women’s health care,” smearing pro-life groups by referring to them as “Pro-Lies.” Equity Forward also claims in their promoted tweets that these pro-life groups consist of a “network of organizations and individuals that stokes fear with inflammatory lies” to “push an anti-abortion agenda full of hate and lies.” 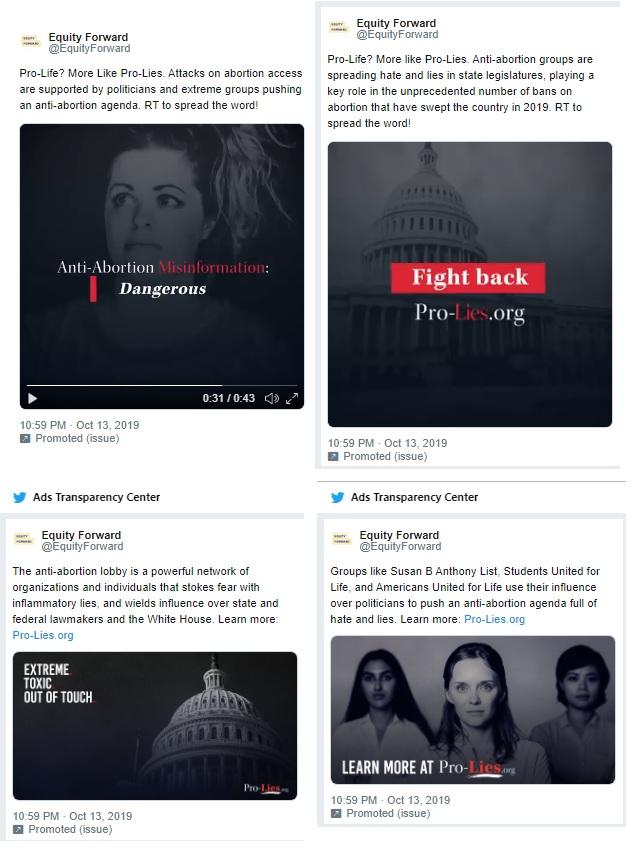 The group is targeting the following pro-life groups, noting that there are “more to come…”

Live Action and Lila Rose have been banned from running ads unless the the Live Action website is purged of certain content with even innocuous tweets deleted — some that show images of babies in the womb. A Twitter spokesperson previously told the Washington Post that Twitter’s “extensive advertising policy states that ads must be honest and accurate. The guidelines prohibit advertisers from misleading people with sensationalized language and deceptive claims,” yet Twitter has permitted Equity Forward to repeatedly promote tweets which attack multiple pro-life groups with inaccurate claims.

Equity Forward was launched in 2018 with little fanfare yet managed to warrant a mention by The Hill. In January of that same year, Pregnancy Help News reported that a person claiming to be a private investigator on behalf of Equity Forward had contacted at least two former pro-life pregnancy center staffers; the reason for the contact was not divulged.

Equity Forward may have a reason to target pro-life centers which may be causing abortion facilities to lose money by offering free services that help pregnant women. After all, Equity Forward is a project of Hopewell Fund, which has taken an interest in a non-profit media start-up and is also financially supporting abortion facilities through an “Abortion Delivery’s Business Sustainability Project,” financed in part by these abortion supporting organizations: 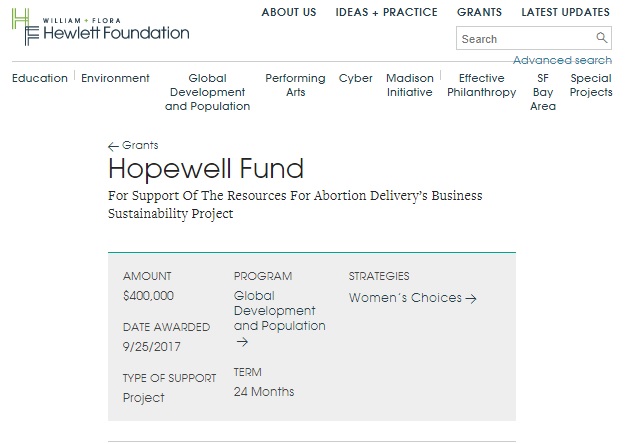 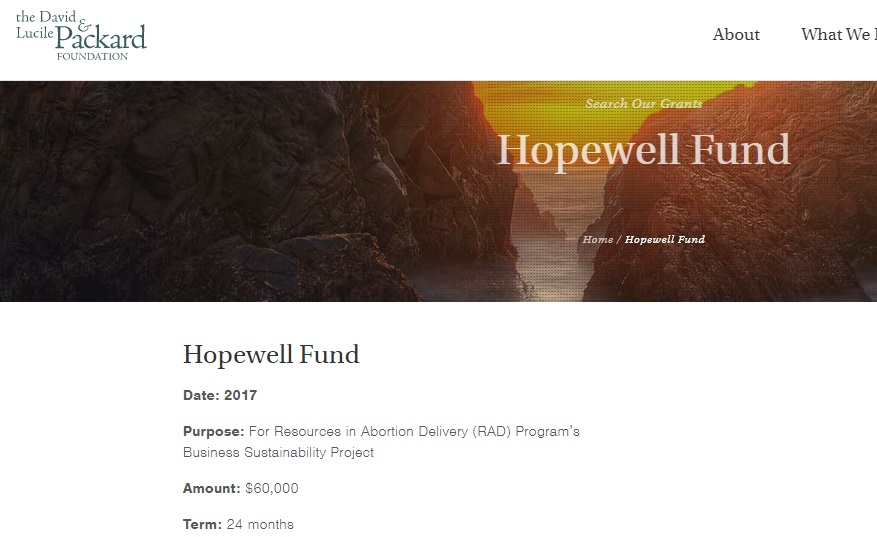 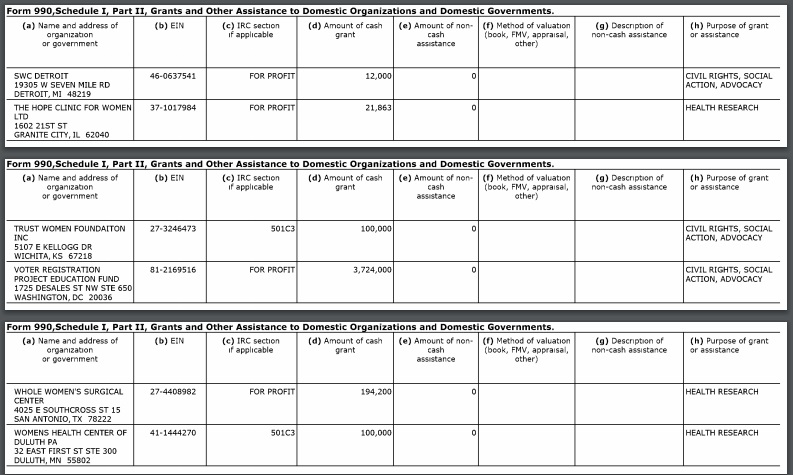 In other words, a group whose parent company funds multiple abortion businesses is buying ads on Twitter that suggest legitimate pro-life organizations are “lies.”

Just who is really being deceptive here?