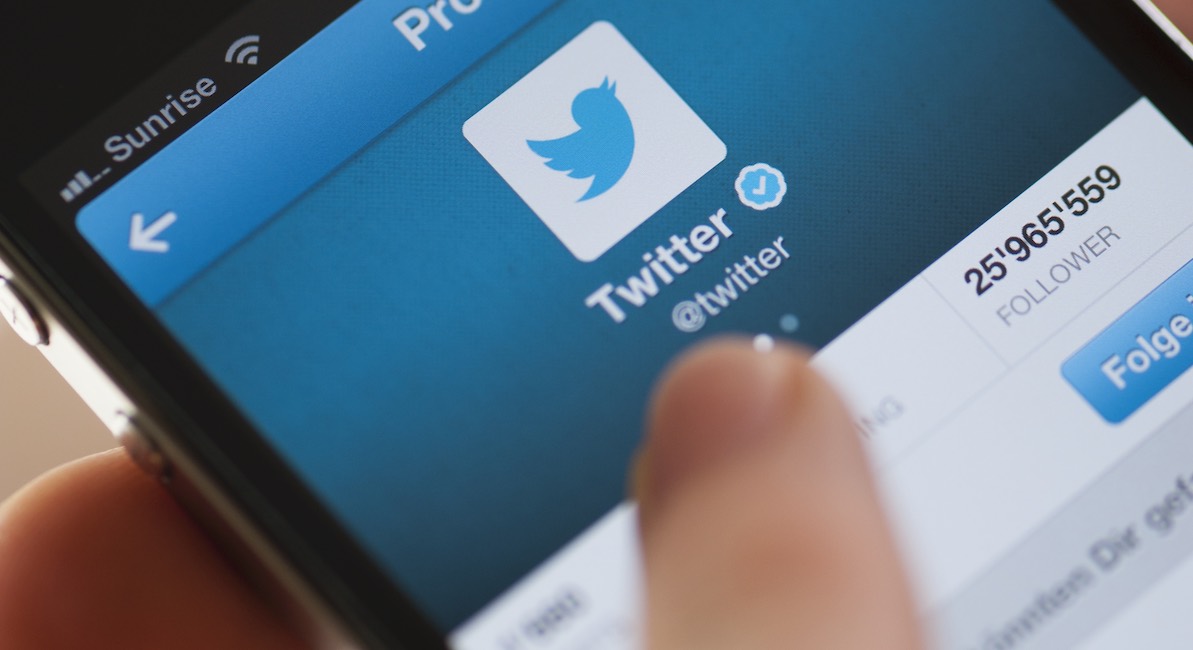 On Thursday, Twitter locked the account of a pro-life organization for sharing an image of an abortion victim. In doing so, the social media giant inadvertently admitted that preborn babies are human beings.

On Wednesday, pro-life group Created Equal tweeted, “Stand up for the truth by purchasing one of our new ‘Unborn Black Lives Matter’ signs.” The signs feature graphic images of aborted babies that are emotionally difficult to view, but which reveal the truth about the violence of abortion and what it does to its victims.

WARNING: This article contains an image of an abortion victim. 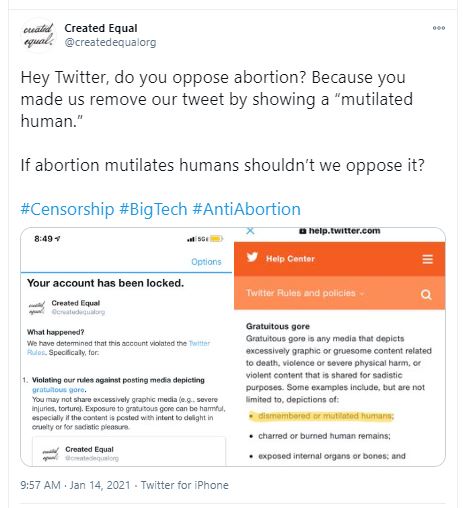 That’s exactly what abortion does. It mutilates humans. 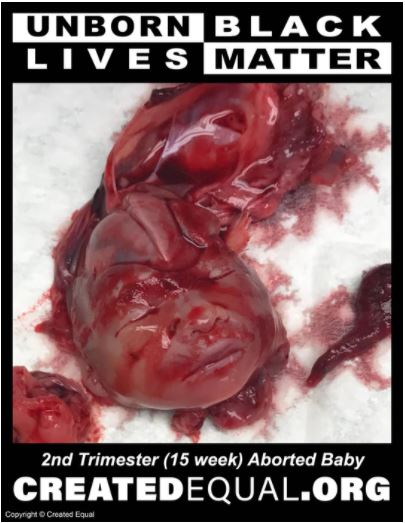 Planned Parenthood abortionist Lisa Harris described a D&E abortion she committed, saying, “With my first pass of the forceps, I grasped an extremity and began to pull it down. I could see a small foot hanging from the teeth of my forceps. With a quick tug, I separated the leg. […] There was a leg and foot in my forceps…”

READ: Yes, VICE, preborn children are ‘powerful icons.’ They reveal the truth without speaking a word.

Twitter has admitted what everyone knows, especially those in the abortion industry: preborn children are human beings. The only question that truly separates abortion advocates from pro-lifers isn’t whether or not embryos or fetuses are human but whether they have the same right to life as all human beings. Pro-lifers believe that they do. Preborn children are members of the human family just as we all are.

Abortion advocates publicly deny the humanity of preborn children, labeling them “clumps of cells,” “products of conception,” and nothing more than “tissue.” But thanks to modern technology and photos of abortion victims, the truth is obvious. Preborn children are members of the human race. Denying them of their humanity makes current society no better than past societies that deemed other humans as unworthy of the right to life.