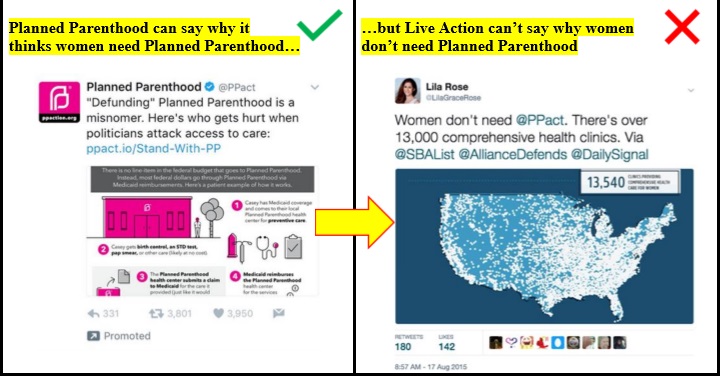 In an e-mail exchange between Live Action and Twitter (which occurred after a phone call between the two groups), Live Action requests that Twitter confirm the types of content it noted during the call as in violation of its hate and sensitive policy. Twitter’s reply on June 5, as detailed in the screenshot below, affirms that the following content is considered in violation and should be deleted:

– investigations by the Center for Medical Progress

– images and videos of abortion procedures

– images and videos of late-term abortions

– ultrasound and images of preborn children 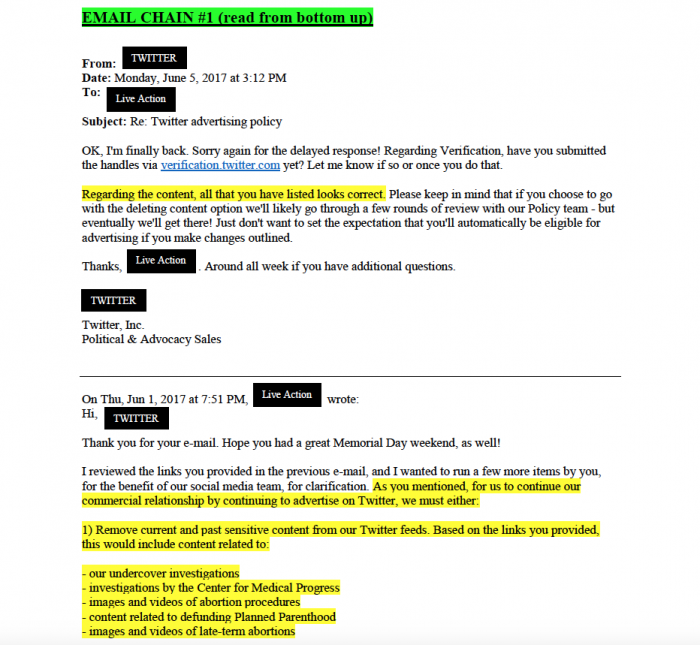 The e-mails were sent following a phone call between Live Action and Twitter, during which Twitter representatives said Live Action is tweeting sensitive material and is not permitted to advertise on the platform. To rectify the issue, Twitter asked Live Action to delete all paid ads and organic tweets it deems “inflammatory,” “abusive,” or “offensive,” and to go through several rounds of edits with Twitter’s policy team until Live Action’s accounts are considered approved for advertising. In addition, Twitter said Live Action’s tweets could not even contain links to its website with “sensitive” content, requiring Live Action to scrub and delete content from its web properties. 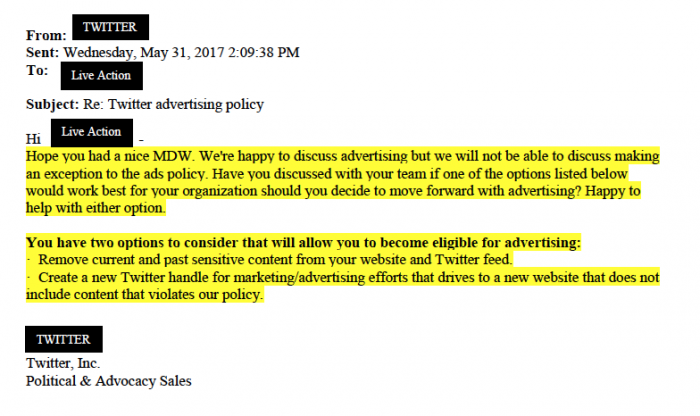 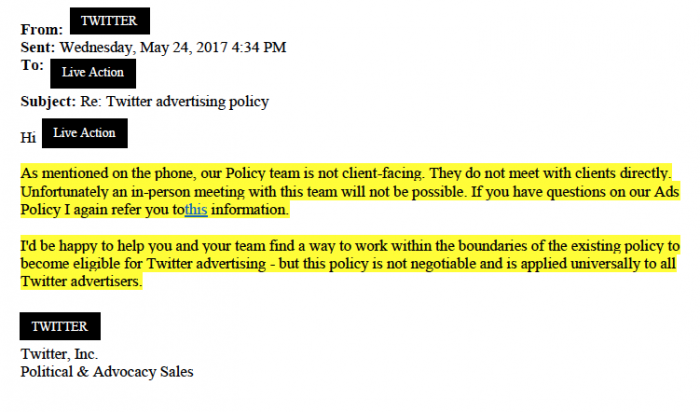 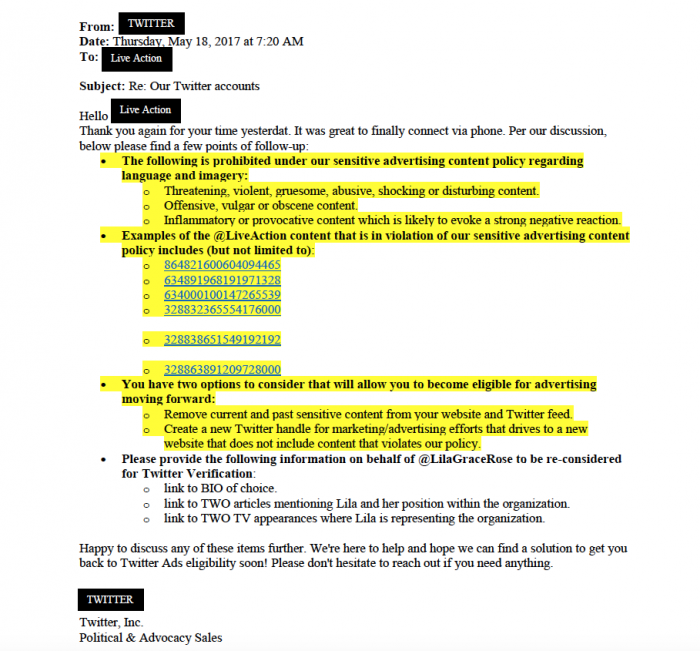 Here are a few examples of tweets considered in violation, compared with similar tweets Planned Parenthood is permitted to advertise and run.

Although Twitter claims to be a forum of ideas, it’s suppressing viewpoints it does not like — especially the pro-life view. By blocking Live Action from advertising, Twitter violates its own mission statement to give “everyone the power” to share ideas “without barriers.” Twitter has a responsibility to tell the truth to their users instead of using algorithms and ads to favor their political viewpoints.