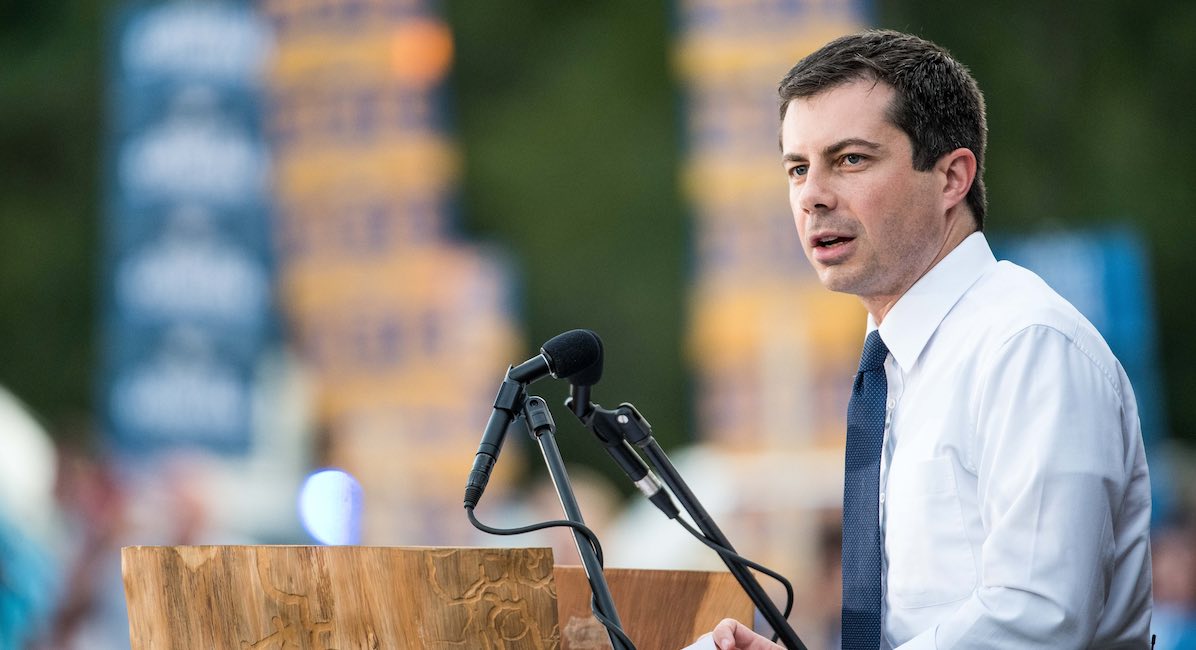 Last week, the home of abortionist Ulrich Klopfer was searched by his family. Klopfer had recently passed away, and they were going through his belongings when they made a horrifying discovery: Klopfer had stored the bodies of thousands of preborn children in his home — 2,246, to be exact. His family did the right thing, calling police and requesting proper removal of the remains, but it’s another stain on the already dismal reputation Klopfer held. He failed to report underage abortions and abuse, as well as a problem keeping up with health and safety conditions. His medical license was ultimately suspended in 2015.

This grisly discovery has garnered wall-to-wall headlines across the country, but one voice has been oddly silent: that of Pete Buttigieg, mayor of South Bend, Indiana, the same town in which Klopfer used to commit abortions. His lack of response is odd, considering many of the babies whose bodies were found were likely aborted in Buttigieg’s town. Yet he has no comment on a situation that has been drawing comparisons to the notorious Kermit Gosnell?

Looking at Buttigieg’s own background on abortion might shed some light on the issue. He made himself a champion for Whole Woman’s Health, which remains unlicensed in South Bend after the state health department refused the facility’s application for a license. According to the Chicago Tribune, “The clinic’s tenuous survival has been championed by South Bend mayor and Democratic presidential candidate Pete Buttigieg, whose national campaign includes a pro-reproductive rights platform.”

The problem is that the Whole Woman’s Health abortion chain has a long history of health and safety violations. One of its facilities, in Beaumont, Texas, had a whopping 17 pages of violations. Other facilities had repeated violations, over and over again. A location in Illinois refused to give a 911 dispatcher proper medical information after a botched abortion. Other violations found at Whole Woman’s Health included unsafe environments, rust spots on suction machines, expired supplies and medicines, unsterilized instruments used from woman to woman, and more. What’s more, Liam Morley, listed on Whole Woman’s Health’s original application as the facility’s proposed administrator, used to work for Klopfer. According to a 2017 South Bend Tribune article, “[s]he was an employee for several years at the clinic Klopfer ran and in August 2016 identified herself to a Tribune reporter as director of the Pro Choice South Bend group.”

Yet Buttigieg allowed this unlicensed facility that’s part of a notorious abortion chain to operate in South Bend — while refusing to allow a pregnancy care center to open. Residents didn’t want the facility to open in their neighborhood, the facility couldn’t get a license, and Whole Woman’s Health has shown that they don’t actually care about the health of the patients they see. Yet the facility was allowed to open anyway.

Taking that into consideration, perhaps it’s no surprise that Buttigieg hasn’t spoken against the atrocities committed by Klopfer. After all, it’s just par for the course of the abortion industry.