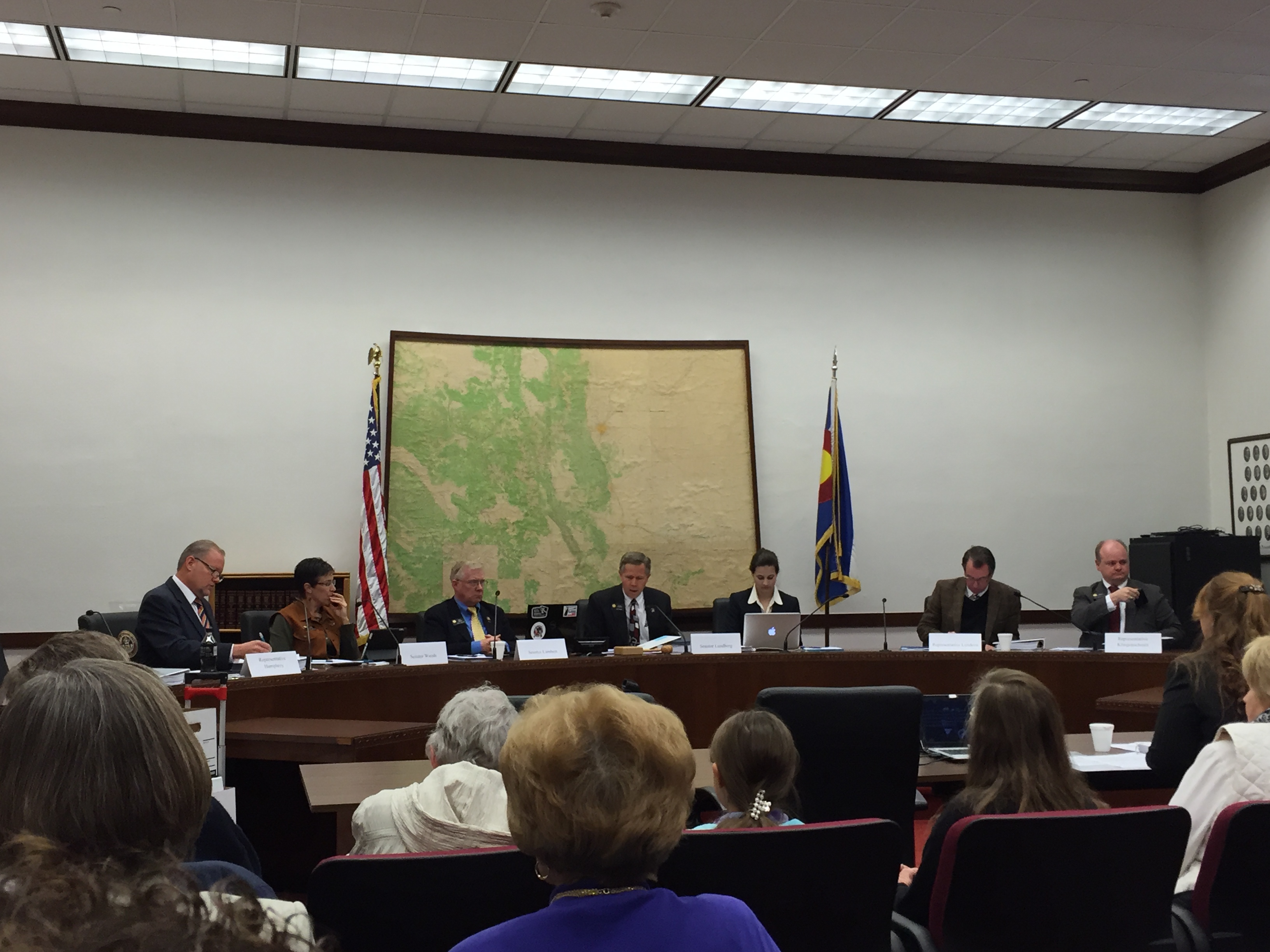 Today, the Republican Study Committee of Colorado (comprised of a number of state senators and representatives) held an informational hearing on Planned Parenthood of the Rocky Mountains.

One expert, Dr. David Prentice, flew in from Washington, D.C., to testify. Dr. Prentice is the Vice President and Research Director for the Charlotte Lozier Institute, as well as an Adjunct Professor of Molecular Genetics and an Advisory Board Member for the Midwest Stem Cell Therapy Center. He has personally performed federally funded research on human tissue, but never on fetal tissue. Dr. Prentice told the Committee that scientific research using fetal tissue is outdated, unethical, and unnecessary. He provided a short history of fetal tissue research – which was used as far back as the 1920s, stating that “fetal stem cells had its golden age in the 50s and 60s.”

Dr. Prentice detailed just a few of the horrific results that have been documented when fetal tissue is used to treat diseases:

Despite Planned Parenthood’s continual claims that the harvesting of baby body parts is necessary for science, multiple scientific studies demonstrate that adult stem cells and stem cells obtained from umbilical cord blood are most successful in treating diseases such as Parkinson’s and sickle cell disease. Adult stem cells are also being used to pioneer new medical advances. Representative Janak Joshie (a medical doctor himself) and Dr. Prentice both explained some of these advances, which include using a person’s own adult stem cells to create new kidneys for transplant. Researchers at Colorado University believe this advance might be completed and ready for use in just a few years. Another advance was described by Dr. Prentice as almost “like Star Wars,” where a solution containing stem cells is sprayed over open wounds and acts as a successful sealant.

Dr. Prentice shared how adult stem cells are being successfully used for “modern modeling in the lab” and for “vaccine production in the lab.” Although Planned Parenthood attempts to create fear among the public by insinuating that vaccine production relies on the harvesting of fetal tissue, the fact is that modern science has already moved away from the use of fetal tissue.

Most U.S. manufacturers of vaccines do not use fetal tissue. … There’s very little need for any fetal tissue, including in vaccine production.

Dr. Prentice revealed that the Center for Disease Control (CDC) itself has written that “no new fetal tissue [is] needed” for cell lines. According to Dr. Prentice, a new Ebola vaccine that is proving successful did not, in fact, use fetal tissue. Instead, monkey tissue was obtained and used in the revolutionary vaccine’s production. The use of fetal tissue “relies on antiquated science,” while adult cell stems is a virtually unlimited research source. The scientists behind pluripotent adult stem cells won a Nobel Peace Prize in 2012. Dr. Prentice shared that “As of December 2012, over one million patients have been treated by just a single type of adult stem cells.” He noted www.StemCellResearchFacts.org, where the “peer-reviewed and published” successful use of adult stem cells are documented,

According to Dr. Prentice, the use of “fresh, fetal tissue in research is frankly, an antiquated, dying science” that has been “replaced by more successful and progressive” methods. Using adult and umbilical cord stem cells eliminates the “grave ethical issues” involved in fetal tissue research. Dr. Prentice applauded these “non-controversial and successful options.” He is a human being, not “raw material.”

Dr. Prentice also pointed out that women deserve to be fully informed about the scientific realities of fetal tissue research. He informed the Committee that a Planned Parenthood consent form (which he brought to the hearing) told women that the fetal tissue they donated could “treat and find a cure for diseases.“ Dr. Prentice stated that the named diseases had “obviously not been cured, and certainly not using fetal tissue.” Due to the modern realities of science that Planned Parenthood fails to tell women, Dr. Prentice asserted that this “informed consent” form was actually “misleading” and failed to “inform women.”

One of Dr. Prentice’s final observations was that the babies who are harvested are often taken at ages where they feel pain and where “fetal surgery is now used to treat babies in the womb.” He reminded the Committee that these babies  should be recognized for the human beings they are “instead of using them as raw material.”