Taxpayer-funded Planned Parenthood is seeking to hire staff to push for activist, pro-abortion judges in the hopes that abortion without restrictions will be upheld at any cost. Though the American public holds an unfavorable view of abortion on demand, Planned Parenthood has looked to the courts to protect abortion since the Supreme Court legalized it nationwide in 1973. Now, the nation’s largest abortion business sees cracks developing in that protective wall.

Three weeks ago, during the Supreme Court confirmation hearings of Brett Kavanaugh, Planned Parenthood posted a job opening for a Judicial Nominations Director. Could this indicate that the abortion corporation is worried? 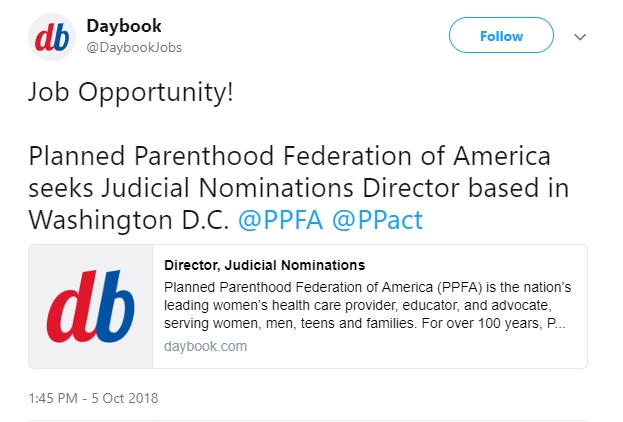 Planned Parenthood Federation of America posted this ad to its LinkedIn page, Indeed.com, and Daybook jobs. It reads, “Planned Parenthood Federation of America (PPFA) seeks a dynamic and effective Director, Judicial Nominations who will report to the National Director of Legislative Affairs in the Office of the Vice President of Policy and Government Relations.” That person, according to LinkedIn, happens to be Dana Singiser, who was added to PPFA’s team while working in the Obama White House in 2011. According to the announcement, Singiser is deeply entrenched in Democrat party politics. 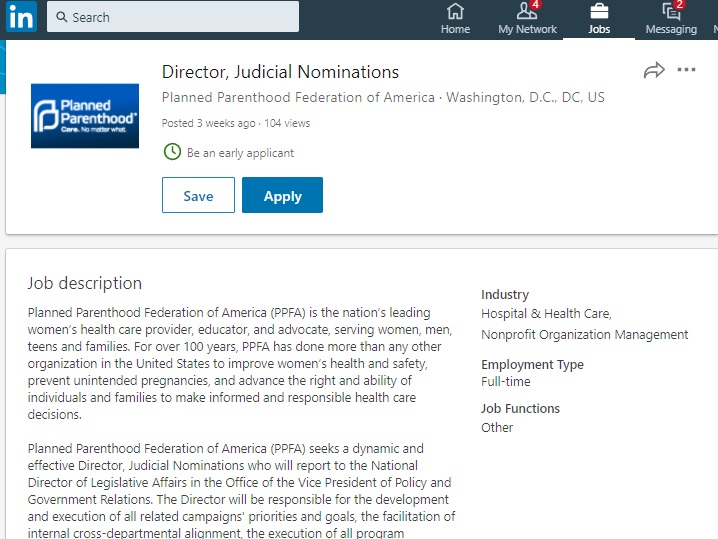 Notice that the job posting doesn’t mention abortion; however, just as in the case of Brett Kavanaugh, that’s what judicial fights are really about for Planned Parenthood.

What exactly will a Judicial Nominations Director do for Planned Parenthood?

According to the posting, “The Director will… be responsible for executing a strategic, intense campaign that educates members of the Senate on the harmful records of nominees, elevates for Planned Parenthood supporters and affiliates what is at stake for reproductive health and rights.” 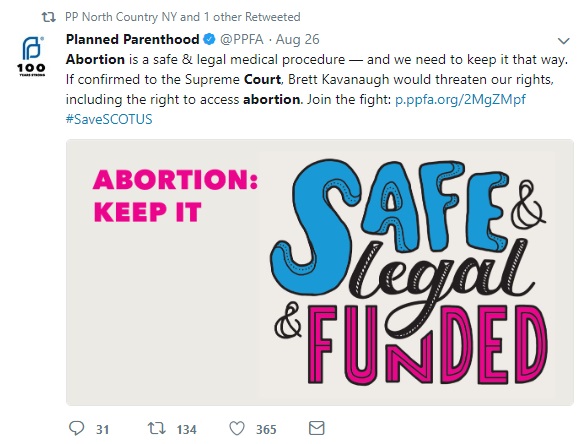 In addition, Planned Parenthood’s Judicial Nominations Director will be responsible to “[l]ead in-depth research in consultation with Litigation & Law including review and analysis of nominee’s case law and writings; interrogation of nominee’s personal and professional beliefs, associations, and memberships; as well as general opposition research in order to identify each nominee’s vulnerabilities and be able to drive a cohesive national narrative that informs in-state target Senator campaigns.”

Planned Parenthood masquerades as a healthcare organization; yet, as Live Action News has previously reported, the organization’s former CEO, Cecile Richards, openly stated that it aimed to be “the largest kick-butt political organization.”

Planned Parenthood’s own figures indicate that while profitable abortions are on a steady decline nationally, it holds nearly 35 percent of the abortion market share.

In addition, almost every year since 2000, Planned Parenthood’s revenue has exceeded its expenses by tens of millions of dollars (yearly surpluses range from $12.2 million in 2001 to a high of $155.5 million in 2010). And yet, it still receives half a billion dollars from taxpayers annually. 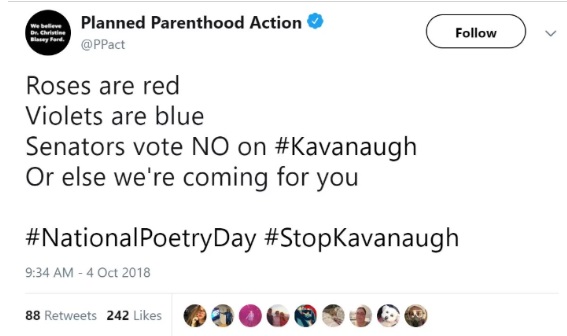 This organization’s idea of a “harmful nominee” would be any judicial originalist who vows to look at the case and judge the merits against the original intent of the U.S. Constitution rather than some perceived right, like abortion on demand, not stated in the document.

Planned Parenthood receives over $500 million dollars a year from taxpayers, yet despite its dwindling health services and customer base, it is invested in placing radical activists on the court who will continue to force Americans to fund and uphold its abortion empire, while striking down any and all abortion restrictions.

Planned Parenthood has been embroiled in multiple scandals: accusations of fraud and abuse of taxpayer dollars like those given to it through Medicaid; failure to report child sexual abuse despite it being required to do so to receive Title X funding; referral for an FBI investigation into the illegal selling of aborted baby body parts — and the list goes on. Yet, with its half a billion in tax dollars yearly, it is clear that the abortion corporation’s influence over judicial nominations at the local and federal levels would only serve to benefit its own abortion business.