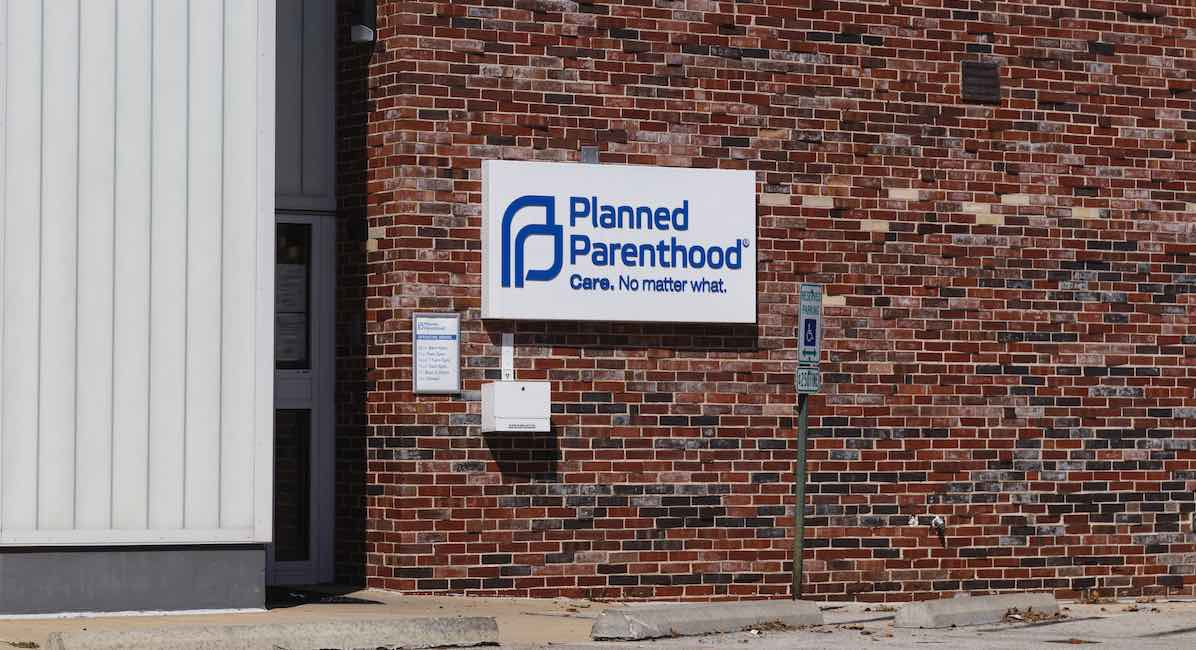 According to numerous testimonies, Planned Parenthood has a long history of coercing women into abortion. Planned Parenthood was able to commit a record 345,672 abortions in 2018, despite an overall national decline. Because research has determined that a large percentage of women are pressured into abortions, we can reasonably assume that some of Planned Parenthood’s abortions were coerced in some way — either through subtle pressure or by ignoring the literal cries of women in their facilities. The abortion corporation now holds 40% of the abortion market, despite being caught on camera lying to women.

In a multi-state undercover investigation into Planned Parenthood, Live Action found that the abortion corporation uses fabricated medical information to coerce women into abortion. During that investigation, a Planned Parenthood in Wisconsin was caught lying about fetal development, and telling a patient that the heart doesn’t begin to beat until 17 or 18 weeks. (In reality, the heart begins beating just three weeks after conception.) They also told the patient her baby was not a baby until at least seven months or at birth, and urged her not to wait for an abortion to save money. Women who have undergone abortions at Planned Parenthood have shared similar stories.

Dr. Brent Boles detailed the story of a patient who visited Planned Parenthood in Knoxville, Tennessee. She was seven weeks pregnant, and asked if there was a heartbeat. Staff told her, “There is cardiac activity, but it’s too early to call it a heartbeat.” Boles didn’t mince his words on this blatant lie. “If the heart’s activity is visible, there is a heartbeat,” he said. “There is no medical literature that says otherwise.”

The reason Planned Parenthood staff alters the terms they used to describe a heartbeat, said Boles, is because they know that after hearing the heartbeat, women are less likely to go through with an abortion. In addition, Boles’ patient was pregnant with twins, which the sonographer failed to mention because, as Boles explained, a woman who learns she is having twins might have second thoughts about abortion because of the presence of two babies. The presence of twins obliterates the idea that a mere “pregnancy” is ended in an abortion, and humanizes the children in the womb. Boles’ patient had taken the abortion pill, but thankfully, it failed, and a few weeks later, she and her babies were both doing well.

A woman named Shadida shared a similar story about her visit to Planned Parenthood. “I was told I was 11 weeks pregnant and that my pregnancy was a ‘clump of cells,'” she recalled. “I was told to hurry to make an appointment if I wanted an abortion because at 12 weeks, the price would be higher. I was not given any counseling of any kind whatsoever. Today, I deeply regret my abortion.”

Author Terry Ianora shared the story of a pregnant woman who had an abortion she was pressured into by Planned Parenthood. The story was relayed to Ianora by MT Hall, a former director of Birthright pregnancy resource center:

This was her fourth pregnancy but would be her third baby. When she was last pregnant, she had gone to Planned Parenthood. Her husband was unemployed at the time, and the woman there put a huge guilt trip on her. The woman was very negative regarding when her husband might be employed again. She told her that she had no business putting further burden on her husband, it wasn’t fair to the children she already had, etc.

The worst was that the woman convinced her to have an abortion without consulting her husband!

When the husband learned of the abortion, he was heartbroken. “He said, ‘Do you really have so little faith in me that you thought I wouldn’t take care of my family?'” Their marriage was nearly destroyed, thanks to Planned Parenthood’s narrative that poor financial status dictates a need for abortion.

Another woman shared with Silent No More, an organization dedicated to post-abortion healing, that she went to Planned Parenthood to learn about her options. However, abortion was presented as her only option. “I was asked why I was there and told them that I was pregnant and not sure what I wanted to do,” she said. “The woman brought me in an office and proceeded to push papers in front of me to start the abortion process. I asked if they had any information on options. She motioned to a rack with a few pamphlets in it and treated me like I was wasting her time. Instead she started to ask, ‘Do you want your life to be ruined by a baby? Do you think the father is going to stick around?'”

Annette Lancaster, a former Planned Parenthood manager, said that it was part of the job to coerce women into having abortions. “[S]ometimes women would come in and they would say, ‘you know, I’m not really sure if this is what I want to do.’ And we were taught to tell them this is the best thing for you,” she said. “It’s good for this time in your life. You either need to continue your career or continue your schooling or it will be the best thing for the children that you already have. You’ll be able to have children again in the future. This is just not the right time for you.”

“I remember that day when I walked in there. I remember what I was wearing. I remember how I was shaking and I was crying,” Dana told Live Action News. “I go back to that time and think maybe if they had turned me away and said this doesn’t look like something you want to do. If they had told me to think about it a little longer. Why didn’t they just tell me to go home? I would have never gone back. But they didn’t.”

Dusty Johns underwent an abortion that was forced on her by her boyfriend. She too went to Planned Parenthood. “From the moment we walked in the clinic doors,” she said, “there was little to no eye contact, no comforting touches, no reaffirming questions like, ‘Are you sure you want to do this? Are you okay?’ even when they could see me crying and shaking in fear.”

Planned Parenthood’s focus is not on helping women. The abortion giant has gone as far as to hire “abortion patient navigators,” who work to ensure nothing deters women from choosing abortion. Former Planned Parenthood staff members have shared stories about how they would be reprimanded for not selling enough abortions, and how they had abortion quotas to meet.