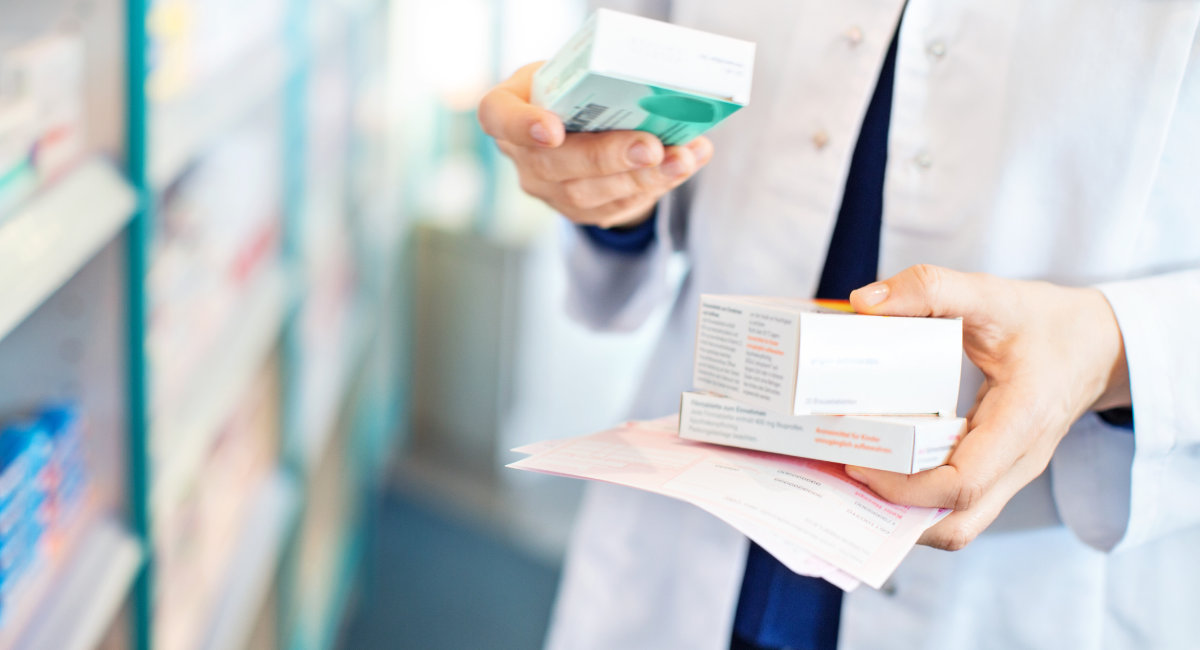 Pharmacy-dispensed abortion pills are on the fast track to approval, if abortionist Daniel A. Grossman has his way. The former NARAL board member — with ties to at least one organization funded by abortion pill manufacturer Danco Laboratories — has been conducting clinical trials for the abortion pill dispensed by pharmacists. The only thing holding it back is a safety system called REMS, put in place by the Food and Drug Administration (FDA).

Currently under REMS, abortion pills are only allowed to be dispensed in person by an approved prescriber, not online or through a pharmacy. However, using the COVID-19 pandemic as a Trojan horse, the Biden-Harris administration’s FDA has allowed the pills to be dispensed online — and soon, pharmacy dispensing could also be approved.

In the first of the two trials, entitled, “Medication Abortion Via Pharmacy Dispensing,” women 15 years and older seeking abortion obtained mifepristone and misoprostol (the two pills that make up the abortion pill regimen) by picking them up at the pharmacy instead of in an abortion facility.

The results of that now-completed trial were published in “Obstetrics & Gynecology,” the journal of the pro-abortion American College of Obstetrics and Gynecology. In that report, three of the authors disclosed their financial ties as “consultants” of the abortion pill manufacturer Danco Laboratories or its generic manufacturer, GenBioPro.

“4 patients (1.5%) [in the trial] had an adverse event possibly related to the abortion. None was serious, and none was related to the mifepristone being dispensed by a pharmacist,” alleged Grossman in a long twitter thread. 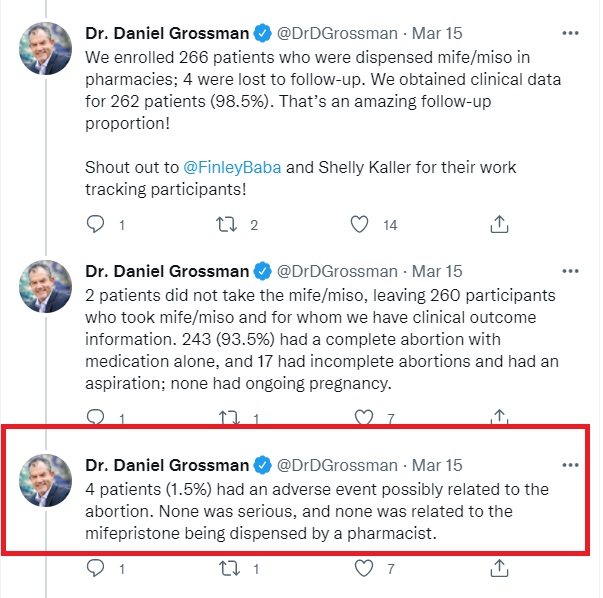 “No chain pharmacy participated, which may limit generalizability. In more conservative states, it might be hard to find pharmacies and pharmacists willing to dispense mifepristone. When the REMS is removed, mail-order pharmacies will likely play an important role,” Grossman also tweeted.

And this could be soon, as the Biden-Harris administration and pro-abortion lawmakers are pressing hard for these safety protocols to be removed entirely. 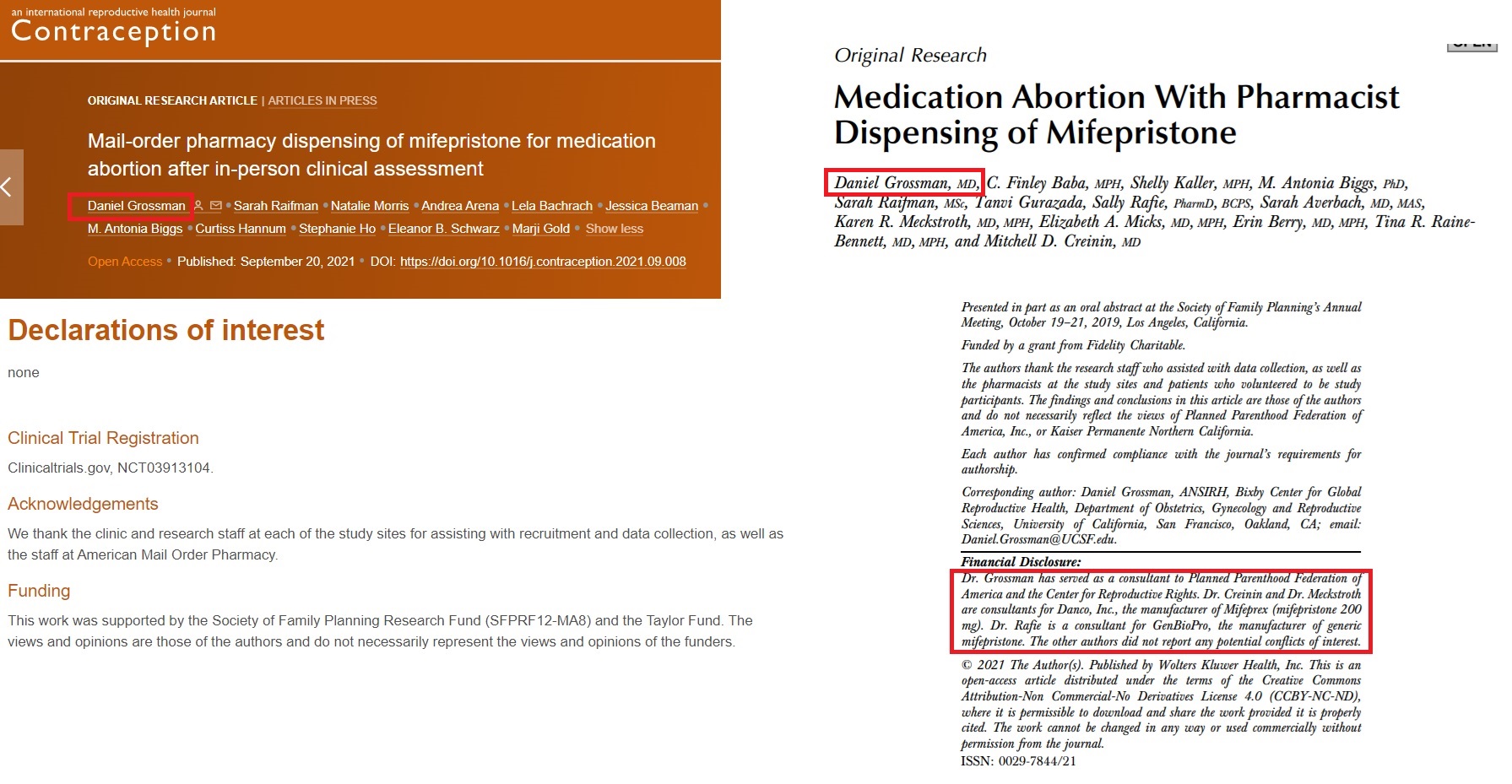 In September of 2021, the journal “Contraception,” where Grossman sits on the editorial board, published an interim analysis of that ongoing pharmacy abortion pill study. It was funded by the Society of Family Planning Research Fund and the Taylor Fund.

Soon a “pilot study among two pharmacists providing start to finish medication abortions to 10 patients utilizing a previously created toolkit,” will begin. The so-dubbed “Pharmacist Provision of Medication Abortion Pilot” is sponsored by the University of California, San Diego under the direction of Sarah Averbach, MD.

In June, Grossman, a National Abortion Federation (NAF) board member along with his colleagues (three of whom were consultants for Danco, Inc, the manufacturer of Mifeprex and the generic GenBioPro), published data from a survey on “pharmacists’ knowledge, perceptions, and experiences dispensing mifepristone” from the six clinical sites in California and in Washington state. 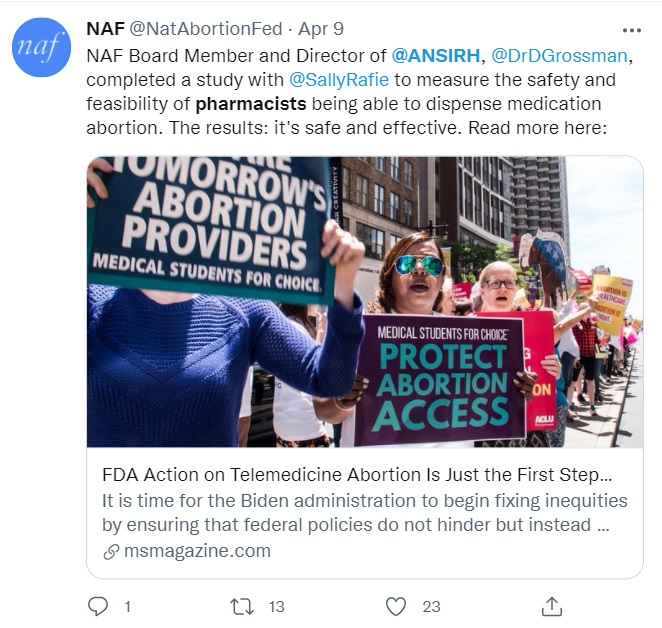 The chart below reveals that even after follow-up, less than half understood the effectiveness of the regimen and the gestational age limits of the abortion pill approval by the FDA. In addition, barely half of pharmacists (51%) understood the percentage of patients requiring blood transfusions, (53%) understood the risks of taking mifepristone, (53%) minor consent laws for abortion. While just one-third (30%) understood adverse effects such as fevers and chills. 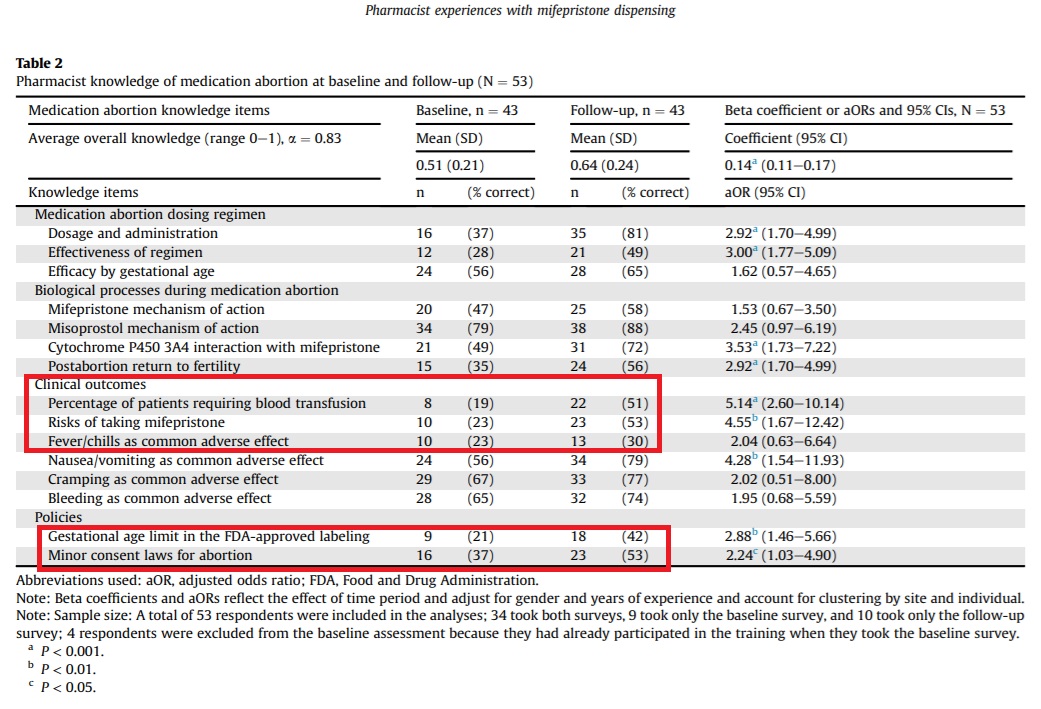 “We acknowledge important limitations to our study, including the fact that it took place in 2 states with supportive policies toward abortion, which may limit the generalizability of the findings,” the authors wrote.

“Because the pharmacy sites initially agreed to participate in the study and offer mifepristone dispensing, pharmacist refusal to dispense in this study is potentially less common than in a real-world scenario,” the authors added.

The abortion industry is fully aware how physicians are hesitant to commit abortion and many do not want to stock abortion-inducing drugs. Dr. Daniel Grossman’s pharmacy study protocol confirms this, stating that “the dispensing requirement [under REMS] represents a barrier to access” and limits “the number of providers of medication abortion….”

He continued, “In light of a declining number of abortion providers in the US… pharmacy dispensing could also help increase [emphasis added] the number of clinicians willing and able to provide medication abortion by enabling them to avoid the associated costs and logistical challenges of stocking and dispensing the medication at their facilities.”

Gone are the days of desiring “safe, legal, and rare” abortions. Today, the focus is on keeping abortion legal, and increasing those numbers — regardless of safety.