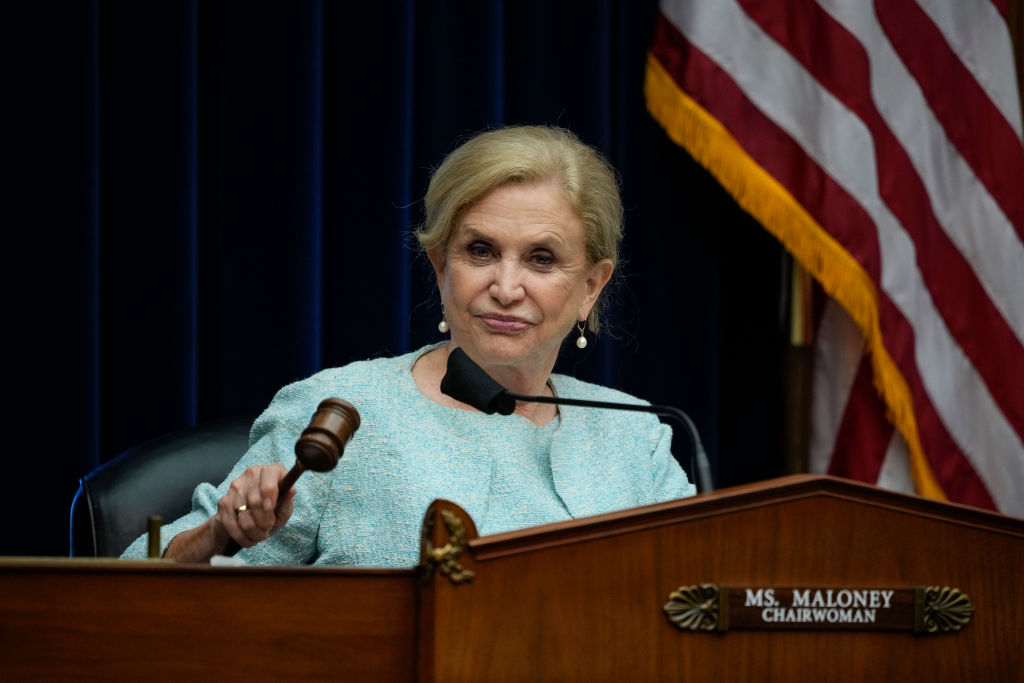 When pro-abortion legislators and abortion advocates successfully pressured the Food and Drug Administration (FDA) to lift its decades-long REMS (Risk Evaluation and Mitigation Strategy) in the name of “safety” due to the COVID-19 pandemic, pro-lifers predicted that the pandemic was being used as a cover for the real goal: eliminating the dispensing restrictions and other safety requirements altogether to increase abortion pill sales. Those fears were confirmed this week, as NBC News reported that on August 19, pro-abortion members of the House’s Oversight Committee “announced a resolution […] pressuring the Food and Drug Administration to permanently lift the in-person requirements” on the abortion pill.

The in-person requirement that the abortion drugs (mifepristone and misoprostol) be dispensed by a licensed physician’s office is a safety measure intended to decrease serious complications. The drugs have historically only been given following an exam and ultrasound to accurately date the pregnancy and rule out an ectopic pregnancy — both vital to ensuring a woman’s safety.

The Charlotte Lozier Institute blasted this prioritization of politics over women’s health, noting “Biden-Pelosi Democrats have exploited the pandemic as an excuse to roll back FDA safety regulations and turn every pharmacy and post office into an abortion center – a long-term goal of the radical abortion lobby. Now all pretense is removed. With at least a fourfold higher rate of complications compared to surgical abortion, chemical abortion drugs are not safe for women or their unborn children. The profit-driven abortion industry would leave women to fend for themselves, without medical supervision, to face risks such as severe bleeding, infection, incomplete abortion, and in some instances even death. Pro-abortion Democrats’ agenda is reckless and extreme and the strong majority of Americans oppose it. We are grateful to all our allies in Congress and the states who are truly following the science, fighting back by advancing legislation to safeguard the vulnerable.”

Spearheaded by Committee Chairwoman Carolyn Maloney (D-N.Y.), Rep. Diana DeGette (D-Colo.), Rep. Barbara Lee (D-Calif.), and Rep. Ayanna Pressley (D-Mass.), the resolution aims to permanently undo FDA safety regulations that have been in place for the dispensing of the abortion pill since the Clinton administration. “It’s time that we trust the science and ensure access to safe, legal abortion, particularly for communities where abortion care has been historically pushed out of reach,” Rep. Maloney commented. “I plan to continue this fight until everyone can freely exercise their right to access abortion — including medication abortion.”

NBC further quoted Dr. Jennifer Villacencio of Michigan, a fellow and ‘lead for equity transformation’ at the openly pro-abortion American College of Obstetricians and Gynecologists (ACOG). NBC failed to acknowledge that Villacencio profits financially by committing chemical abortions and thus has a significant conflict of interest in commenting on the safety of the abortion pill. She called the safety dispensing requirements “not scientifically based or needed” and said they create a “barrier for people to access this medication in a political environment where it is already very difficult to obtain an abortion.” Again, her concern is with expanding access to abortion. Villavicencio has previously made bizarre claims that the early fetal heartbeat is not in fact a heartbeat but is instead just ‘fetal cardiac activity,’ and misled about a preborn child’s ability to feel pain specifically in the context of a depiction of an ultrasound-guided abortion in the 2019 film Unplanned.

READ: ‘So weak she could barely hold onto my hand’: Father recounts losing daughter to abortion pill

Despite abortion advocates’ appeals to ‘trust the science,’ science is precisely what pro-lifers are following when they call for renewed vigilance around the use of these drugs. Research shows that chemical abortions, which are carried out up through 10 weeks gestation, have a fourfold higher rate of complications than first-trimester surgical abortions. Risks of chemical abortions include incomplete abortion, in which parts of the preborn child are not expelled, increasing a woman’s risk for serious, even life-threatening infection, as well as hemorrhage and even death. Severe cramping, heavy bleeding, nausea and vomiting, fever, and chills are all commonly reported by women who undergo chemical abortions. Even ACOG acknowledges that, while rare, the need for blood transfusions due to hemorrhage is nearly ten times higher in women who undergo chemical abortions versus those who have first-trimester surgical abortions.

Unfortunately, as described in detail in a recent national study of deaths and serious adverse events after chemical abortions, which was conducted in part by researchers at the Charlotte Lozier Institute, 2016 changes to mifepristone’s drug label changed complication reporting requirements such that instead of the previous requirement that abortionists “report any hospitalization, transfusion or other serious event to Danco Laboratories” now only deaths attributable to the drug need to be reported to the FDA. Consequently, the possibility of dramatically underreported chemical abortion complications is high, though we have direct evidence of the drugs’ true danger from other countries where safety measures were removed months ago.