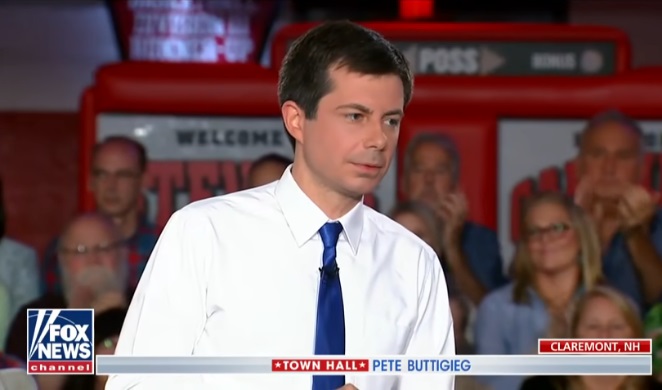 The 2020 Democratic presidential candidates thus far have all taken a position supporting abortion without limit. At the federal level, abortion is legal in the United States up to nine months of pregnancy. While some states have enacted prohibitions on abortion — including restricting the procedure after a certain point in pregnancy — other states permit abortions without exception.

Mayor Pete Buttigieg called abortion a “national right” and an “American freedom” during the recent Fox News’ Presidential Town hall. Host Chris Wallace asked Buttigieg, “[D]o you believe – at any point in pregnancy – whether it’s at six weeks or eight weeks or 24 weeks or whenever – that there should be any limit on a woman’s right to have an abortion?”

Buttigieg responded, “I trust women to draw the line when it’s their own bodies.” He then proceeded to downplay the number of late-term abortions done annually, first calling them “hypothetical,” and then when Wallace corrected him, downplaying and inaccurately representing the percentage of late-term abortions among all abortions in the United States.

Buttigieg: “You know, I think that the dialogue has gotten so caught up on where you draw the line that we’ve gotten away from the fundamental question of who gets to draw the line? And I trust women to draw the line when its their own bodies.”

Wallace: “So… just to be clear… you’re saying that you would be okay with a woman well into the third trimester deciding to abort her pregnancy?”

Buttigieg then suggested that late-term abortions were “hypothetical.”

Wallace disagreed, noting, “It’s not hypothetical. There’s 6,000 women a year who get abortions in the third trimester.” Wallace appeared to be quoting data published by the CDC (more on those numbers later).

Buttigieg dismissed the numbers: “That’s right, representing less than one percent of the cases….”

But according to the most recent data reported to the CDC in 2015, abortions committed at 21 weeks gestation or greater represent approximately 1.3 percent of all reported abortions. This 1.3% statistic is also quoted by Guttmacher, which gathers more comprehensive abortion data. The fact is, abortionists control the abortion data on later abortions and only a small number of states even require abortion data by gestation. And therefore, these numbers are not definitive.

However, although reporting agencies do not break down gestational data beyond 21 weeks, the numbers are far from insignificant. They represent:

That 1.3% represents thousands of human beings.

Would Buttigieg diminish a 1.3% statistic if it represented the number of Americans killed by “gun violence” every year? This is an issue Buttgieg claims he is concerned about.

The CDC’s National Vital Statistics Reports on deaths reveal there were 2,712,630 resident deaths registered in the United States in 2015. Guess what the data shows?

In other words, deaths from firearms, alcohol-induced causes and suicide represent a similar percentage of all deaths to reported later abortions.

Would any pro-abortion candidate — including Mayor Pete — consider these percentages insignificant in those cases?

Buttigieg then went on to repeat additional debunked talking points on the reasons women have late abortions:

So, let’s put ourselves in the shoes of a woman in that situation. If it’s that late in your pregnancy, that means almost by definition you’ve been expecting to carry it to term. We’re talking about women who have perhaps chosen a name. Women who have purchased a crib. Families that then get the most devastating medical news of their lifetime. Something about the health or the life of the mother that forces them to make an impossible, unthinkable choice.

And the bottom line is as horrible as that choice is, uh, that woman – that family – they may seek spiritual guidance. They may seek medical guidance. But that decision is not going to be made any better medically or morally because the government is dictating how that decision should be made.

Mayor Pete is incorrect about reasons for late abortions. According to a study published on Guttmacher’s website, the reasons women gave for why they obtained later abortions included “raising children alone, were depressed or using illicit substances, were in conflict with a male partner or experiencing domestic violence, had trouble deciding and then had access problems, or were young and nulliparous.”

These abortions are far from “moral” and are committed in the most grisly way, many by dismembering children limb from torso — as demonstrated in this video narrated by former abortionist Anthony Levatino:

Polls repeatedly show that Americans disapprove of abortions later in pregnancy. The fact remains, while Buttigieg is in agreement with the Democrat party position of abortion on demand, he is out of step with the American public.