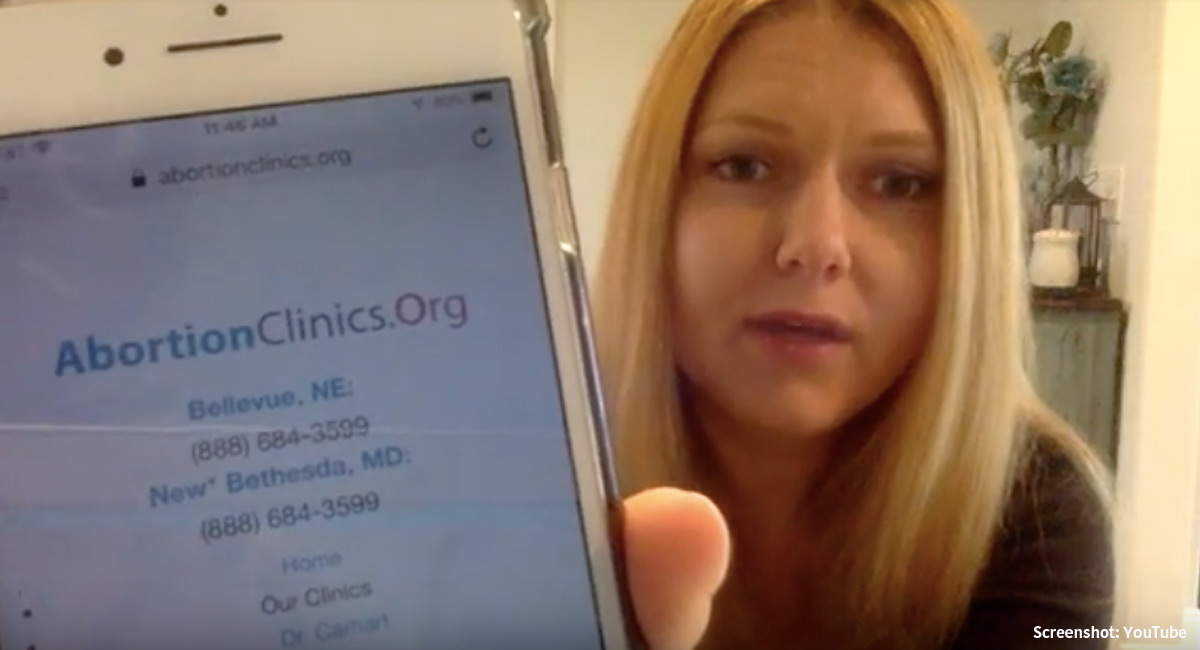 Last month, pro-lifer Jamie Forbes made an undercover phone call to prove how easy it is to schedule a late-term abortion for non-health reasons, contacting Southwestern Women’s Options, a notorious abortion facility in Albuquerque, New Mexico, which allowed her to schedule an abortion at 32 weeks.

Now, Jamie is back with more videos of phone calls to show that abortion facilities don’t really care what the reason is for a woman’s late-term abortion. In other words, it doesn’t have to be for “health” reasons — and this practice of late-term abortions for any reason whatsoever isn’t limited to New Mexico.

Jamie writes on her blog:

A c-section can be performed in 45 minutes. The abortion procedure after 25 weeks takes 4 days, and the mother still has to go through arduous labor, says late-term abortionist Shelley Sella. Why does the baby have to be delivered dead, you might ask? It doesn’t. People are assuming a life or death situation, because the law allows for abortions for the health of the mother. Health, however, can be loosely interpreted to encompass psychological health, familial health, and even economic health.

Babies born at 21 weeks and later have survived. In the first video below, Jamie attempts to schedule a 27.5 week abortion (entering the third trimester) in Maryland — a facility operated by notorious late-term abortionist LeRoy Carhart, whose negligence has cost women their lives.

At one point, Jamie asks the abortion worker on the phone, “When you’re inserting the lethal injection through the heart of the baby, does the baby feel pain?” The worker, after an uncomfortably long pause, simply replies, “no.”

“How does it not?” Jamie asks.

The worker says, “There’s no studies to show that it does or doesn’t ’cause it’s inhumane to do those kinds of studies on pregnant people.”

Jamie remarks after she hangs up, “… They tell you that there’s no pain because they cannot do studies on babies getting a needle stuck in their heart, so therefore they don’t feel pain, because there is no research to suggest there is pain… but there’s been no research…. Is anyone else confused?”

In the second video, Jamie calls to schedule an abortion after 26 weeks at Warren Hern‘s Boulder Abortion Clinic, a late-term facility in Colorado. Hern has also been sued by at least one patient, who was left sterile.

Jamie says, “Well, she explicitly said they see patients around the world at any stage of pregnancy. It’s just on a case by case basis, on whatever measurements I guess she asked for the fetus…. Oh, and also, no questions asked about whether the baby had a fetal anomaly or whether I had a medical condition. They don’t care. It’s all about how big the baby is. So, you know, if the baby’s too big, maybe it’s not gonna work, but if I’m measuring ok, then sure, why not.”

Jamie writes on her blog, “The number of late-term abortions could be dramatically higher if women did not have to travel to one of these three locations or raise upwards of $8,000 for these procedures. Anyone who believes that second and third trimester abortions are rare and necessary is truly living in the dark (in a very dark world).”