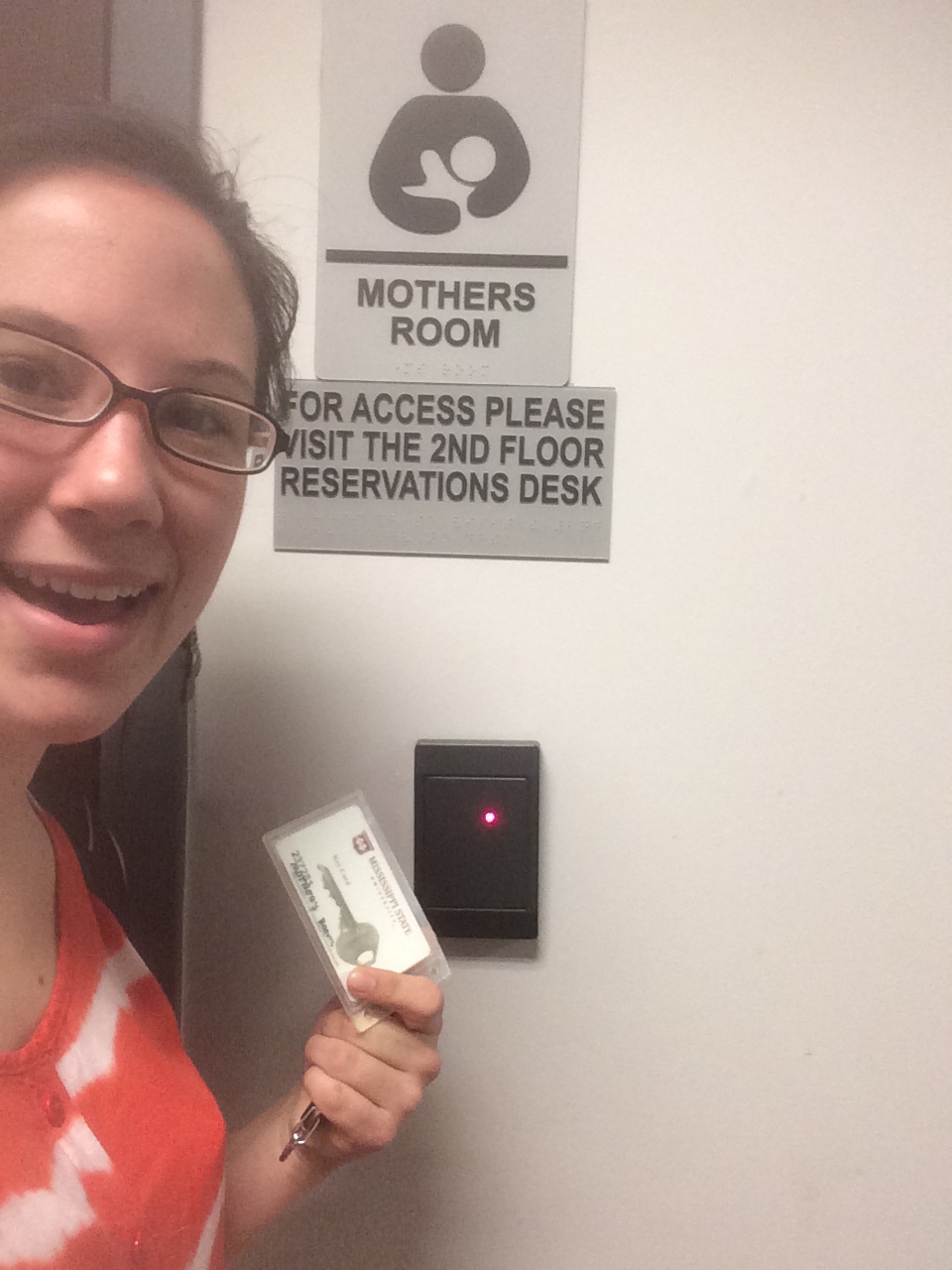 In a display of providing mothers with real options, Mississippi State University (MSU) senior Anja Scheib, as part of the Pregnant on Campus Initiative, has successfully lobbied her school to provide key card access to campus lactation rooms for breastfeeding students and staff members.  Her efforts may go a long way, as Mississippi has one of the worst breastfeeding rates in the country.

Fortunately, a 2006 state law says that breastfeeding mothers cannot be discriminated against, according to WTVA. But, Scheib still felt the need to act with the recent system in place not working.

To use one of the lactation rooms, mothers had to find someone in the building with a key, and leave their ID with them, which could cost precious time between classes.

As part of her project with the William Wilberforce Fellowship through Students for Life of America (SFLA), Scheib lobbied the school for a key card system for the two most heavily trafficked rooms. The rooms will serve as sort of a trial run, and if successful, a system will be in place for all six rooms.

Such efforts from students like Scheib are a stark contrast to the demands made by students at campuses like UC Berkeley, where last month the undergraduate student senate passed a resolution demanding on-campus medication abortions be offered at the student health center. Even more worrisome, the resolution lacked transparency, with other students and the media not immediately aware.

Since then, Berkeley’s graduate student senate passed a similar resolution, and students took to making their demands through pro-abortion op-eds and a petition. They even suggested that university administrators take a pay cut to cover the cost of the abortion.

Scheib’s idea for paying for her pro-family initiative came to fruition after working with local La Leche League leaders, the campus health center and the school administration. No demands were made, and, instead of pay cuts, the initiative will be paid for with subsidies from Student Affairs and University President Mark Keenum and his Presidents Commission on the Status of Women.

But perhaps most important is the matter of choice. Students like Scheib though are creating choice for mothers who have courageously chosen life and are trying to feed their babies while still working or going to school – a welcoming, pro-life mentality. But the Berkeley students, in pushing only what they believe are the benefits of on-campus medication abortions, create a pro-abortion mindset rather than one that offers real options for women.

Scheib emphasized such points in her interview with WTVA:

Staff, faculty, and students breast-feed on campus, and it’s a belief that we have that women should not have to quit school or work or breastfeeding in order to fit a lifestyle where they can do all of that.

Now, this helps between classes and between work schedules, so people can nurse and pump on campus, and not feel like they have to go home or give up.

The initiative has already helped one student mom, Aysia Houston, who is “extremely happy” and calls the effort “amazing.” Even more touching is how pleased she is since she told WTVA “I never thought a university would be this concerned about breast-feeding moms.”

The Pregnant on Campus Initiative, part of Students for Life of America, offers other services for pregnant and parenting women at MSU and other campuses nationwide.