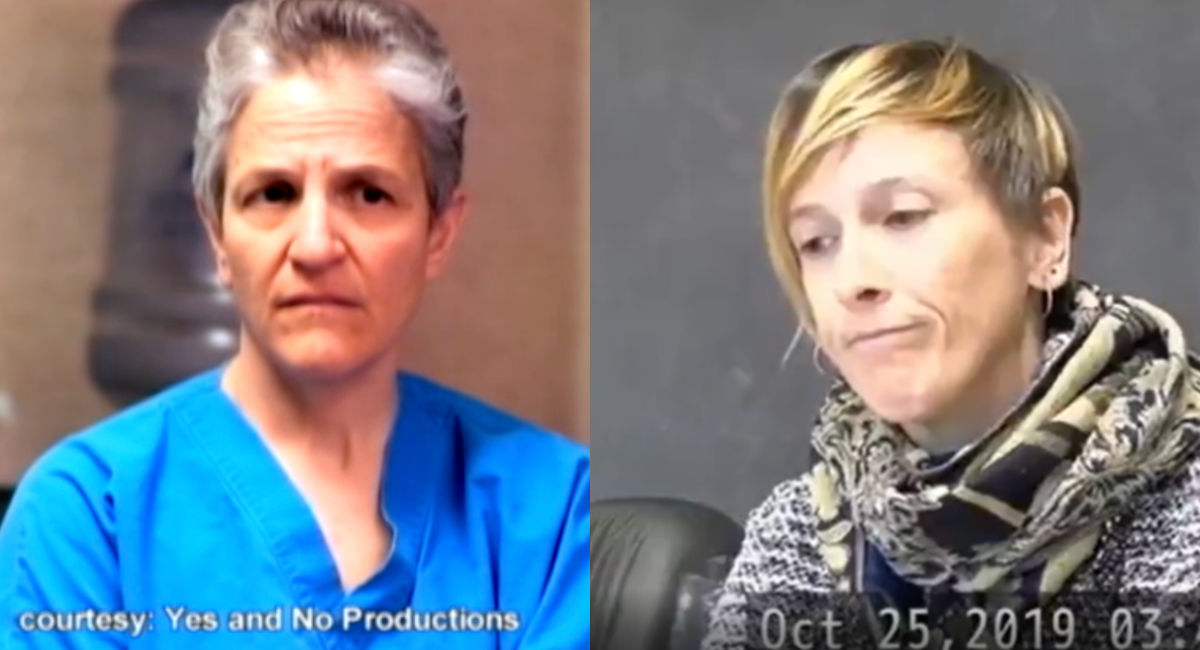 Last year, it was revealed that Keisha Atkins, who died after a late-term abortion, had been drugged repeatedly before her death. Now, new information has come to light suggesting Atkins may have been an unwitting participant in a series of experiments committed by abortionists at Southwestern Women’s Options (SWO) in Albuquerque, New Mexico.

On January 31, 2017, Atkins visited SWO to undergo an induction abortion procedure at approximately six months pregnant. This is a procedure which takes several days; the abortionist begins by injecting a feticide, such as digoxin, into the preborn baby’s heart. The abortionist then inserts laminaria (seaweed sticks) into the woman’s cervix, which cause gradual dilation of the cervix, and the woman leaves the facility. Three to four days later, she returns to the facility to deliver the body of her dead baby, although women sometimes end up going into labor early, delivering at home or in their hotel rooms.

Documents obtained by Abortion on Trial showed that abortion staff administered multiple doses of dangerous medications — fentanyl, Versed (midazolam), and oxycodone — to Atkins over the course of several days. Staffers did not monitor her condition after she left the facility. Staffers continued giving her drugs even after she began suffering from labored breathing — a known potential side effect of the drugs.

The document claiming Atkins needed a late-term abortion for her “physical, family, and mental health” was signed by SWO abortionists Shannon Carr, Carmen Landau, and Shelley Sella. Carr testified that Atkins “needed” an abortion so she could find a better job than one Carr clearly looked down upon. Carr later testified:

Again, wanting to get more education, not just work at Applebee’s for the rest of her life. Um, you know, I can’t know what she’s wanting to do with her life but certainly, having a child changes the calculus of what a young Latina woman is able to do in this- in this country.

It’s not known which abortionist at SWO is responsible for Atkins’ death, but four abortionists are contracted to commit abortions there: Carr, Sella, Landau, and Curtis Boyd, who owns the facility.

Recently, Abortion on Trial discovered that Sella and Landau experimented on hundreds of women by administering mifepristone during a late-term abortion, later publishing a study on the results. Their goal appeared to be speeding up the late-term abortion process in order to commit more abortions in a shorter period of time.

Landau and Sella were named as authors on the study, along with staff at University of California San Francisco (UCSF) — an abortion training facility — in which 501 women participated. Half of the women were given mifepristone during their induction abortions, while the other half were not. All of the women were past 24 weeks pregnant, and 48 of the participants were minor children.

Also involved in the study was abortionist Daniel Grossman, who has served as a biased “fact-checker” for Facebook. He has committed late-term abortions, has connections with Planned Parenthood, and previously served on the board for Whole Woman’s Health — the scandal-ridden abortion chain with a long history of health and safety violations. He is also a staff member for the Bixby Center for Global Reproductive Health at UCSF, which trains future abortionists. Grossman has advocated heavily for wider access to the chemical abortion pill in an effort to normalize at-home, DIY abortions.

Keisha Atkins’ death was included in the medical research article, which Landau neglected to mention during previous testimony about Atkins’ death. According to the medical examiner, Atkins reportedly died after suffering pulmonary thromboembolism, or blood clots in the lungs. Yet her autopsy report shows nothing indicative of a pulmonary thromboembolism; in fact, e-mails from University of New Mexico (UNM) Hospital medical professionals expressed skepticism about her cause of death.

“Everything about her course was consistent with septic abortion→ refractory septic cardiomyopathy [heart failure due to infection] → death,” emergency medician physician Trenton Wray wrote, with radiologist Dr. Gary Hatch writing, “Second review reveals no segmental or larger emboli. There just simply isn’t PE [pulmonary embolism]… There was no massive PE present at the time of scan. Period… I am also confident there was no segmental or greater PE.” In another e-mail, Medical Investigator Lauren Dvorscak — who performed Atkins’ autopsy — admitted that Atkins had suffered from sepsis.

Sepsis is a known potential side effect of taking the abortion pill regimen, misoprostol and mifepristone, which were both given to Atkins.

In addition to Atkins’ death, there were also other complications reported in the study, including “hemorrhage, cervical laceration, retained placenta, and extramural delivery.” Seven patients were reported as having to be admitted to the hospital; it’s not clear if Atkins is included as one of those seven. Ultimately, after “no perceived benefit” to using abortion pills with the induction abortion procedure, the abortionists went back to committing induction abortions as usual, without mifepristone, in May of 2017.

Did the abortionists also experiment on Atkins’ sister?

Atkins’ sister, Nicole Atkins, also underwent a botched abortion by SWO abortionist Shelley Sella. Like her sister, Nicole was repeatedly drugged for days throughout the procedure, and misoprostol was one of the drugs administered. Sella committed an induction abortion using digoxin, even though Nicole was just 17 weeks pregnant, and digoxin is not recommended to be used earlier than 20 weeks.

Nicole did not consent to the use of digoxin or misoprostol, or for her baby’s body or organs to be donated. She did not know, and was not told, that Southwestern Women’s Options had partnered with the University of New Mexico (UNM) for its research program, which was specifically seeking “digoxin treated brain.” Documents seem to indicate that Atkins’ baby was, indeed, given to UNM, which could be the reason why Sella committed an induction abortion using digoxin, as opposed to the dilation and extraction (D&E) procedure recommended for 17 weeks gestation. The procedure was ultimately badly botched, with Sella’s cervical dilators causing lacerations, which led to a hysterectomy and ongoing physical pain.

With Nicole Atkins’ abortion taking place in 2010, it seems she was not specifically part of the Sella/Landau study — but it seems to indicate SWO’s willingness to alter abortion procedures specifically for the purpose of harvesting requested fetal body parts without women’s knowledge or consent — a potential violation of the law. As Live Action News previously noted, “According to the Center for Medical Progress, the law stipulates that there should be ‘no alteration of the timing, method, or procedures used to terminate the pregnancy’ in order to better harvest the tissue of aborted children.”

“It [the risk] doesn’t go away if you decide the keep the pregnancy,” she said. “It just gets more. Right? So the bigger the pregnancy, your risk of having severe bleeding, surgery, or death — it’s all higher than having this abortion.” Landau also sent 17 patients to the hospital in four years.