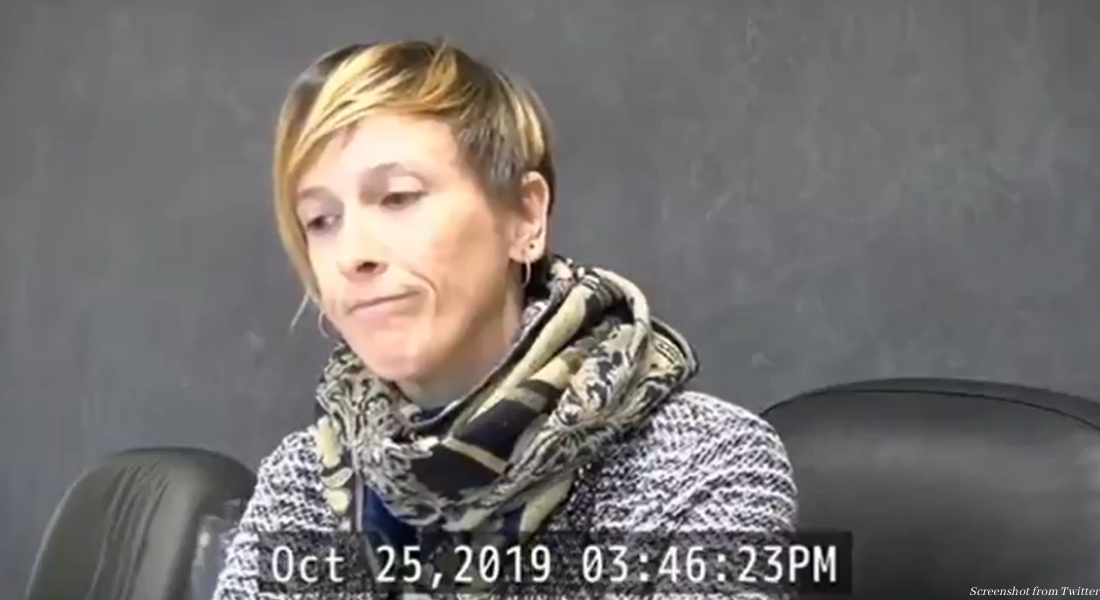 The video begins with the interviewer bringing Landau’s attention to instructions given to patients of Southwestern Women’s Options. The excerpt reads:

We will see you here in our office if necessary — do not go to the emergency room; call our phone number below with any concerns and we will take care of you, no matter the time of day or night.

When asked to explain why patients are instructed not to visit the emergency room, Landau responded, “Because often times, when unexpected or concerning things are happening overnight, one might be — have — the first impulse would be to go to the emergency room. And the emergency room personnel are, in the vast majority of cases, not the best qualified to take care of a patient who’s undergoing an abortion procedure. We are.”

The problem with Landau’s argument is that women do not visit emergency rooms to get abortion procedures but instead to seek emergency care when an abortion has gone wrong, and they are in pain, injured, or possibly dying. In that case, they do not need to see an abortionist, whose primary aim is to make sure the preborn baby does not survive, and who has a vested interest in making sure botched abortions never become public knowledge.

Despite claims to the contrary, babies have and do survive botched abortions. Live Action’s InHuman investigation showed footage of abortionists who stated their willingness to not only withhold care from abortion survivors, but to actively ensure their deaths. An emergency room physician is likely to work to save both mother and child, if possible. An abortion survivor is considered the most “dreaded complication” for an abortionist.

When Landau was specifically asked if a patient experiencing an emergency should go straight to the emergency room, she said no, seemingly stalling. “What is your definition of an emergency?” she responded.

The interviewer then asked Landau if Southwestern Women’s Options abortion clients are given a list of possible emergencies that would necessitate going to the ER. And still, her answer was no. After another long pause, Landau finally answered, “I have — I believe that that list would be too long to give to a person, and so on the contrary, we tell them all of the reasons to call us.”

Informed consent is one of the hallmarks of legitimate medical care. If Landau’s abortion facility does not provide information on potential risks that might necessitate emergency care, this seems negligent, at best.

It is not known which abortionist at Southwestern Women’s Options is responsible for Atkins’ death, but her autopsy report paints a grim picture of a long and painful process leading to her death. Operation Rescue reported:

In Live Action’s investigation, Landau can be heard using scare tactics to subtly pressure the undercover pregnant investigator into an abortion. “It [the risk] doesn’t go away if you decide the keep the pregnancy,” she said. “It just gets more. Right? So the bigger the pregnancy, your risk of having severe bleeding, surgery, or death—it’s all higher than having this abortion.”

The undercover investigator was also advised that if she were to go into labor early (as late-term abortions involve the labor and delivery of a stillborn infant), she would need to unlock her hotel room door, call the abortion facility, and sit on the toilet to wait for them to arrive.