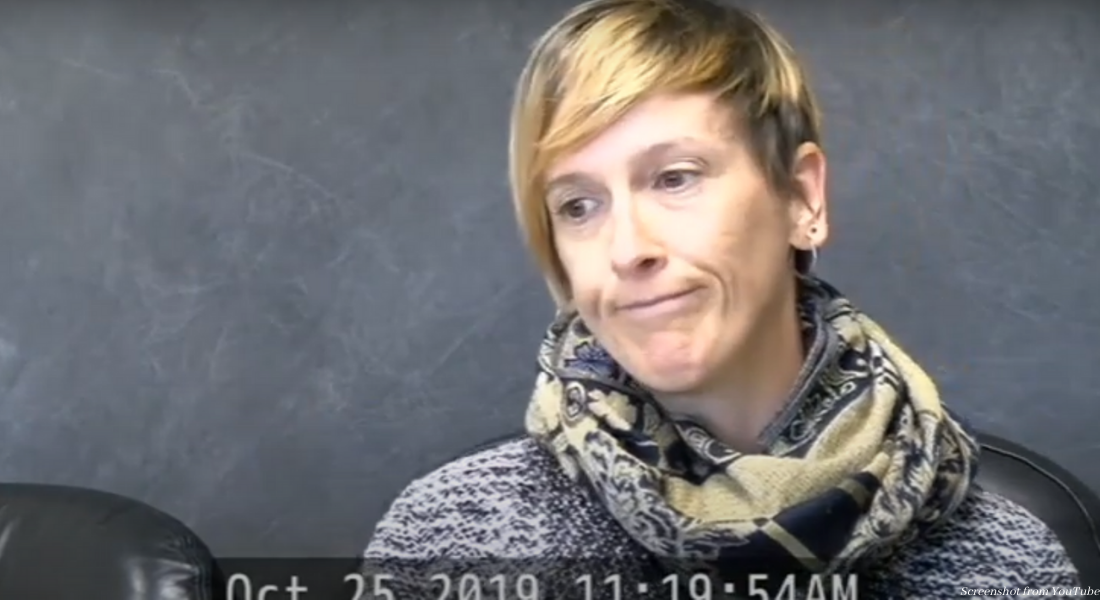 The latest video from Abortion on Trial again features Dr. Carmen Landau, one of the abortionists being sued for the 2017 death of Keisha Atkins after a late-term abortion. Landau, who commits abortions at Southwestern Women’s Options alongside notorious late-term abortionist Curtis Boyd, spoke in a deposition about the women they sent directly to the emergency room after botched late-term abortions, totaling 17 women in four years.

Despite a previously released clip of Landau admitting she tells women not to go to the emergency room when experiencing complications nor does she give patients a list of complications that would warrant an ER visit (because, she says, abortionists are “the most qualified” to take care of abortion patients), it is clear from Landau’s latest admission that at times, the emergency room truly is best equipped to save a woman’s life after a botched abortion.

The most recent video begins with Landau identifying a form she had completed for a patient who needed to be transported to the hospital for anaphylaxis. Anaphylaxis, according to Mayo Clinic, is “a severe, potentially life-threatening allergic reaction.” Landau then examines other transport forms, including one extremely late abortion. One of the patients was a 19-year-old girl who had undergone a 30-week abortion. Babies born at 28 weeks have a 90 percent chance of not only surviving premature delivery, but of living without long-term health problems.

Many of the reasons listed in the transfer documents involve heavy or uncontrollable bleeding, and at least one incomplete abortion.

S.W.O. Abortionists sent 17 women to the hospital in 4 years

BREAKING: Southwestern Women's Options abortion provider, Dr. Carmen Landau, discusses the 17 times women have been transported from S.W.O. to the hospital in a 4 year time frame. This is in addition to the transport of Keisha Atkins who died. With causes from uncontrolled bleeding to infection and beyond this evidence shows that, despite what is claimed, it is not safe for women to obtain late term abortions. To see the 17 individual transport forms and the over hour long discussion with Dr. Landau on these emergency transports from S.W.O. go to: https://www.abortionontrial.org/post/abortionist-admits-their-abortion-facility-has-sent-at-least-17-women-to-the-hospital-within-4-yearsSend this evidence to your legislators and demand a federal 20 week abortion ban. To help fund the legal fight against S.W.O. donate at PayPal.me/abortiontrials#AbortionOnTrial #SWO #DemandABan #LateTermAbortion

Repeatedly in her testimony, Landau denies any memory of her own patients, saying she doesn’t recall the outcomes of the botched abortions or what caused the complications. While it could be understandable to not remember every single patient in a four-year period, 17 patients whose procedures were botched and needed to be taken to the hospital should, ostensibly, stand out.

Those 17 patients had to be taken to the hospital via ambulance from 2014 through 2018. It’s not known exactly how many more women have been injured since then, although Landau admitted there have “presumably” been more. “I mean, in that period of time, it would be unusual if we did not have at least one transport,” she said. According to Abortion on Trial, these 17 injuries are in addition to the 2017 death of Keisha Atkins.

The documents for all 17 emergency transfers is available on the Abortion on Trial website, as well as the full deposition video.