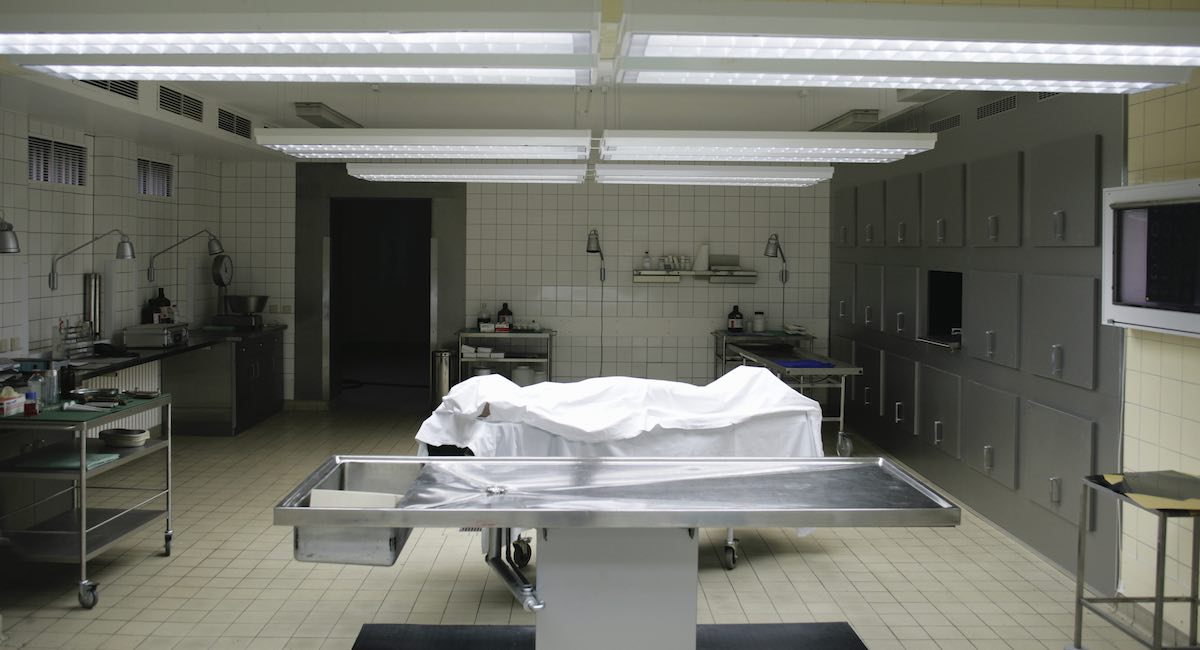 Abortion profiteers who once fabricated the number of illegal abortion deaths seem unconcerned whether women die now that abortion is legal. The pro-abortion media shows the same lack of concern not only for how many women now die from legal abortion, but for a woman’s overall safety. Media repeatedly either fails to investigate the abortion industry or minimizes reports of injuries and questionable and even illegal practices within abortion businesses. But the fact remains that the abortion industry has always been a danger to women, and continues to be, to this day.

Live Action News’ series on how journalists once actually believed it necessary to investigate the abortion industry introduced a 1978 series published by The Chicago Sun-Times. The five-month investigation sent reporters and researchers undercover into Chicago’s “thriving abortion business.” In part one, we documented what the paper referred to as “the abortion assembly line.” In part two, we detailed the abortion profiteers, including one who was a used car salesman. In part three, Live Action News detailed the “business” of selling abortions. Here, we will review part seven of the Chicago Sun Times series, headlined, “12 dead after abortions in state’s walk-in clinics.” The first thing to note is how quickly journalists discovered that while health department officials did not know of one single abortion-related death, there were in fact a dozen women who had died following legal abortion procedures at Chicago facilities. 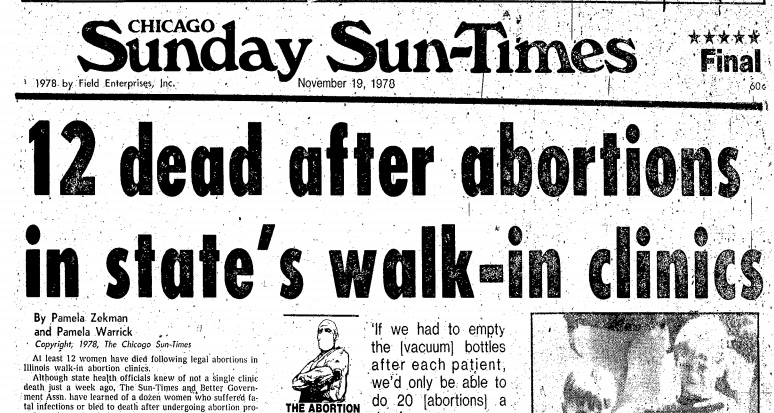 The women below were identified by the paper as those who died following their abortions.

The paper went into detail about how the Water Tower Reproductive Center, operated by abortionist Arnold Bickham, skirted health code requirements to save money. They claim this may have led to the failure to discover that Sherry Emry had an ectopic pregnancy which led to her death. Their investigators found the abortion facility had:

Other facilities were found by the paper’s undercover investigators to have:

Even today, pro-lifers continue to document the horrific ways women are treated by abortion profiteers and how women still continue to die from legal abortion.

The eighth in the paper’s series described ways these profiteers padded their pockets by bilking the taxpayer. It begins, “Chicago’s abortion profiteers are padding their profits with Medicaid funds illegally obtained through kickbacks and fraudulent billing schemes. During a five-month investigation of some abortion clinics and referral agencies, the Sun-Times and Better Government Assn. have documented massive abuse of the Medicaid program and flagrant violations of federal law.”

Investigators observed that kickbacks were higher when referral agencies sold “public-aid” abortion clients more expensive abortions that include dangerous anesthesia — forcing the patient, not Medicaid, to pay the extra cost. Despite the additional charge, some patients say they were not fully put to sleep and experienced a great deal of pain during the abortion procedures.