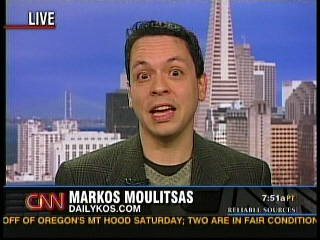 “More dead kids”? Describes abortion to a T, doesn’t it? 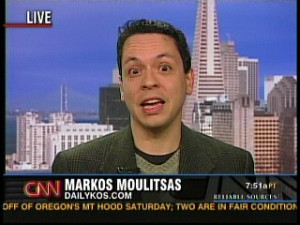 One of the week’s most hyperbolic strike in America’s gun control debate came from Markos “Kos” Moulitsas, founder of the popular left-wing blog Daily Kos, who had this to tweet about the Republican Party’s opposition to expanding firearm restrictions:

Okay, the RNC is officially on the side of more dead children, because freedom.

The merits of the various gun control measures on the table obviously lie beyond the scope of a website about pro-life issues, but no sane, decent person should need to be told that disagreeing with Kos and his side on them is tantamount to favoring “more dead children,” especially since there are substantive reasons to think Kos’s favored policies won’t have his desired effect.

(By the way, Kos has a history of vile outbursts, which hasn’t seemed to diminish his standing with the Democrat Party. Remember that the next time they pretend to care about that sort of thing.)

Even more striking than the viciousness is the hypocrisy, Kos is a proud liberal and partisan Democrat activist — two groups whose worldviews make the right to literally create “more dead children” — a million or so a year — via abortion a proud centerpiece. I’d ask if the blood on his own hands occurred to him as he clicked “Tweet,” but that would imply he’s something more than a provocateur throwing meat to fans hungry for hate.

Even if he missed it the first time around, other Twitter denizens sure didn’t. Several pointed it out, so he followed up with more gems. First:

First, you’ll notice that sarcastically restating our opposition to abortion doesn’t constitute a refutation of the proposition that supporting legal abortion puts Kos “on the side of more dead children.” Second, it’s no surprise that Kos would slander conservatives with the “killing is freedom” nonsense, but could he at least try to come up with something clever or original?

A bit later, Joshua Trevino responded with, “See you at March for Life!” Kos’s “brilliant” response:

Does that march support life for kids who are alive?

Confirmed: he can’t try for clever or original. To be fair, though, it’s not like pro-lifers refute this smear every other week or anything. You can see how Kos might get confused.

Kos is hardly alone in associating his foes’ gun views with indifference to massacre. Hatred is embedded in the left’s nature, and it always has been. That’s not a revelation. So to end on a more productive note, let’s throw the following question out for discussion: considering how our opponents have no inhibitions whatsoever to talking about us this way, why are pro-lifers’ most prominent allies in Congress and the media so hesitant to return the favor by describing abortion support in similarly blunt terms?

The biggest right-of-center television personality, Bill O’Reilly, is a mixed bag at best. As we’ve discussed before, rhetoric that captures the full raw horror of the act is valuable in clarifying the issue and evoking the appropriate level of moral discomfort people should associate with it. Keep in mind that attacks like Kos’s are despicable not because they use verboten words, but because they’re egregiously inaccurate.

Describing abortion as “more dead kids,” on the other hand, is indisputably correct. So let’s see what its fans think of having that pointed out to them.