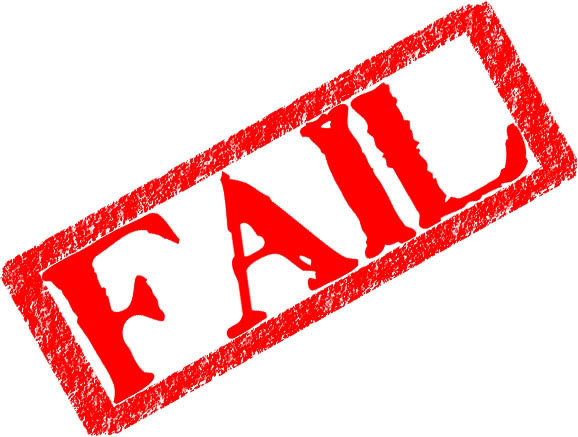 Straw-man-palooza from the latest and not-so-greatest pro-abortion hero to hit the internet. 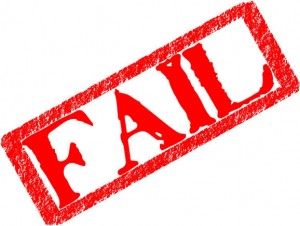 Last month, Live Action did a series of posts refuting Patheos blogger Libby Anne’s sweeping hit piece on the pro-life movement. My entry focused on her claim that pro-lifers encourage abortion by opposing the policies that would allegedly make having children less of a financial burden.

This week, Anne responded. Well, “responded” isn’t exactly the right word, since she ignored much of the information I cited and spent half the piece attacking not me, but a cartoonish straw man of her own creation. But considering how much illumination of the pro-choice mindset she’s already given us, it would be a shame not to take another look.

First, Anne objects to my assessment of killing children to save money as ghoulish:

I’m the one saying that we need more social and financial support for raising children so that women aren’t forced to terminate pregnancies due to lack of a funds. How in the world is that “putting money above basic human compassion”?

Really? Is how “sorry sweetie, but letting you live would be too expensive” fits the bill not self-explanatory?

And beyond that, many women who abort for financial reasons are doing so because of compassion – they don’t think it would be right or fair to a child to bring him or her up in their situation or environment.

Oh, so it’s a mercy-killing, and Anne possesses sufficient foresight and authority to judge whether her unborn son’s or daughter’s life would be worth living (lest you think I’m exaggerating, the next day she lauded someone for arguing that God wants us to do exactly that). It’s quite the presumption to suggest that any of us knows enough to deny another innocent person his or her very future, and it’s the height of hypocrisy for Anne to suggest that by not wanting babies killed, I’m the one hurting them.

While it’s an article of faith on the left that children unwanted by their birth parents have only a life of hardship and futility to look forward to, reality says otherwise. We know from example that children can overcome far worse than poverty; many don’t, but to Anne, they don’t deserve even the chance to try. Adoption can help those odds considerably; the kid gets a shot at a better life than an unwilling mother can provide, and the mother doesn’t bear the crushing financial burden Anne devoted two columns to. Maybe that’s why the word “adoption” doesn’t appear in either of them?

Sure, that argument only works if you don’t consider a zygote, embryo, or fetus a person…

Bingo! If we were talking about a toddler, the monstrousness would speak for itself. There’s no serious debate in this country over whether financial concerns would have justified Casey Anthony or Andrea Yates in sending their reproductive choices back for a refund. This whole conversation is peripheral to the real issue: if the unborn have unalienable rights and intrinsic value like the born do, then no economic rationale would justify their destruction; if they don’t, none would be needed.

When Anne gets to my counterpoints, the results are underwhelming. She ignores entirely the matters of government subsidizing the very abortions she blames on us and increased funding for Planned Parenthood “prevention” not having her intended effect, dismisses the rest of the information I present as “conservative political talking points” (while neither refuting it nor grappling with its implications for her original argument), and hinges many of her complaints on the premise that the programs I oppose giving blank checks to reduce abortion rates, even though the evidence doesn’t back it up – see my original response, as well as here, here, and here.

Instead of digging into the policies and their results, she spends the next few paragraphs “mov[ing] from the abstract to the concrete” by explaining how a married graduate student with two kids “literally could not afford a third child.”

In other words, she’s arguing by anecdote as a way to avoid discussing the overall effect of her chosen policies (not to mention how the big picture undermines the caricature she presents of conservatives’ positions). It simply won’t do to argue that “my personal situation is x, therefore national policy should be y.” The art of politics is determining the totality of a policy’s effects for everyone it touches.

And while I wish Anne the best of luck in her personal life, let’s not forget that what she’s talking about is the entirely predictable result of choosing to take on two expensive life paths – family and higher education (which she presumably hopes to improve her lot in the long term) – simultaneously. By all means, do whatever you like to (non-lethally) alleviate hardship, but for reasons I explained and she so dutifully ignores, the liberal impulse to insulate people from the consequences of their own actions simply doesn’t work.

Which brings us to Anne’s main problem with me: I dared to mention the relationship between actions and consequences. Characterizing that as “women must pay for sex!,” she writes:

Perhaps the most astounding thing about the comments on my post on losing faith in the pro-life movement is the number of people who stepped in to confirm exactly what I said – that the pro-life movement is about ensuring that women face consequences for choosing to have sex[.] … Freiburger seems to see these very children as simply a form of punishment meted out to poor women for having sex when they couldn’t afford children.

An unhealthy percentage of all pro-choice thought is directed toward conjuring up persecution fantasies about right-wingers out to control their sex lives and/or make sex as difficult and unpleasant as possible. To merely note that consequences usually result from willful actions and suggest that the one facing them should think more about his or her power to prevent them is all the evidence necessary for a pro-choicer to sound the alarm.

I think I can safely speak for most pro-lifers in expressing my utter lack of interest in Libby Anne’s sex life (personally, liberals in the bedroom is a subject I’d rather never think about). Is “since you consider pregnancy such a punishment, here’s how you can avoid it without killing anyone” really that obtuse? Is “don’t kill babies” really so hard to understand that people like her must see something ulterior in our arguments for that position?

Of course not. I’ve written before how pro-choicers need to believe that their opponents have sinister motives to draw attention away from the moral stench of their own advocacy of executing unborn babies, but for many, something else is at play. Modern radical feminism is animated in large part by a visceral anger at the fact that biology gives their sex an unequal share of the work in procreation and is obsessed with leveling things out…no matter the human toll. To question that obsession makes one a misogynistic agent of the patriarchy (as if pro-lifers think only women should have legal responsibility for their offspring), and to suggest that exercising basic responsibility is more sensible and humane than extinguishing another’s life is absolutely taboo, even though in most other areas of life we understand that responsibility is one of the basic necessities of adulthood. And yes, Libby, making (not “suggesting that”) Person A pay for Person B’s mistakes is wrong.

Many pro-lifers who read Libby Anne’s original article thought it was suspicious that someone claiming to have been so passionately pro-life could have so fully and unquestioningly embraced so many unfounded assumptions and stereotypes against a cause she once took seriously, with her arguments reading more like rationalizations that came after the fact. Her inability to rebuke scrutiny without appealing to misdirection and emotionalism only heightens that suspicion – as does her insistence that she’d “like to believe” that pro-lifers care about women, but “just can’t.” The lady doth protest too much, methinks.