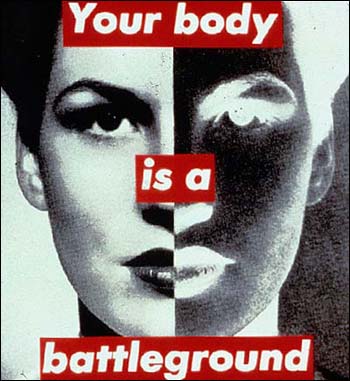 Eventually, you have to clearly define what exactly the left is supporting here. 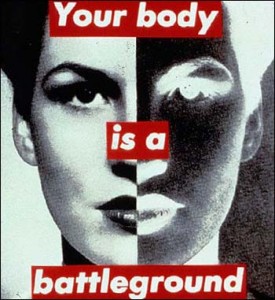 Clare McCaskill wanted Todd Akin to be her Republican opponent in Missouri, and now Democrats think his “legitimate rape” fiasco will yield returns beyond their wildest hopes.

McCaskill is currently going easy on Akin and criticizing the calls for him to drop out. Markos Moulitsas, founder of the radically left-wing Daily Kos, advises his party to soft-pedal their attacks on Akin until it’s clear he won’t be replaced, then move in for the kill. And the Democrats have added a handful of far-left female speakers to their national convention, including noted narcissist Sandra Fluke (who is also doing Obama fundraising letters tying Akin to Mitt Romney), Wisconsin Congresswoman and Senate candidate Tammy Baldwin, and Planned Parenthood Action Fund President Cecile Richards.

The strategy is clear: crank the “War on Women” demagoguery up to eleven and hope female voters are left with the fear that the GOP’s pro-life principles are rooted in sexism. We got an early taste of just how vile this could get earlier this week, when anti-life fundamentalist Sen. Barbara Boxer speculated of Republicans, “Maybe they don’t like their moms or their first wives; I don’t know what it is.”

Will it work? Unless the Republicans find an alternative to Akin, Missouri is probably lost. But as far as the rest of the country is concerned, Democrats are in for disappointment.

First, as I documented on Tuesday, the left has its own history of insensitivity to rape and misogyny, including turning a blind eye to Planned Parenthood’s crimes, liberal personalities wishing rape on conservatives, and overlooking Democrats who’ve committed rape. Informed voters aren’t likely to take too kindly to this sort of thing.

We can add to that distinguished list the late serial womanizer Sen. Ted Kennedy, who infamously left Mary Jo Kopechne to drown in his car (a scandal which had virtually no impact on his reputation in the Democrat Party or the press); Sen. Al Franken joking about raping CBS reporter Lesley Stahl; California Gov. Jerry Brown endorsing an aide’s reference to opponent Meg Whitman as a “whore”; former MSNBC host Keith Olbermann, who defended the Occupy Wall Street movement from rape accusations by misrepresenting various facts and arguing that one particular case wasn’t really rape because the 14-year-old girl consented to be with the 23-year-old man; pseudo-documentarian Michael Moore, who pledged $20,000 toward bail for Julian Assange, the WikiLeaks head accused of sexual assault in Sweden; feminist icon Naomi Wolf, who even Amanda Marcotte attacked for denigrating Assange’s accusers; and Wonkette columnist Jack Stuef, who joked that maybe Sarah Palin’s husband Todd impregnated their daughter, Bristol.

Second, moral indignation has weight only to the extent that it’s true, and falsely exploiting rape for partisan gain is about as repulsive as politics can get – see, for instance, Vice President Joe Biden’s outrageous accusation that failing to pass Barack Obama’s jobs bill would lead to more rapes, the Democrats’ and media’s false claim that the No Taxpayer Funding for Abortions Act would have somehow redefined rape, and MSNBC’s Chris Matthews suggesting that the GOP is “so far to the right that they have a problem with a woman saying she was raped.” By pushing their luck, Democrats risk being characterized not as women’s defenders, but as opportunists of the most shameful variety.

Third, the emotional appeal of asking if rape victims should be forced to endure nine months of pregnancy is undeniably powerful, but the flip-side of that question is at least as compelling. Fetuses conceived through rape aren’t abstract “choices” or “products” or “exceptions”…they’re people, like Kristi Hofferber, Rebecca Kiessling, Ryan Bomberger, and Jenni Maas. You can bet Team Obama would rethink this line of attack after a few TV spots of such individuals asking, “Mr. President, why should I be dead right now?”

Finally, to the extent that there’s a “gender gap” in the polls, abortion has little to do with it. In analyzing Gallup’s numbers, Ramesh Ponnuru finds that women are more likely to be pro-life on some aspects of the abortion debate and more likely to be pro-choice on others, but in no area is the gap drastic. Daniel Allot identifies several other polls finding women to be somewhat more pro-life than men as well.

The reason why should be obvious: for all their repetition and hyperventilating, liberals can’t convince America of any solemn link between abortion and the sanctity of womanhood because it just doesn’t exist. Abortion isn’t a right, it’s not good for women, and ultimately, all the euphemisms in the world can’t change the fact that it’s the murder of an innocent child. The real heroes of the American feminist movement understood this, and pro-abortion efforts to overturn their principles in feminism’s name will be about as successful as forcing a square peg into a round hole: the only way to make it fit is to damage the original beyond recognition.