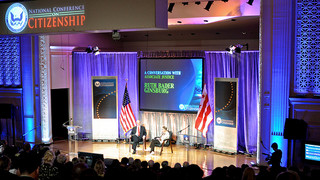 Taking a look at some popular public figures’ views on abortion.

“Abortion should not only be safe and legal, it should be rare.” –Bill Clinton

There is nothing safe about abortion. It puts the life of the mother at risk and can lead to infertility. There are countless other side effects. Rare? We all know that in today’s world, abortion is anything but rare. In the United States alone, over 50 million babies have been killed since Roe v. Wade in 1973. Sadly, abortion was still legal in about 30 states before Roe v. Wade, so the number is even higher. Abortion happens worldwide, with babies being killed by the second. The only way abortion can be rare is to get rid of it altogether because once you begin something like Roe, it eventually gets out of control.

This claim of putting emphasis on the “right to privacy and reproductive control” is just sugarcoating things and rewording them. All of us pro-lifers know that pro-abortionists always use different words to get people to believe them. Whatever words they use, they’re still emphasizing abortion and keeping it legal. They just don’t always admit it. They can try to fool as many people as they want with their wording, but they won’t fool us.

“If men could get pregnant, abortion would be a sacrament.” –Florynce R. Kennedy Mar. 1973

Playing the “if” game again. This is what I hear all the time. “Oh, you don’t know what it’s like. If you were this or that.” Pro-life men don’t have to be pregnant to know what abortion is and what it does to a woman and everyone else. It is also offensive to jokingly say that abortion would be a sacrament. There is nothing sacramental about an abortion. Catholics believe that sacraments are good and holy stepping stones that help us become better people. Abortion would not make us better; it would just take us backwards.

“I still am opposed to public funding for abortion. It goes to the question of whether or not you’re going to impose a view to support something that is not a guaranteed right but an affirmative action to promote.” –Joe Biden

I think it’s ironic that Joe Biden would be against public funding for abortion yet support funding for sex education and contraceptives. The most effective way of reducing unintended pregnancy (for unmarried people) is abstinence, which is 100% effective. The media and Hollywood will never tell you that Natural Family Planning (NFP) and abstinence are more effective than any contraceptive. If contraceptives are so effective, then why has the number of unintended pregnancies been so high over the decades?

“Abortion is not the lesser of two evils. Abortion is pro-family, pro-life, moral, and good. For many millions of women, abortion has meant getting on with their lives and continuing to meet their responsibilities to themselves, their families, and society.” –Patricia W. Lunneborg in Abortion: A Positive Decision

I just came across this quotation, and I literally have never seen a more ridiculous set of words in my life. An abortion makes it impossible to create a family, and you’re killing an innocent life, so it is not pro-family or pro-life. Neither is it moral or good. I literally can’t think of anything good that can come out of an abortion. It destroys families, relationships, the woman herself, and everyone around her. And there is nothing responsible about an abortion.

“If the anti-abortion movement took a tenth of the energy they put into noisy theatrics and devoted it to improving the lives of children who have been born into lives of poverty, violence, and neglect, they could make a world shine.” –Michael Jay Tucker

Talk about hypocrisy. Tucker is lecturing us on how to improve the lives of children when he and other pro-abortionists are supporting the very act that cannot be any more deadly to a child. How can there be an improvement in the life of a child when you kill him or her in the first place? And it is pretty incredible to think that pro-lifers don’t want to do anything about poverty, violence, and neglect. Of course we’re against those, too, and we want to improve the lives of everyone. It’s just another typical, dirty cheap shot at the pro-life movement. Tucker lectures in this quote about making the world shine. Well, I don’t see the world shining with abortion, do you?

“Seventy-seven percent of anti-abortion leaders are men. 100% of them will never be pregnant.” –Planned Parenthood advertisement

There is one pro-life quotation that is my favorite by Ronald Reagan: “I’ve noticed that everybody that is for abortion has already been born.”

This is most certainly true. Pro-abortionists seem to forget that they were babies in their mothers at one point in their lives. It is just selfish to have such disregard for innocent life. And it is scary that what should be the safest place for a baby, the womb of a mother, has now become the most dangerous place for a baby.