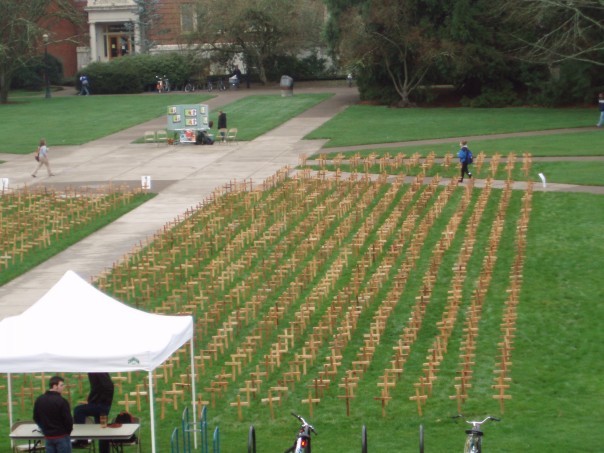 This isn’t about mean versus nice. It’s about good versus evil. 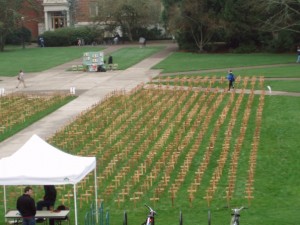 Yes, let’s be polite about this.

Among the many things I appreciated about Kristen Walker Hatten’s November 12 post was the following passage:

I’ve always thought subtlety is overrated, and I was never that great at “nice.” True kindness – true love – is a lot of things, but it is not “nice.” I am a Christian. “Nice” is for quasi-Buddhists who live in the Bay Area and drive Smart cars and secretly hate everyone east of Oakland. Being nice at the expense of being honest is not kind. It is not loving.

Kristen has hit upon an important truth that even the good guys often fail to appreciate. Our culture places a premium on “civility,” the idea that political differences should not be made personal and that all sides should be credited as having good intentions. By holding ourselves to various standards of decorum, the theory goes, we demonstrate our high-minded reasonableness and foster bipartisan cooperation.

That sounds lovely. Too bad it never works.

The left talks of civility whenever there are moderate voters to butter up or conservatives to pretend to be offended by, but people on the left never hold themselves to any of it, with the “War on Women” alone bursting with examples of liberals at every level of power, influence, and legitimacy engaging in the sleaziest lies imaginable. (Similarly, their idea of “compromise” amounts to little more than rubber-stamping their agenda.)

They reject civility for a very simple reason: negativity works, and they know it. As much as people might claim to be turned off by mudslinging, the alleged facts about a candidate or a position that negative advertising disseminates still color the perceptions of whoever hears them. Liberals put in the effort necessary to drive home the impression of conservatism as something to be scared of and repulsed by, and it pays off.

Similarly, they have defined their own positions as the epitome of feel-good enlightenment. The right frequently criticizes the left for placing intentions over results, but in reality, intentions aren’t all that important to liberals, either – rather, getting credit for them is. Through the media and the culture, liberals have for many years cultivated an association between their policies and general niceness – the price of admission for being accepted as a decent person in polite society. Supporting abortion on demand means you respect women, favoring wealth redistribution means you have compassion for the poor, blind allegiance to teachers’ unions means you care about children, and so on. Liberals have created a quick and easy way for people who crave approval to get it – just check off the right ideological boxes, and you’re set.

If we are to have any chance of really winning over public opinion, this is the paradigm that we have to topple, and right now, we’re not doing it. Somehow, we have to create and sustain a public perception that there is nothing to be proud of in letting unborn babies be killed, that it’s actually something every bit as guilt- and disgust-worthy as defending violence against blacks, Jews, or gays. We have to reorient our culture to understand protecting babies as the default position of good people. (And dishonesty and character assassination in the service of abortion have to be stigmatized every bit as vigorously.)

This will require us to be more candid and forceful about the suffering and evil abortion inflicts and, yes, to raise uncomfortable questions about the kind of character it takes to knowingly go along with it. That doesn’t mean we never make distinctions when dealing with those who are sincerely misled, but it does mean that those who ought to know better – particularly those in government and media who are paid to know what they’re talking about on matters they influence – should be held to a higher standard.

The campaign to end abortion is a battle of good versus evil. But it will never be fully understood as such if there’s no price to be paid to one’s social standing for doing evil.