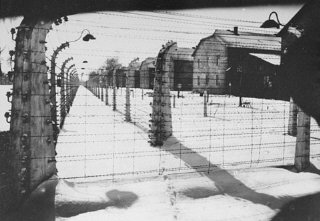 No less valid for hitting too close to home. 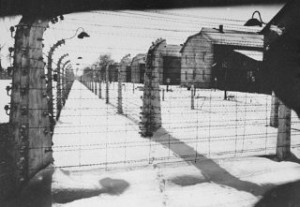 Reductio ad Hitlerum is among the most well known logical fallacies – a form of guilt-by-association which denotes trying to win an argument by comparing one’s opponent to Adolf Hitler, the Nazis, or any number of comparable monsters. Closely related is Godwin’s Law, under which anyone who plays the Nazi card is usually automatically deemed the debate’s loser. Clearing such hyperbole from our political discourse is generally worthwhile.

But what about when the subject in dispute really is Naziesque?

Right now, Britain is getting a crash course in the limits of Godwin, as the Bishop of Motherwell, the Rev. Joseph Devine, faces criticism for comparing graphic abortion images to death camps:

As other commentators have observed, such images should not be suppressed from the public consciousness any more than pictures of famine or the reality of war. If we cannot face the pictures, how can we conceive of endorsing the reality?

I have no doubt that the publication of the photographs of the victims of Auschwitz and the Burma Railway brought home the horrors of such evil catastrophes far more effectively than a million pleading words. Two hundred thousand abortions take place in Britain each year. Why is the pro-choice lobby so desperate to hide the truth about abortion from the public?

I think most people would find it utterly despicable to compare abortion to the Holocaust. It is deeply insulting to the millions of Jewish people who died during the second world war.

It is hugely inflammatory. I can’t imagine anyone would feel that comparing abortion to the Holocaust is a useful or pertinent analogy.

Personally, I can’t help but feel my stomach churn a little every time I see people express more disgust toward someone describing abortion than they do toward abortion itself. It’s such a dramatic desensitization toward violence, such a perverse reversal of basic morality, that it illustrates why Devine’s rhetoric is not only valid, but often necessary.

Objectively speaking, unborn babies are every bit as human as Auschwitz prisoners, and killing them is every bit as unjust. True, Holocaust victims also endured unimaginable pain that many abortion victims don’t feel, but that doesn’t change the final analysis – if knowing what you’re going through and feeling the associated pain make that much of a moral difference, then would the Holocaust have been okay if the Jews were killed painlessly in their sleep?

And in terms of raw numbers, the ugly truth is that the 50 million lives taken by American abortion dwarf the Holocaust’s 6 million – that’s over eight Holocausts, in this country alone.

Like graphic images, using Nazi analogies isn’t necessarily advisable in all venues and with all pro-choicers. But they are morally and intellectually valid, and in a culture that has dehumanized so many of its innocent children and become desensitized to their mass murder under the façade of “choice,” it’s sometimes necessary to shock people’s sensibilities awake by invoking one of their only frames of reference for true societal evil. To avoid speaking such hard truths in harrowing clarity just because they hit too close to home for abortion apologists’ tastes would be the real logical fallacy.