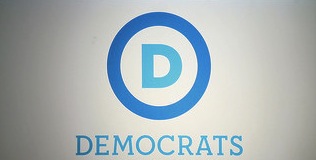 A more wrong direction is not possible. 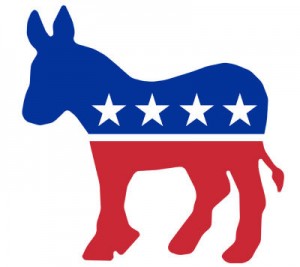 We are only twelve years (an eighth of the way) through the twenty-first century. While that doesn’t seem that long, it has been long enough to see a dramatic shift in the Democratic Party platform on the issue of abortion. Here is a look at the official party view through the 2000s. (Emphasis below is mine.)

In 2000, the Democratic Party spoke of the goal of reducing abortions:

The Democratic Party stands behind the right of every woman to choose, consistent with Roe v. Wade, and regardless of ability to pay. We believe it is a fundamental constitutional liberty that individual Americans – not government – can best take responsibility for making the most difficult and intensely personal decisions regarding reproduction. This year’s Supreme Court rulings show to us all that eliminating a woman’s right to choose is only one justice away. That’s why the stakes in this election are as high as ever.

Our goal is to make abortion less necessary and more rare, not more difficult and more dangerous. We support contraceptive research, family planning, comprehensive family life education, and policies that support healthy childbearing. The abortion rate is dropping. Now we must continue to support efforts to reduce unintended pregnancies, and we call on all Americans to take personal responsibility to meet this important goal.

In the 2004 election cycle, the Democrats no longer spoke of a goal, but they did state that abortions should be “rare.”

We will defend the dignity of all Americans against those who would undermine it. Because we believe in the privacy and equality of women, we stand proudly for a woman’s right to choose, consistent with Roe v. Wade, and regardless of her ability to pay. We stand firmly against Republican efforts to undermine that right. At the same time, we strongly support family planning and adoption incentives. Abortion should be safe, legal, and rare.

By the time 2008 rolled around, there was no talk of rarity or goals to make abortion “less necessary.” Instead, abortion was a right that required guarding.

The Democratic Party strongly and unequivocally supports Roe v. Wade and a woman’s right to choose a safe and legal abortion, regardless of ability to pay, and we oppose any and all efforts to weaken or undermine that right.

This brings us to 2012. The Boston Globe printed an article in which the 2012 language is explained:

The 2012 platform, in language recycled from 2008, vows to “oppose any and all efforts to weaken or undermine” the availability of abortion. While solid majorities of Democrats back some limitations on abortion — 59 percent would ban partial-birth abortions, for example, and 60 percent endorse a mandatory waiting period — the official position of their party is that even common-sense restrictions are unthinkable.

So here we are, twelve years after the official Democratic position was to make abortion “less necessary and more rare.” Now it is a “right” that should not be taken away. This is a path that the American people cannot afford to take.