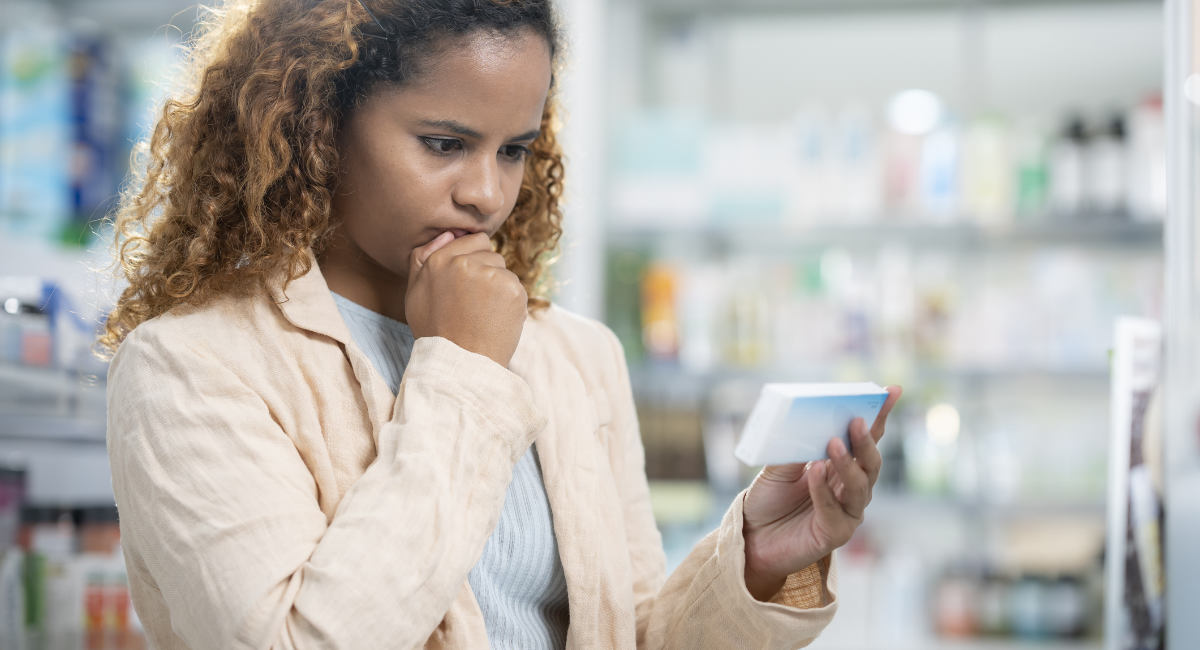 Days following the Biden’s Food and Drug Administration (FDA) December 16 decision to weaken the abortion pill’s REMS safety protocols and permanently allow the deadly drug to be shipped in the mail, the abortion lobby has exposed the next part of its plan to expand abortion: over the counter abortion pills.

Renee Bracey Sherman, founder and executive director of the abortion groups We Testify, tweeted on December 16, “The modified REMS means people can receive mifepristone in a pharmacy or by mail BUT some of these certifications are redundant and unnecessary. Why does a patient need to consent twice? It’s good and there’s always red tape. Just liberate abortion already! Let us have it OTC!” 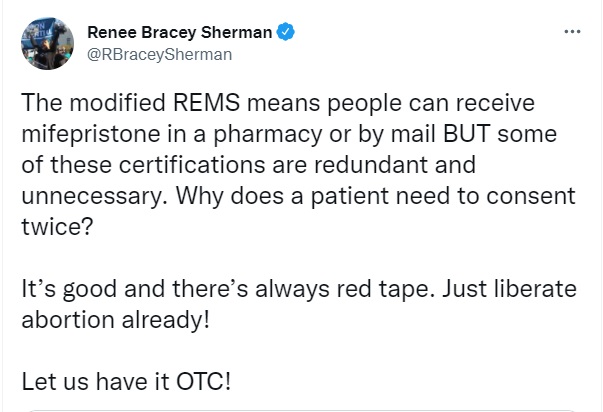 Renee Bracey Sherman tweets abortion pills should be over the counter (Image: Twitter)

On December 17, the former NARAL board member was joined by abortionist Daniel Grossman in an op-ed published by The Nation, openly advocating for over-the-counter (OTC) abortion pills.

Bracey and Grossman wrote, “… advocates and health care providers in the United States could be thinking creatively about what might come next, including providing abortion pills even before you’re pregnant to have on hand if needed — or eventually over-the-counter access.”

Grossman, the media’s frequently consulted expert on abortion, has multiple conflicts of interest and is deeply tied to abortion. He has been a primary force behind expanding the deadly pill regimen, which consists of the drugs mifepristone and misoprostol. Grossman not only pushed for the FDA to completely remove the abortion pill from its safety protocol, but is also advocating for the idea of shipping women (or teens) abortion pills in advance of a verified pregnancy. He also recently made the highly unethical suggestion that emergency health care personnel should leave out important medical facts on the records of women presenting with abortion pill complications.

Also on December 17, 2021, Francine Coeytaux, co-founder of the abortion pill referral website Plan C, suggested to Ms. Magazine, “These pills should not only be in pharmacies, they should be available over-the-counter. But instead, years later, we’re still in a place where people think of this as a drug that is so dangerous it has to be in a black box.” Live Action News previously documented how Plan C advises women lie to access the abortion pill. 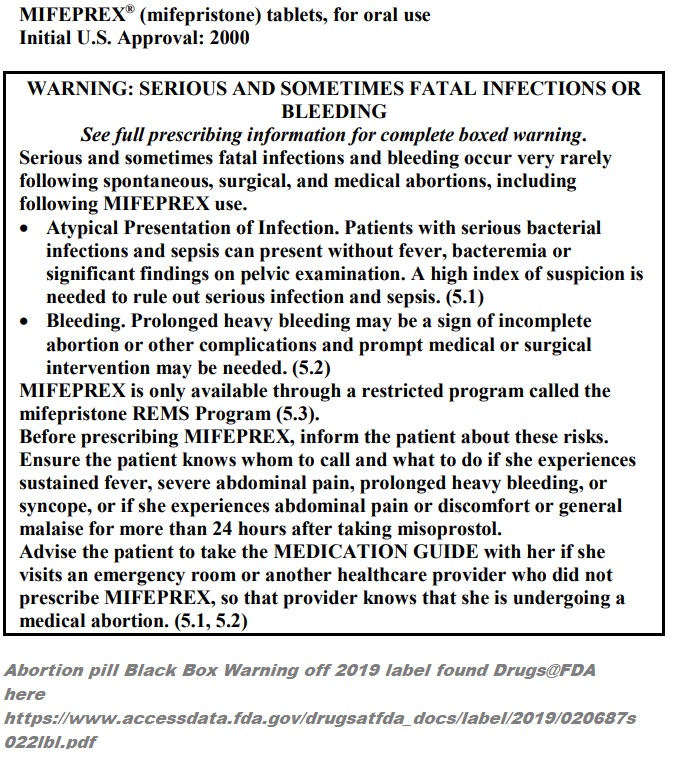 Less than a week after the FDA decision, Amanda Marcotte published an op-ed suggesting that the Biden-Harris administration should instruct the FDA to take up the cause of over-the-counter abortion pills, writing, “It’s time to go all the way and make it legal for patients to get the pills directly from a pharmacy, with no prescription necessary.”

And even prior to the FDA’s latest move, abortionist Jennifer Gunter tweeted, “Abortion pills should be over the counter.”

READ: The abortion pill is not like Tylenol, and parents should know if minors obtain it

In 2019, Grossman and other pro-abortion authors (M. Antonia Biggs, Lauren Ralph, Sarah Raifman, and Diana G. Foster) co-authored the result of a survey they conducted on women’s attitudes about advanced provision of abortion pills as well as OTC abortion pills. The majority of women surveyed were pro-abortion, and the authors reported that “one in five women in this study held the belief that abortion is morally wrong and should be illegal.”

The results of the study, “Support for and interest in alternative models of medication abortion provision among a national probability sample of U.S. women,” published by the pro-abortion Journal Contraception, was funded by The David and Lucile Packard Foundation, the DeMartini Family Foundation, Fidelity Charitable, and “an anonymous foundation.’

Packard is a known investor in abortion pill manufacturer Danco Laboratories. In other studies, “anonymous funders” have been tied to the Buffett Foundation, another Danco investor.

While the authors claimed that “44% supported advance provision, 37% supported OTC access, and 29% supported online access,” the table below from the study shows that, out of 6,950 surveyed, only 9% of the women answered, “definitely yes” and 14% answered “probably yes” to wanting OTC access. In sharp contrast, the table also indicates that 52% of the women surveyed responded “definitely no” to OTC abortion pill access. 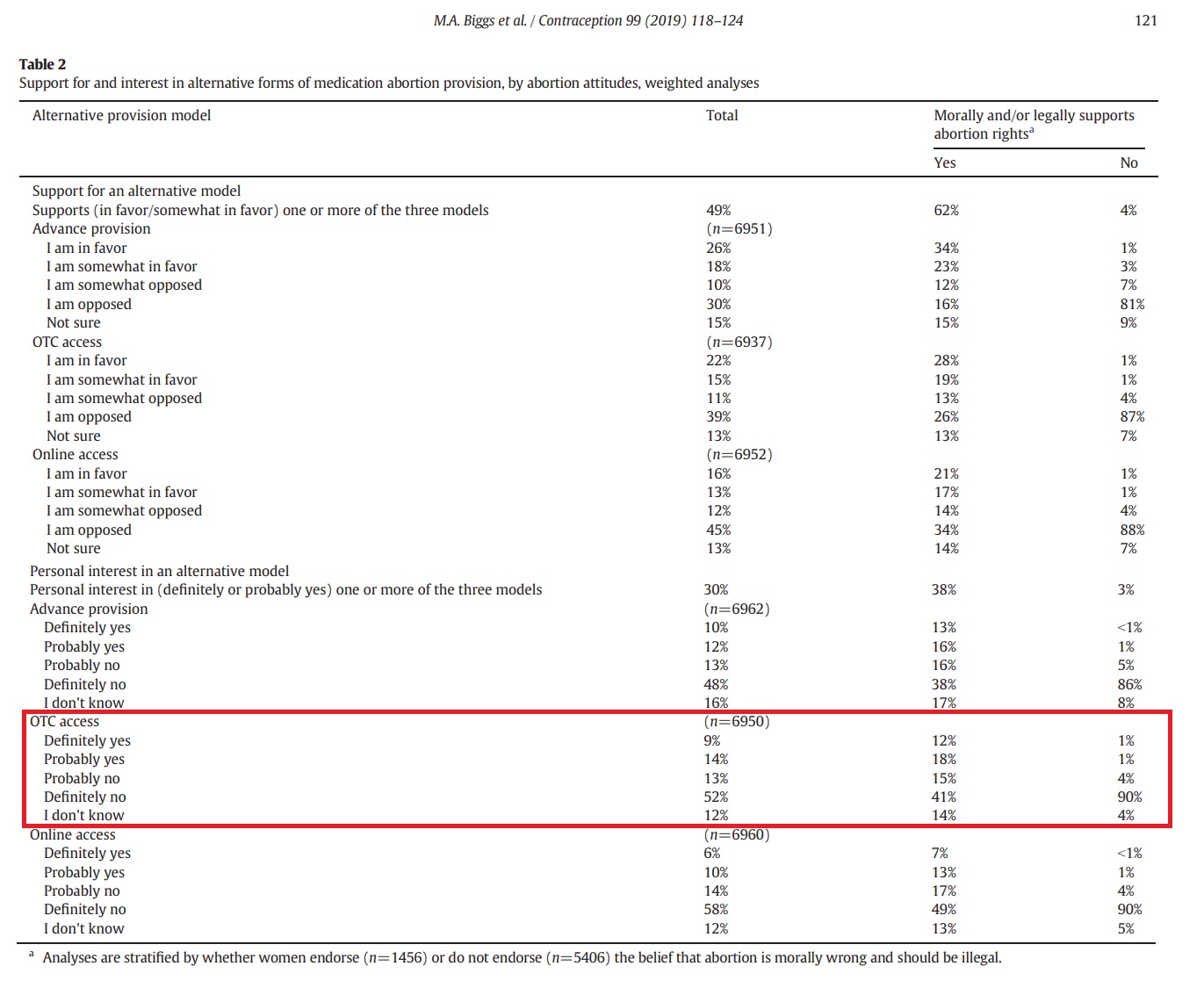 Grossman women surveyed on over the counter (OTC) abortion pills

“The primary perceived disadvantages of advance provision, OTC and online access included the following: women might take the pills incorrectly (55%, 53% and 57%, respectively), not seeing a clinician before having an abortion (52%, 54% and 53%) and concerns about safety (42%, 43% and 60%),” Grossman and the other authors also wrote. 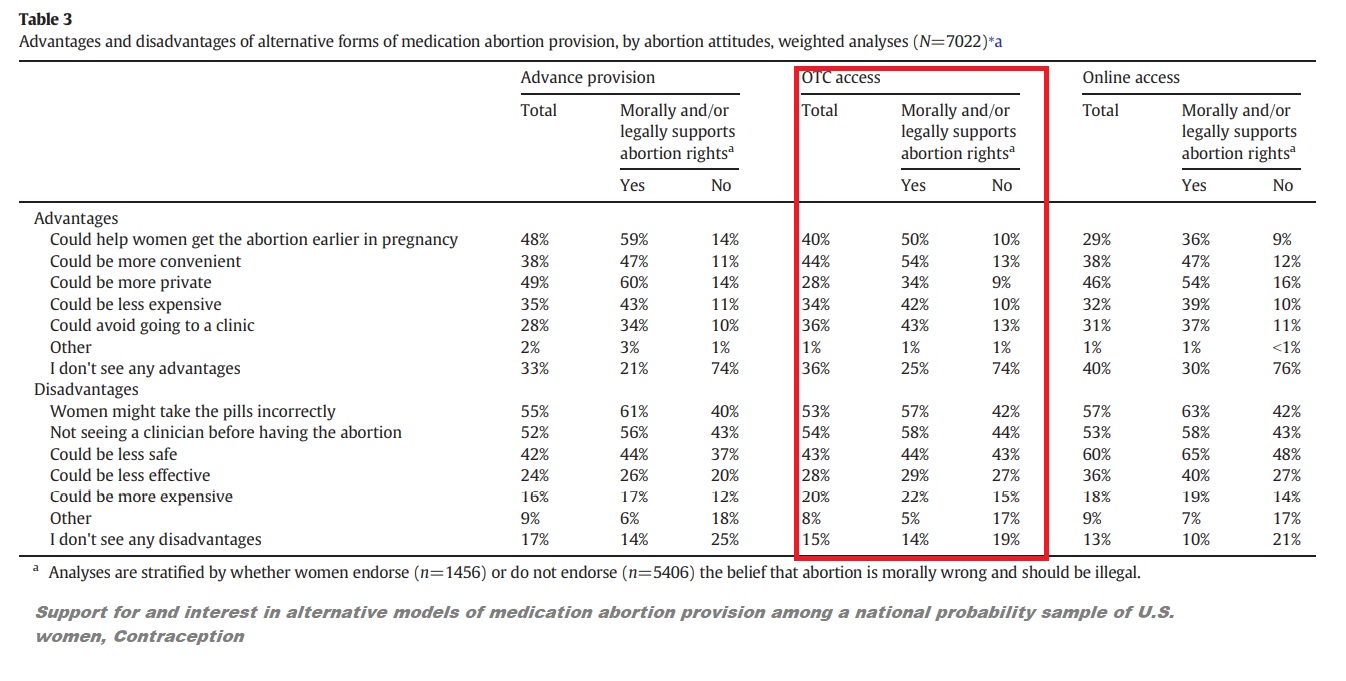 In 2017, Grossman co-authored a piece published by BJOG, an International Journal of Obstetrics and Gynaecology published by John Wiley & Sons Ltd on behalf of the Royal College of Obstetricians and Gynaecologists. The report, “A research agenda for moving early medical pregnancy termination over the counter,” was funded by pro-abortion group Ipas.

“We conducted a review of the peer-reviewed literature looking at consumer behaviours that would be necessary for an OTC application for medical pregnancy termination ≤10 weeks of gestation. Namely, demonstration of a woman’s ability to self-screen for eligibility and contraindications, comprehension of written instructions on how to use, and knowledge of when to seek medical care for complications,” Grossman et al wrote in part.

They later added, “No studies of complication rates following self-use of medical pregnancy termination completely outside the health system, such as would be assessed in an actual use study, have been published…”

The authors looked at Women on Web (WoW), an organization started by Rebecca Gomperts, who also launched the site Aid Access to sell the abortion pill online. WoW advises women to present to the ER and claim they are having a natural miscarriage when experiencing abortion pill complications.

“Women on Web indicate that women may overestimate complications or require more guidance on what to expect from the termination process given that 12–20% subsequently received a surgical intervention,7, 8, 33 although this may also reflect provider overtreatment or local treatment standards,” the authors wrote (emphasis added).

Another concern for OTC abortion pill is whether women will use the pills past the approved gestational limits. “In an OTC setting, concerted research would need to determine how to best mitigate the risk of off-label use in later gestations…” the authors wrote. “Label development would need to include a warning of the adverse consequences associated with later gestations.”

The pro-abortion American College of Obstetricians and Gynecologists’ (ACOG) own website acknowledges the importance of properly estimating gestational age, writing, “Accurate dating of pregnancy is important to improve outcomes and is a research and public health imperative.”

“Ultrasound measurement of the embryo or fetus in the first trimester (up to and including 13 6/7 weeks of gestation) is the most accurate method to establish or confirm gestational age,” ACOG states, “It has been reported that approximately one half of women accurately recall their [last menstrual period] LMP.” (emphasis added)

Ultimately, Grossman and his co-authors pushed for the total removal of the REMS on the abortion pill, calling it “outdated.”

“The possibility of an over-the-counter medication abortion model would involve the medications being available without a prescription in a drug store or grocery, similar to emergency contraception or condoms and pregnancy tests. The pills would come with detailed instructions as well as information about access to a number of different resources, such as a 24-hour telephone number to call with questions about the medication,” ANSIRH wrote.

According to the design, ANSIRH plans to “investigate whether individuals can:

2. Assess gestational age and rule out other contraindications for medication abortion,

3. Self-administer the medications according to instructions, and

4. Identify complications and know when to seek medical care, including for ongoing pregnancy.”

Interestingly though “complications” are mentioned, the public is typically told abortion pills are safe (even “safer than Tylenol“), despite the potential abortion pill dangers, complications, and failures.

The motivation behind the study design was clear, according to ANSIRH: “In the long term, FDA approval of an OTC mifepristone-misoprostol product could dramatically increase access to medication abortion.”