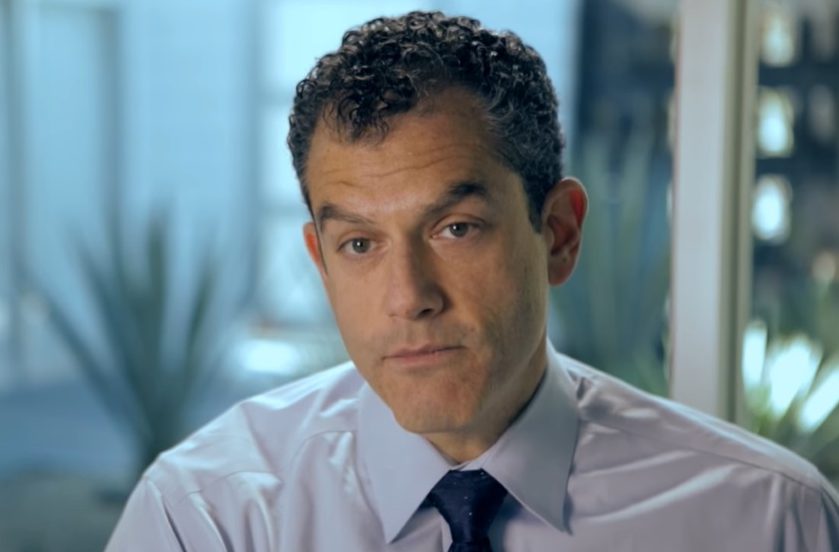 The stunning suggestion was published by Salon in an article by noted pro-abortion writer Amanda Marcotte, titled, “When SCOTUS guts Roe: The covert plan to provide abortion pills on demand – and avoid prosecution.”

“Historians of the pre-Roe era warn that the dangers of being caught and prosecuted are likely to be much more significant in the post-Roe era. Antis are much more militant these days, and phones/internet make it easier for law enforcement to surveil people,” Marcotte wrote in a Twitter thread about her article.

Should the Supreme Court gut Roe and turn the decision to regulate and/or ban abortion back to the states, Marcotte claims that “some activists are betting on the [abortion] pills as a way for abortion to not just be physically safe, but safe from law enforcement.” 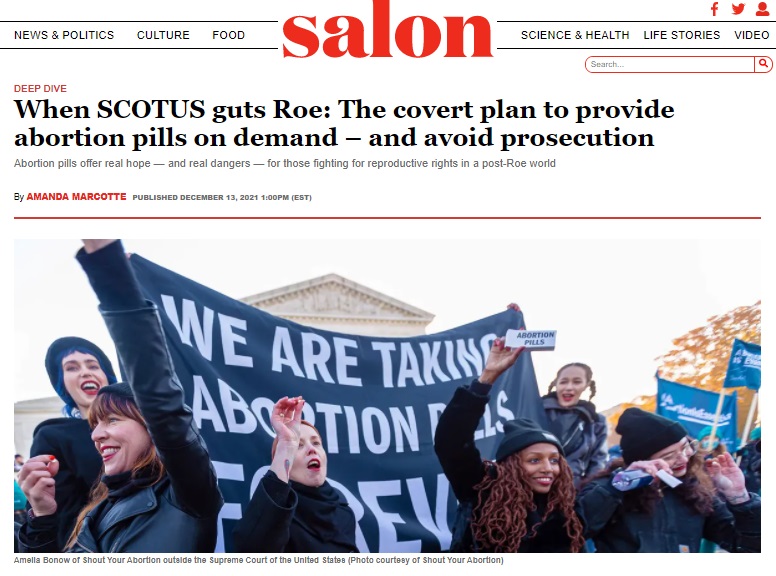 “Past images of the coathanger or the back alley abortionist could very well be replaced in the near future with pictures of a brown paper package purchased discreetly online — either from overseas pharmacies or, possibly, states where abortion will still be legal. This goes a long way to explain the right’s interest in creating an army of snitches who will turn in their neighbors and friends for a $10,000 reward,” Marcotte also wrote.

Grossman, who recently advocated for the idea of shipping women (or teens) abortion pills in advance of a verified pregnancy, suggested to Marcotte that it would be helpful to instruct emergency room doctors what to (or not to) document in a medical record to “protect patients” from potential prosecution in states that might ban abortion or restrict access to the abortion pill.

“Doctors have a role to play in this. On Twitter, Dr. Grossman floated the idea of doctors providing advance provision of pills, in response to sex advice columnist Dan Savage suggesting stockpiling,” Marcotte wrote. 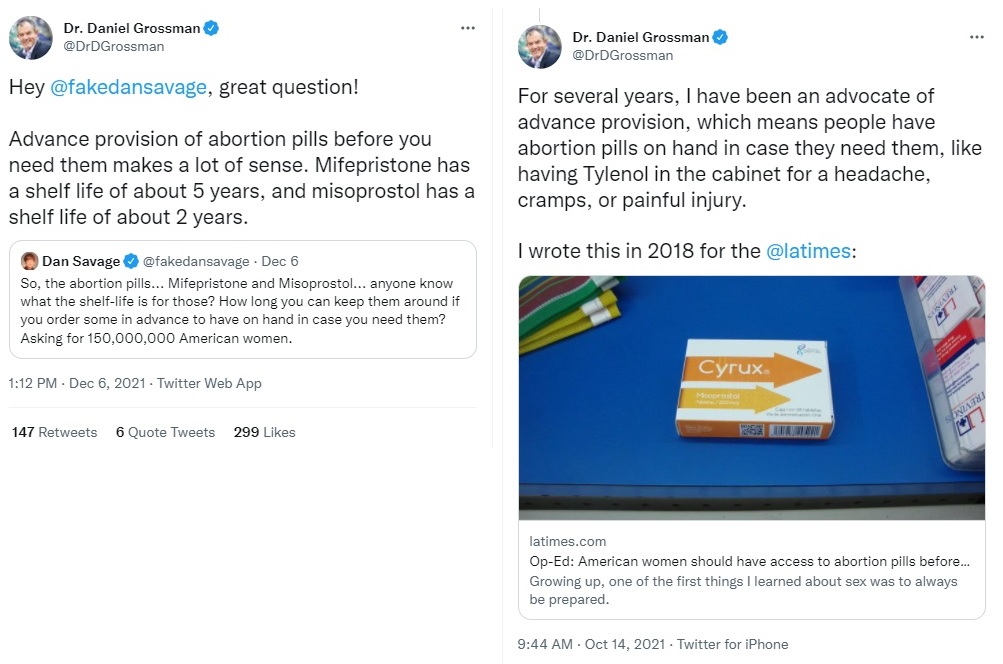 In one tweet (pictured above), Grossman compares having the abortion pill on hand to end the life of a preborn child to “having Tylenol in the cabinet for a headache, cramps, or painful injury.”

Marcotte wrote, “Dr. Grossman also suggested that doctors themselves need to be educated on how to better protect patients. Once abortion is banned, [Grossman] notes, ‘some of this is going to fall on emergency department clinicians,’ because patients who show up with rare complications — or, in some cases, are just worried — after taking abortion pills at home,” the Salon article states.

Marcotte quotes Grossman in Salon as saying, “We need to get better about really figuring out what questions we need to ask and what we need to document in the medical record.” Grossman worries that “the medical record could be used against the patient to potentially prosecute them.”

In other words, what is being advocated here is that emergency personnel should falsify the medical records of women experiencing abortion pill complications to thwart law enforcement investigations.

Who is Dr. Daniel Grossman?

Dr. Daniel Grossman, a former NARAL board member and current National Abortion Federation (NAF) board member, is a faculty member in the Department of Obstetrics, Gynecology and Reproductive Sciences at the University of California San Francisco (UCSF) which openly trains abortionists. UCSF is heavily funded by the Buffett Foundation.

Grossman currently serves on California Governor Gavin Newsom’s Future of Abortion Council. He is also a senior adviser at Ibis Reproductive Health which — as recently as 2020 — was directly funded by the abortion pill’s manufacturer, Danco Laboratories and is currently funded by the Packard Foundation, a large investor in Danco.

In addition, Grossman sits on the editorial board of the Journal Contraception, which publishes many of his abortion pill studies. Contraception happens to be the official journal of the Society of Family Planning (SFP), founded with a “generous contribution” from the Packard Foundation and receiving millions from the Buffett Foundation, both large investors in Danco.

Grossman’s studies are often cited by the media, failing to note his potential conflicts of interest.

While Dr. Daniel Grossman’s suggestion seems highly unethical, it is unlikely that his suggestion will be criticized by mainstream media outlets or medical professionals committed to abortion on demand at any cost.