How do you say “primrose path” in French?

Women who want to stop an unwanted pregnancy have the right to be covered: The enactment of the right to choose to halt a pregnancy is an obligatory state service.

The quote above is from a bill passed Friday by the National Assembly of France (the lower house of their bicameral Parliament). The house voted “to fully reimburse all abortions and to make contraception free for minors,” although there would be a 450-euro cap on the reimbursement. 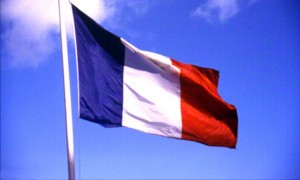 The flag of France (Photo credit: Xavier Buaillon on Flickr)

The Associate Press reports that currently, minors and impoverished women receive free abortions while other women can receive up to 80 percent reimbursement of their costs through the national medical insurance. There is only a partial reimbursement for contraceptives, but the current bill would provide free contraceptives for those between fifteen and eighteen.

According to the United Nations, abortions before 1975 were legal only to save the life of the mother. Abortions became legal for a trial period in 1975 and permanently legal in 1979. Ironically, the 1975 law starts by stating that “the law guarantees the respect of every human being from the commencement of life,” but then it explains that those “in a situation of distress” could have an abortion before the end of the tenth week. The 10 week time limit has since been extended to twelve weeks (14 weeks after the last menstrual period). The 1975 law does provide for a waiting period before an abortion can be preformed. In 1988, France became the first European country to allow RU-486 pharmaceutical abortions.

The “free abortion” bill passed Friday still has to clear the Senate, which the Associate Press says is “likely.”

NOTE: The original version of the article has been updated with additional information.