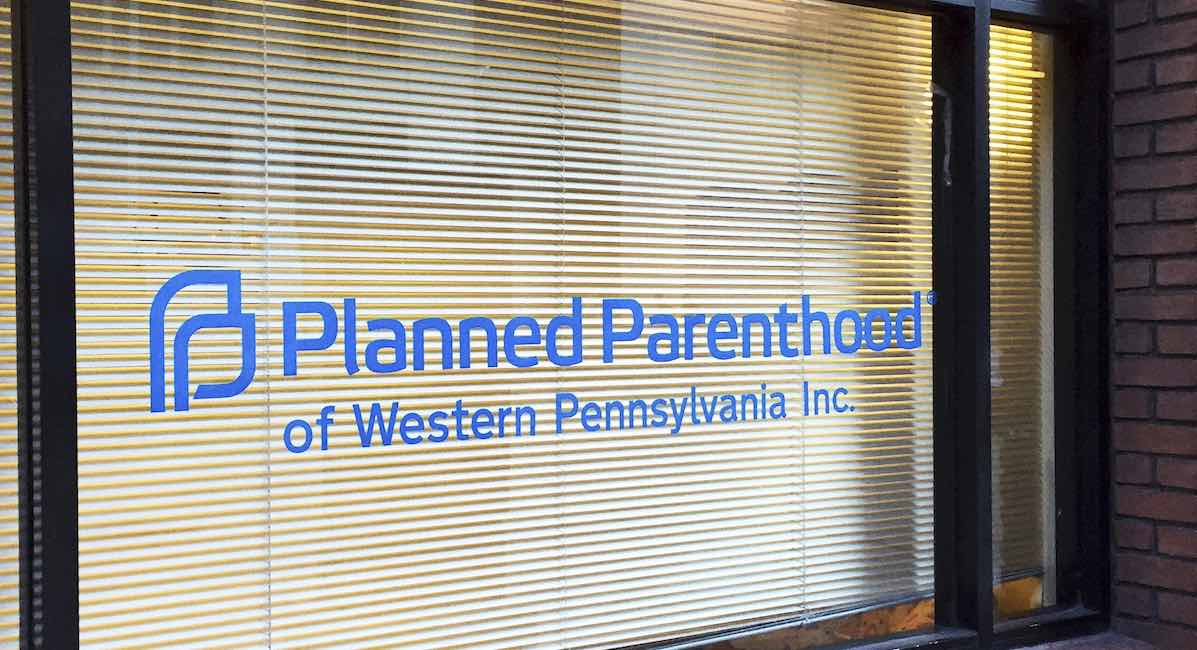 For years, Planned Parenthood ignored and downplayed the racist beliefs of its founder, Margaret Sanger, lauding her as a reproductive rights heroine. The organization has had ample time to disavow Sanger, and did not even attempt do so until very recently.

“[P]eople of color, and especially Black people, were often stuck in lower-paying administrative roles, causing high turnover rates among staff of color and preventing nonwhite employees from rising to positions of power within the organizations,” reported O’Connor, who also correctly noted that “NARAL and Planned Parenthood are two of the most powerful reproductive rights groups in the US.”

“I have never been treated so horribly in my life as I was at Planned Parenthood,” one staffer told Buzzfeed.

Current and former staffers accused Planned Parenthood of “open racism” and preferential treatment of white employees over staffers of color. They alleged that they had been “berated and belittled by their bosses” while their white counterparts were not treated in that manner. They also claimed they were held back from promotions and were “unable to move up within the organization, while their white colleagues were promoted,” Buzzfeed reported.

It is important to note that although Buzzfeed claimed to have corroborating evidence of these claims, the outlet did not publish this evidence, nor did it name many of the staffers, who reportedly “fear[ed] giving ammunition to abortion opponents.”

According to Buzzfeed, while the National Planned Parenthood office now has a Black female president, Buzzfeed claimed that CEOs in just eight of Planned Parenthood’s 49 state-level affiliates are people of color.

In addition, Buzzfeed reported that “[t]wo former employees of Planned Parenthood affiliates — one in Pittsburgh, and the other in Washington, DC — sent BuzzFeed News copies of their resignation letters, in which they detailed instances of racial ignorance, open racism, and a culture that prevented them from moving up professionally while their white colleagues were promoted.”

“Planned Parenthood advertises that it exists as a safe space to protect and support women, especially women of color, but from my experiences I can confidently say that it does not practice what it preaches,”  the Pittsburgh employee wrote in a resignation letter provided to Buzzfeed.

The former employee accused Planned Parenthood management of being “comfortable and unaccountable while employees suffer and go unheard.” She and a separate former staffer told Buzzfeed, “the few employees of color were frequently undermined while their white colleagues were promoted around them.”

A former Black employee of Planned Parenthood of Metropolitan Washington, DC (PPMW), told Buzzfeed that she “was treated noticeably differently from her non-Black colleagues” and had been “repeatedly singled out, berated, and even screamed at by a supervisor.”

Despite her high-ranking role, she said she was constantly told to serve board members food, clean up after meetings, organize people’s parking permits, and other assistant-level work. She and two other Black women who worked at the DC affiliate around the same time said their white colleagues would constantly use racially charged terms like “aggressive,” “domineering,” and “threatening” to describe another Black male employee; they found him mild mannered and kind.

“I’ve worked at plenty of nonprofits, and I have never been treated so horribly in my life as I was at Planned Parenthood, to the point where I grew very depressed, had a lot of anxiety, and cried in the bathroom almost every day,” the former PPMW staffer told Buzzfeed.

In total, four PPMW staffers alleged that Planned Parenthood’s office was segregated, with “the few women of color all sitting at the same row of desks.” Two PPMW staffers alleged to Buzzfeed that “that their colleagues, including their white manager, would sometimes refer to the Black and Latinx women in that row as the “barrio” or the “ghetto girls.”

A statement sent to Buzzfeed by a PPMW spokesperson read in part, “We know, of course, that PPMW is not immune to the systemic racism that permeates our society, and over the past several years we have prioritized our diversity, equity, and inclusion efforts….” 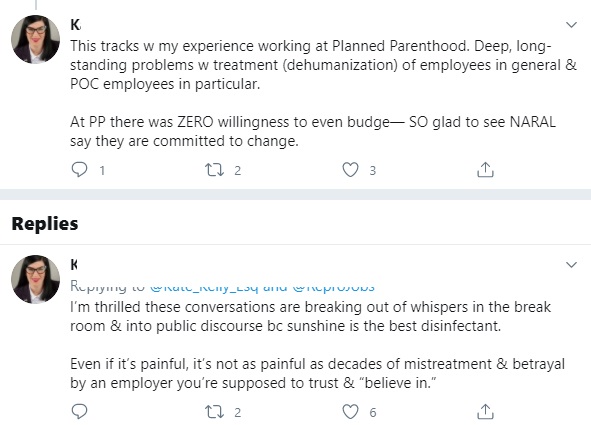 Another tweeted, “I’ve been holding this in for years! I was a shell of myself while trying to survive PPFA & the political organizing team. I was so extremely depressed & everyone I met saw it in me. I took a huge pay cut & returned to my old job just to get out and still feed myself and pay rent.”

Another tweet from the same user read, “… I worked at @PPact on the @PPGenAction team and it was the most racist and toxic work environment I have ever experienced in my life…“Diversity” & a few Black women in positions of power will never be enough for an org that has built their entire existence on the oppression of Black and Brown folks. Just because a FEW Black women are present, doesn’t mean Black patients & staff are being served.”

Live Action News previously documented how multiple Planned Parenthood employees have jumped ship due to long-held dissatisfaction with the corporation, leading some staffers to unionize and others to file whistleblower lawsuits.

Recently, Planned Parenthood employees charged the organization with being more concerned about money than anything else. Still others have accused Planned Parenthood of mismanagement and prioritization of profits over patients. In 2018, the New York Times exposed the organization’s abysmal treatment and discrimination against its pregnant employees.

Since 2000, Planned Parenthood has committed over 5.6 million abortions while accruing over $1.5 billion in excess revenue. At the same time, staffers at various affiliates have claimed the corporation failed to pay them a decent wage, failed to offer paid medical leave, and unnecessarily furloughed employees.

Despite the mounting charges of abuse and racism within Planned Parenthood, the corporation continues to receive more than half a billion dollars each year from taxpayers.