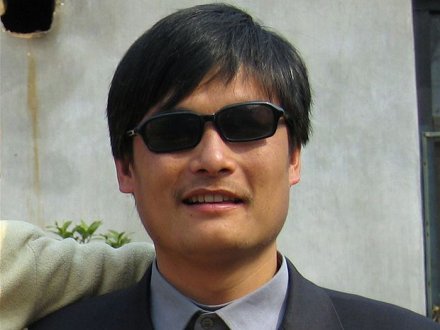 Let’s have someone with actual integrity, TIME.

I wasn’t too surprised to hear that TIME Magazine had nominated Sandra Fluke for their 2012 Person of the Year pick. After all, this isn’t the first time they’ve done something that’s led me to shake my head in bewilderment. Remember Jamie Lynne Grumett and her controversial breastfeeding cover? I don’t have a problem with attachment-parenting practices like co-sleeping or adoptive breastfeeding. What did bother me, however, was the way TIME used a divisive and provoking title along with an outtake pic to garner magazine sales.

As for TIME‘s Person of the Year pick, I’d hope they’d lean towards someone who captivates, inspires, and makes positive changes in our world. “Gangnam Style” is a catchy song, but I don’t think PSY deserves a nomination for it. Let’s not even get into how absurd nominating E.L. James, author of 50 Shades of Grey, is. Why does our society think it’s cool to honor people who write books that favorably portray abusive relationships? (For the record, I’ve never read the book and never will. The plot summary alone is enough to turn my stomach.)

When it comes to nominating Sandra Fluke (who in the same tweet thanks TIME and then accuses them of being sexist for their limited female nominees), TIME is supporting a woman whose views are steeped in radical feminism, mixed with an entitlement mentality and misinformation about a birth control agenda birthed out of a philosophy of eugenics. While I don’t have anything against Sandra as a person, I am opposed to the rhetoric she spews – for example, her anger-laced speech at the Democratic National Convention. I don’t know about you, but I thought she just came off as pissed.

Her talk before Congress left me confused. How can a former Georgetown student go before Congress to plead that her fellow students get coverage to pay for their birth control, when those same students are figuring out a way to pay for tuition, books, and all other costs involved with going to college? Not to mention parties, alcohol, and all the other crazy things college kids pay for. Even with scholarships, tuition for a school like Georgetown will have women shelling out thousands more than the amount they’re paying for birth control. Birth control isn’t a necessity for college students. I got my degree without needing it, and so did my friends.

While I sincerely sympathize with Sandra’s friend who lost her ovary, It’s wrong to place blame on a university’s health plan. Especially when Georgetown’s Policy on contraceptives states birth control can be covered for students with medical reasons. The Blaze, shares Sandra’s exact words before Congress:

“A friend of mine, for example, has polycystic ovarian syndrome and has to take prescription birth control to stop cysts from growing on her ovaries. Her prescription is technically covered by Georgetown insurance because it’s not intended to prevent pregnancy.”

Research shows Sandra was a women’s right’s activist before enrolling in Georgetown. In one of her first interviews she admits  reviewing Georgetown’s insurance policy prior to committing to attend.  Many believe she decided to attend the school to battle against the school’s policy on contraceptives. To pick a Jesuit or Catholic school and then demand that the school violate the principles and convictions it’s based upon is ludicrous to me. Sandra came off as a concerned college student, innocently fighting for her fellow students to get birth control. Her life work and history suggests she was an experienced and radical activist, looking to pick a fight for so called “woman’s rights.”

Birth control is the popular thing to support these days. I won’t be jumping on that bandwagon anytime. Birth control is not the answer to poor minority women’s woes, or the liberator for millions of women.  Birth-control is a not right for women. The Pill was Margaret Sanger’s dream – a dream that involved diminishing the population of the poor minorities she claimed to want to help. In less than a century, our nation has gone from contraception being illegal to upbeat commercials that tell women to take shots that’ll limit their menstrual cycles to three times a year. The many side-effects of birth control are disclosed in the ads as women jump in swimming pools, dance with attractive men, and enjoy a life of fantasized “ freedom.” I’m not buying into the lie. 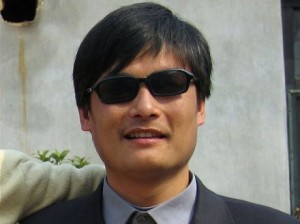 If I were in charge of picking TIME’s person of 2012, I’d recommend a person with courage, perseverance and heart. My pick is activist Chen Guangcheng. Chen is a hero in my book. The man is a blind lawyer and activist who put his life on the line to stand up against forced abortions in China. He’s endured beatings, imprisonment, harassment, and all sorts of suffering for standing up for what is right. He’s not known for giving witty speeches in comfy halls. His work’s been done in the night, listening to the whispers and tears of women pleading  for help. He’s labored in the face of unjust laws; he had to flee the country he loves, yet he has not ceased to be a voice for truth in the nations.

I was pleased to see GQ’s men’s magazine name him Rebel of the Year for 2012. In the article written by GQ’s John G. Thompson, a meeting is described between Chen and members the House of Representatives on August 1. It was Chen’s last major public appearance. He was introduced by Speaker John Boehner. In the article, we get a window into Chen’s thoughts:

When they sat me in John Boehner’s office, they gave me this massive leather chair. I don’t really remember anything other than how comfortable it was. As soon as I sat in that chair, I thought, “This really is a different kind of place!” John Boehner didn’t say much. Nancy Pelosi visited me at my apartment earlier in the summer. I’ve had a good impression of Nancy Pelosi for years from the degree of her devotion to human rights causes in China[.] …

I know Boehner and Pelosi might not agree [about which rights I represent]. I think I protect the rights of unborn children, the rights of women, and the rights of any citizen. Human rights are not just children’s rights or women’s rights. Men have rights. The elderly have rights. This is a human problem, a fundamental concept. I don’t think Mr. Boehner and Ms. Pelosi differ on this idea. They may promote rights from different angles, but I don’t think one-hundred-percent agreement is necessary.

Am I happy here? I think this is a difficult question to answer. It’s not that I’m unhappy in America, it’s just that I could have been happy wherever I had the freedom to do the work I want to do. This was the main reason I had to leave China: I couldn’t do what I wanted there. I don’t think that being in the United States diminishes my influence. Even in prison, I was able to do some second-order stuff that I never made public. I think influence is based on ability and a little luck, not where you are.

I’m may not know all the elements that make up an influential person, but I do know when I see one. Chen Guangcheng’s sacrificial fight to protect the rights of the unborn, women, and all citizens makes him my pick for Person of the Year 2012. I hope to be half as brave as he is.