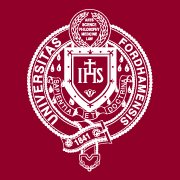 More examples of shocking bias in academia — and this at a Catholic university.

For my three years as an undergraduate, I attended Fordham University. Recently, there has been quite the stir surrounding Fordham and the speakers who have been invited and whose invitations have been rescinded.

The entire e-mail was also posted on the Fordham University Facebook page and can be viewed on the university’s website. The controversy and the cancellation were covered by The Observer, the student paper at the Lincoln Center campus. The university’s website does not mention that there has been reporting from the Young America’s Foundation, FIRE (Foundation for Individual Rights in Education), and The Daily Caller as well. Fox News even has covered the issue on “The Five.”

Now, Ann Coulter is certainly not without her fair share of controversy. And she has certainly come under fire from the pro-life community recently, as expressed by Kristen Walker Hatten here on Live Action News. Though nowhere in Fr. McShane’s e-mail or comments from angry students was there anything about her not being pro-life enough to speak at a Jesuit University, which Fordham is.

And now, this upcoming Friday, February 16, there is a speaker who most certainly is not pro-life enough to speak at Fordham University. That speaker? Peter Singer. Fr. McShane has not sent out any statement in an e-mail addressed to the entire school about having such a speaker. The president not only did that in the instance of Ann Coulter’s invite, but expressed his “disgust.” I am disgusted with Peter Singer, and I expect Fr. McShane to be as well. Yet there has been no such e-mail.

In case you are not aware, Peter Singer is an advocate for abortion, as a woman’s right and as a form of population control; bestiality; and euthanasia, and he has made the moral case for infanticide, particularly for disabled infants. Yet from the description of the event and of Peter Singer on “FORDHAM NOTES: A NEWSBLOG FROM FORDHAM UNIVERSITY’S NEWS AND MEDIA RELATIONS BUREAU,” you would not know this.

The event is titled “Panel: Christians and Other Animals” with the subtitle “Christians and Other Animals: Moving the Conversation Forward.” Peter Singer is listed as the top panelist, with his credentials listed as “Peter Singer, Ira W. DeCamp Professor of Bioethics, Princeton University.” There is also a brief one-sentence bio listed about him at the end: “Peter Singer—in addition to being the most influential philosopher alive today—was the intellectual heft behind the beginning of the animal rights movement in the 1970s.” Regardless of whether that bio was written by a person from Fordham, which it may very well have not been, by attaching it to a Fordham advertisement for a Fordham-held and sponsored event, it seems as if the university is standing by Peter Singer “being the most influential philosopher alive today,” and influential in not such a bad way.

Ann Coulter was invited by a student group on campus, an invitation which is to be approved or denied. Regardless how one feels about Fr. McShane’s statement or the decision by the College Republicans to (dis-)invite Ms. Coulter, one surely realizes that the university could have denied the speaker even before approving her, and that neither the event nor Ann Coulter’s views are endorsed by the university or Fr. McShane. However, not only is Fordham University displaying the panel with Peter Singer on a web page for the university, but the panel is also co-sponsored by the Department of Theology, the Center for Religion and Culture, the Office of the Provost, the dean of Fordham College at Rose Hill, and the dean of Fordham University faculty.

Some may claim that perhaps it is beneficial to hear Peter Singer speak and give his thoughts on Christianity, so that we may hear what “the other side” has to say and make the decision for ourselves. However, the views of Peter Singer and his disdain for Catholic beliefs and schools certainly do not make a Jesuit, Catholic University the appropriate venue for him to express these views if the university is to uphold the principle that life is sacred and abortion is wrong. This should be the case even and especially in an academic setting such as a panel. Perhaps at a secular university this panel may seem more appropriate, but Fordham is not that type of university.

It should not be considered “academic” for it to not be so taboo for humans to have sex with animals, or to kill babies in the womb or after they have already been born. Someone who believes such and other aspects of the “culture of death” should not be highlighted as “the most influential philosopher alive today,” regardless of his desire for animal rights.