The “father of the abortion movement,” Larry Lader, was heavily influenced by Planned Parenthood founder Margaret Sanger, about whom he wrote a biography. Planned Parenthood was also steeped in eugenics from its beginning, and boasted a list of eugenics proponents as its board members. Although the two shared a eugenics ideology, Lader would eventually part ways with Sanger over abortion. But it was perhaps Sanger’s warped eugenic ideology that motivated Lader to manipulate the 1960s women’s movement to push for abortion legalization.

“Larry never seemed to be interested in the rest of the women’s movement, the equal rights amendment, child care and so forth,” Sey Chassler, a consulting editor at Parade magazine, recalled to the LA Times in 1995. But on abortion, “he is absolutely single-minded. He just keeps going forward on it.” 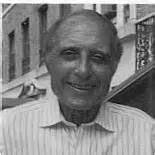 In 1966, Lader authored the book “Abortion” on the heels of the Supreme Court’s 1965 decision in Griswold vs. Connecticut, granting a so-called right to privacy. “If I had written it five years earlier, it would have sunk like a stone,” he admitted.

Lader stressed in the book, “We will only defeat ourselves by producing an endless cycle of unwanted children. Those born in slums, for example, denied even the smallest share of education and economic opportunity, have little chance of realizing their full potential as citizens.” He goes on to quote Garrett Hardin, a leading eugenic ecologist, whose views influenced debates on abortion, immigration, foreign aid, overpopulation, and other provocative issues.

Hardin, a member of the American Eugenics Society, who was given Planned Parenthood’s highest national award in 1980, once called it insanity to rely on voluntarism to control population. He advocated coercive birth control, stating that citizens should be willing to give up their right to breed for the betterment of society.

“When unwanted children become parents,” Lader quotes Hardin in “Abortion,” “they are more likely than others to be poor parents themselves and breed another generation of unwanted children. This is a vicious cycle if there ever was one. It is ruinous to the social system.”

“Above all, society must grasp the grim relationship between unwanted children and the violent rebellion of minority groups,” Lader went on to state, then using Planned Parenthood’s iconic slogan, “every child a wanted child,” coined by eugenicist Frederick Henry Osborn, a founding member and president of the American Eugenics Society (AES) who also signed Sanger’s “Citizens Committee for Planned Parenthood,” published in her review in April 1938. 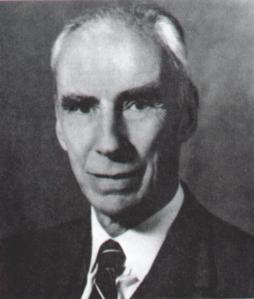 “As long as a reasonable chance of contraceptive failure persists, however, abortion must be included as part of birth control to insure every child’s becoming a wanted child,” Lader wrote. He then turned from a eugenics emphasis to couching abortion as liberating for women, calling it, “the final freedom,” and quoting Sanger as saying, “No woman can call herself free until she can choose consciously whether she will or will not be a mother.”

“The complete legalization of abortion is the one just and inevitable answer to the quest for feminine freedom,” Lader stated. “All other solutions are compromises.”

Lader saw abortion as liberating for women, sexually. But in reality, abortion was a man’s dream and the last barrier keeping him from free sex without consequences… and has shifted the responsibility of pregnancy to the woman alone.

“The rapid advance of legalized abortion in turn gave the feminist movement an explosive boost,” Lader wrote in “Abortion II,” adding, “Abortion provided the prime weapon against sexism and the ‘biological imperative’ – the prison of unwanted childbearing that had chained most women to the role of housekeepers, nurses, and cooks under male dominance. Once sex had been detached from pregnancy, Women’s Liberation could construct its own ethics on the ash-heap of puritan morality.”

Lader then suggested that the “feminist revolt” was the “rebirth of sex… an explosion of sexuality” while also pointing out that a recent study had shown that “nearly half of all unmarried women have had sexual intercourse by the age of nineteen.” Of course, Lader also observed from that Commission on Population Growth study that, “more Blacks than Whites had intercourse in each age group.”

Lader described the feminist demands as “a complete restructuring of sexual morality,” claiming that the “most radical feminist wants an even more sweeping revolt – the end of the nuclear family itself.” He claimed the feminist had replaced the security of a “husband’s salary” for the “biological security of abortion.”