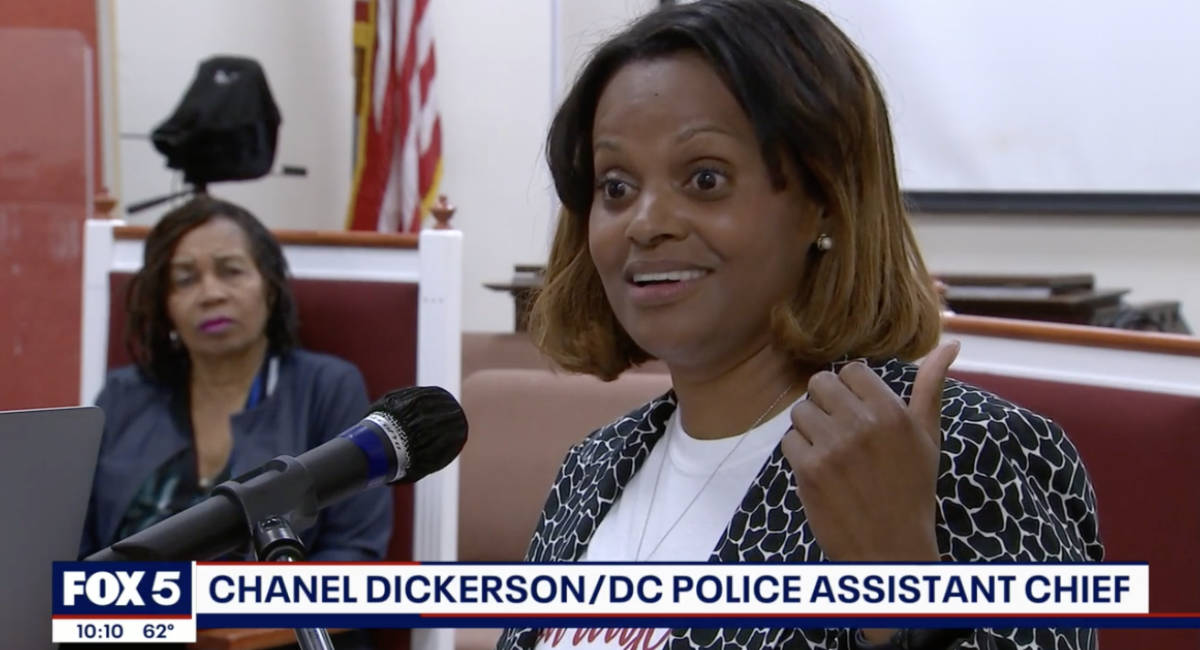 A Black woman participating in a $100 million class-action lawsuit against the Metropolitan Police Department (MPD) in Washington, D.C., for alleged discrimination and abuse said in an impromptu statement that she was coerced into having an abortion by superiors, and threatened with the loss of her job if she didn’t.

Chanel Dickerson, the assistant chief of the Youth and Family Engagement Bureau, is the highest-ranking Black woman at the MPD. She spoke at a community meeting on Tuesday about her experiences. “When I was 18 years old as a police cadet, I was told I had to have an abortion or be fired from the MPD cadet program,” Dickerson said. “Wow. My choice to have a baby was personal and it should’ve been mine alone and not for an employer ultimatum.”

She continued, noting that other women suffered similarly. “Fast forward from that time, I think about… my female colleagues, when I was promoted to sergeant,” she said. “And it was another sergeant who was promoted with me and she needed a shift that was conducive to taking care of her child as a single mother. Unfortunately, she had to do things no woman should ever have to do to care for her child.”

Since being pressured into an abortion, Dickerson has not had any more children, and explained that her statement about the coerced abortion hadn’t been planned.

Ten women are participating in the lawsuit, saying they faced racial and sexual discrimination, “a hostile workplace, and systemic retaliation by management.” While the women have stated that they suffered bullying and discrimination, they also noted that if any of them complained or fought back against the unfair treatment, they were punished. The MPD Equal Employment Office (EEO) allegedly dismissed their concerns when it was brought to their attention.

“But the worst of it, we were labeled as troublemakers, angry Black women,” Dickerson previously said, according to WUSA9. “And I’m here to say we are not angry Black women. We are tired women. And no one should have to endure what we did.”

Pregnant women have frequently suffered discrimination in the workplace, despite legal protections. Employers like UPS, Nike, Planned Parenthood, Google, and Walmart have all been accused of pushing women out of their jobs for getting pregnant. Meanwhile, politicians, pharmaceutical companies, car dealerships, and countless other employers have been accused of coercing women into abortions under threat of job loss. Pregnant women in the military have also reported being pressured to have abortions to keep their jobs. Female students at military academies likewise face pressure to abort; choosing to parent results in expulsion.

Because of legal abortion, there is no incentive for employers to accommodate women’s pregnancies. Those accommodations are considered too expensive, or bad for the bottom line — because abortion enables women to keep working without being an “inconvenience” to their managers by carrying a baby or raising a child. This anti-woman status quo will continue until women and their children are seen as important and valuable enough to be taken care of in the workplace.