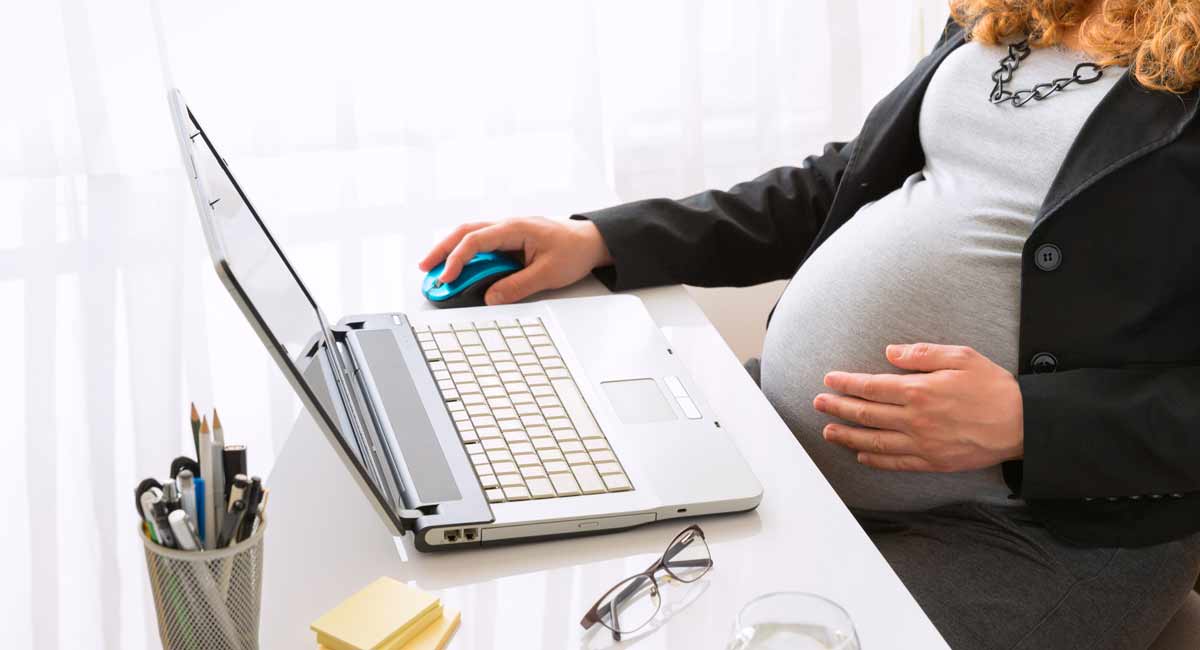 The day Joeli Brearley was fired from her job was a day she’ll never forget — partly because it was the day after she told her boss that she was pregnant, and partly because the firing came from a message left on her answering machine.

Brearley was in shock. Her initial attempt at legal restitution was met with silence. While she could have attempted to go through the courts, that option was expensive and soon she discovered her pregnancy was high-risk, rendering her unable to pursue other avenues of justice.

According to her article in the Daily Mail, every year 54,000 United Kingdom women are forced to leave their jobs because they became pregnant, and 77% of mothers experience discrimination at work. When Bearley found she wasn’t alone, she wrote a book and set up an organization called Pregnant Then Screwed.

Some of the anecdotes Brearley writes about include an employer who forced a woman to prove she wasn’t pregnant by taking a shot of vodka every morning, another pregnant woman whose boss asked if she had considered an abortion, and a woman who — after being told her promotion was guaranteed — had the opportunity pulled when she told her boss she was expecting.

In a normal year, the organization fields about 3,000 calls, connecting women with legal resources and advice. Since the start of the pandemic, that number has ballooned to 32,000, according to the Guardian. Among other things, Pregnant Then Screwed offers workplace training for employers, and also seeks government support for equal parental leave for fathers.

Parents in the U.S. have been similarly flummoxed while working from home during the pandemic. In July of last year, Florida State University announced that parents working from home would no longer be allowed to care for their children while working remotely. A woman in California is suing her former place of work after she was fired when her boss heard her four-year-old and one-year-old children on a work call. Time magazine recently published the story of three women who were denied reasonable accommodations for infants and children and were subsequently fired.

Pregnant women are all too often being punished and made to feel as if they must choose between their livelihoods and motherhood. In response to Alabama’s 2019 heartbeat law, an editorial published by nearly 200 CEOs made it clear that they considered abortion preferable to child-rearing for their bottom line: “Restricting access to comprehensive reproductive health care, including abortion, threatens the health, independence, and economic stability of our employees and customers.” A Twitter user summed up the CEOs’ message: “BREAKING: Area CEOs prefer abortion to maternity leave, call it feminism.”

Despite this, working mothers also have been celebrated in ways sometimes that are, even if unintentionally, pro-life. In a widely praised 2019 issue, Vogue featured four prominent working mothers and their babies: rapper Cardi B, model Ashley Graham, director Greta Gerwig, and fashion designer Stella McCartney. “Women always want to talk about feminism and supporting everybody, except if it doesn’t fit your category of what to support. Certain women that claim they are feminists only think that a certain type of woman should represent that. […] Feminism means being equal to a man. And I am,” said Cardi B, as Live Action News reported.