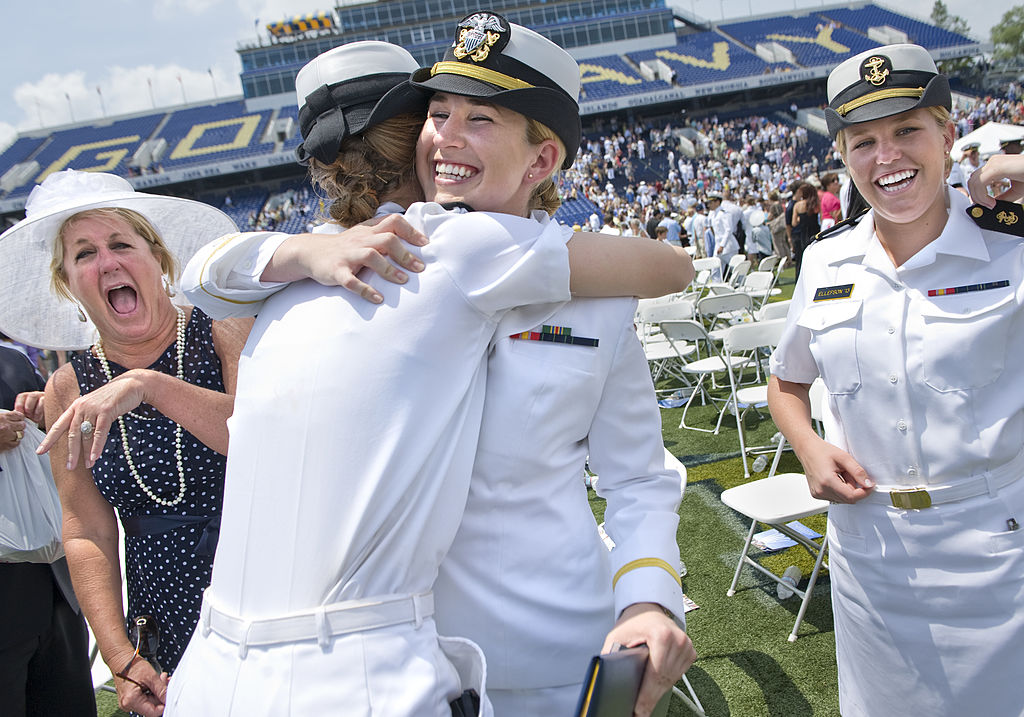 A new bill introduced by Republican Senator Ted Cruz and Democrat Senator Kirsten Gillibrand, the Candidates Afforded Dignity, Equality and Training Act of 2021, or CADET Act, would ban military academies from forcing women to either have an abortion or drop out of school should they become pregnant.

The bill was highlighted by Defense One, which spoke to Cruz about the current policy and why it needs to change. “This policy is unfair, antiquated, and unacceptable,” Cruz said. “The CADET Act is a commonsense step to ensure the brave young women of our armed forces have the right level of support to continue their academy training and go on to fulfill their future service as commissioned officers while raising their family.”

Current policy mandates that students at military academies can’t have dependents. This means that women who become pregnant, or men who father a child, are given few choices. They can either have an abortion, put the baby up for adoption, or drop out of school. If choosing the latter, they would be forced to repay the government for their education, because they won’t be permitted to serve in the military after graduation. This all but pushes pregnant students into having abortions.

Dean Miller, chief of media relations for the Air Force Academy, admitted that seven cadets have resigned or been expelled due to pregnancy, while the Naval Academy and U.S. Academy and West Point did not comment. But the true number is almost certainly much higher than seven; any student who gets pregnant and undergoes an abortion could have been motivated by this policy. And while the policy does, technically speaking, affect men as well, it disproportionately penalizes women. A male student may not even know he got a woman pregnant, and if he did, it would have no bearing on his ability to continue the rigorous physical requirements for the academy. Women, however, cannot hide a pregnancy, and remaining pregnant would prevent them from participating in some of the physical activities.

Under the CADET Act, women who get pregnant can take a year off from school to give birth and then recover, before returning and graduating a year later than originally planned. Similar to military service members when they go on deployment, someone would be named temporary guardian for the child while they finish school.

“From the more conservative side of the Senate, this is seen as a pro-life movement, if you remove the choice [that is presented as]… you can pay for a private abortion and stay or you can carry the pregnancy to term and you must leave,” Katherine Kuzminski, a director of the Military, Veterans, and Society Program at the Center for New American Security, told Defense One. “It’s also a very feminist and progressive move in that it doesn’t punish women for making the choice that’s best for them and their family.”

Defense One said sources told them the Air Force Academy and Naval Academy both support the legislation.

In a statement, Cruz said the bill is long overdue. “Under our current system, cadets who become pregnant must either sign away the rights to their child, get an abortion, pay devastating financial responsibilities, or leave the academy altogether,” he said, adding, “I am proud to introduce this crucial legislation ensuring cadets in military academies can retain legal guardianship of their children without unnecessary burdens, and most importantly, keep young military families together. The CADET Act is a commonsense step to ensure the brave young women of our Armed Forces have the right level of support to continue their academy training and go on to fulfill their future service as commissioned officers while raising their family.”