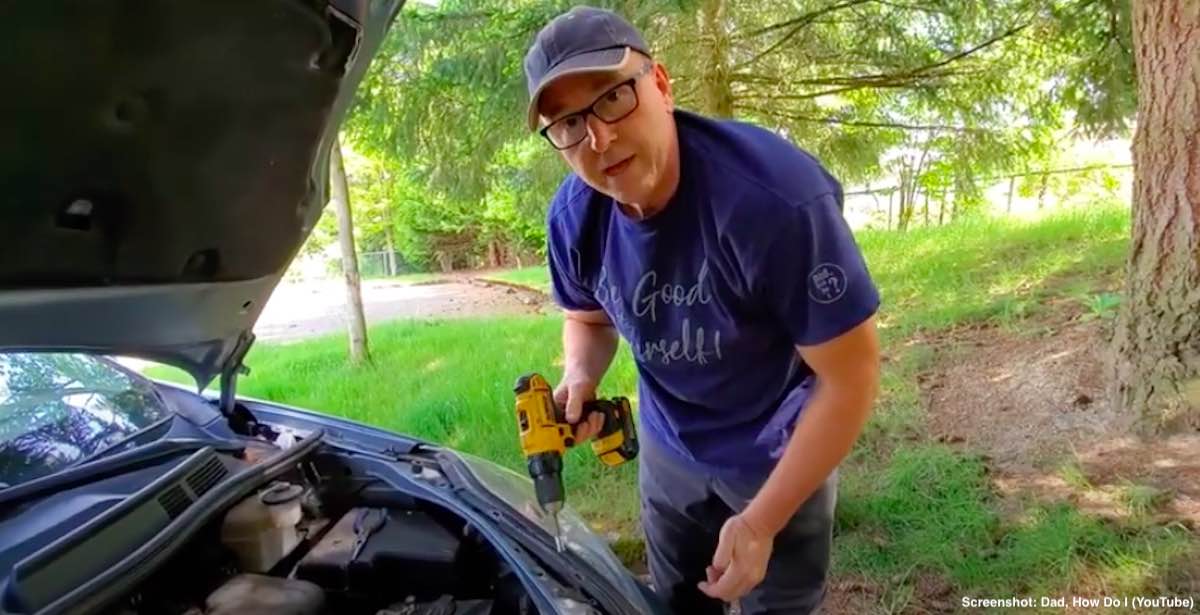 Dads matter. Just ask anyone who grew up without one. Rob Kenny’s dad—who had been given full custody of Rob and his seven siblings due to their mother’s struggles with alcoholism—walked out on them when Rob was a teen. According to TODAY.com, Kenny’s newlywed older brother Rick then took him into his house and under his wing, teaching him what his father should have in his growing up years.

Now in his 50s and married with two adult children of his own, Kenny has started a YouTube channel called, “Dad, How do I?” On the channel, he doles out “dadvice” for kids who don’t have fathers in their lives to teach them hands-on skills and overall life lessons. As of the publication of this article, the channel had 2.27 million subscribers.

According to Country Living, “85 percent of his audience is women aged 25 to 40,” which makes sense, given the content of many of Kenny’s videos. Tutorials include how to fix toilets, how to change tires, how to jumpstart a car, how to iron a dress shirt, and more. Videos on the channel are broken down into five categories: Tool Tuesdays, Dad Chats, How Tos… Bathroom Edition, How Tos… Car Edition, and a miscellaneous How Tos section.

Found a YouTube channel of this guy who's Dad walked out on him when he was 12.

Now a dad to two (adult) kids himself, he's made a YouTube Channel called "Dad, How Do I?" – where he makes maintenance videos for people with no Dads.

But viewers aren’t simply coming for help changing a car battery. Based on the comments section alone, his videos are hitting home and filling an emotional and familial need nationwide and even across the world.

Rob’s typical greeting at the start of each video is, “Hey Kids!” One commenter noted, “When you say ‘Hey Kids’ I automatically want to say ‘Hey Dad.'” Another person wrote, “You said ‘hey kids!’ and I had to like, pause and regroup for a sec. Thank you for this.” Other comments reference the “dad jokes” he includes at the beginning of each video, with commenters on a recent video sharing jokes of their own after a newly posted video didn’t have one. A recent comment on another video read, “the only man in my life that has told me he’s proud of me.” Others have said that Kenny is like “Mister Rogers for adults.”

On June 15th, Kenny announced that he is partnering with Lowe’s for a #dadbuiltthis challenge to recognize the dads across the country who are showing up day in and day out for their families. Lowe’s will surprise hundreds of dads with gift cards to support their DIYing and encourage them to keep fighting the good fight.

Rob Kenny’s videos are bringing hope and inspiration to millions. Good one, Dad.

﻿The author dedicates this article to her dad, who showed up day in and day out to teach hands-on skills and life lessons while his seven kids were growing up.