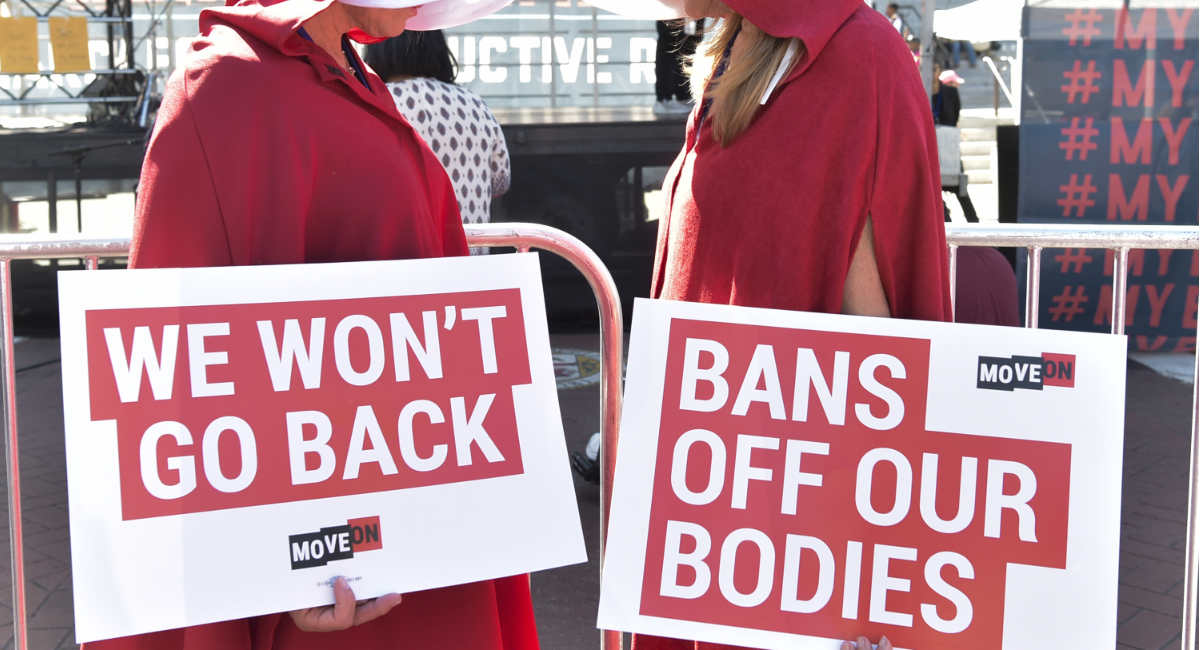 Countless people have been protesting across the country in the wake of the leaked Supreme Court draft opinion overturning Roe v. Wade — and at Planned Parenthood’s urging, a group of celebrities has decided to join the fray.

An ad was taken out in the New York Times by Planned Parenthood for their “Bans Off Our Bodies” campaign. “The Supreme Court is planning to overturn Roe v. Wade, taking away the constitutional right to abortion,” the ad read. “Our power to plan our futures and control our own bodies depends on our ability to access sexual and reproductive health care, including abortion.”

Reportedly, 160 celebrities signed the ad, including Ariana Grande, Billie Eilish, Lili Reinhart, Selena Gomez, Megan Thee Stallion, Olivia Rodrigo, and more. “We are artists. Creators. Storytellers,” the ad continued. “We are the new generation stepping into our power. Now we are being robbed of our power. We will not go back — and we will not back down.” 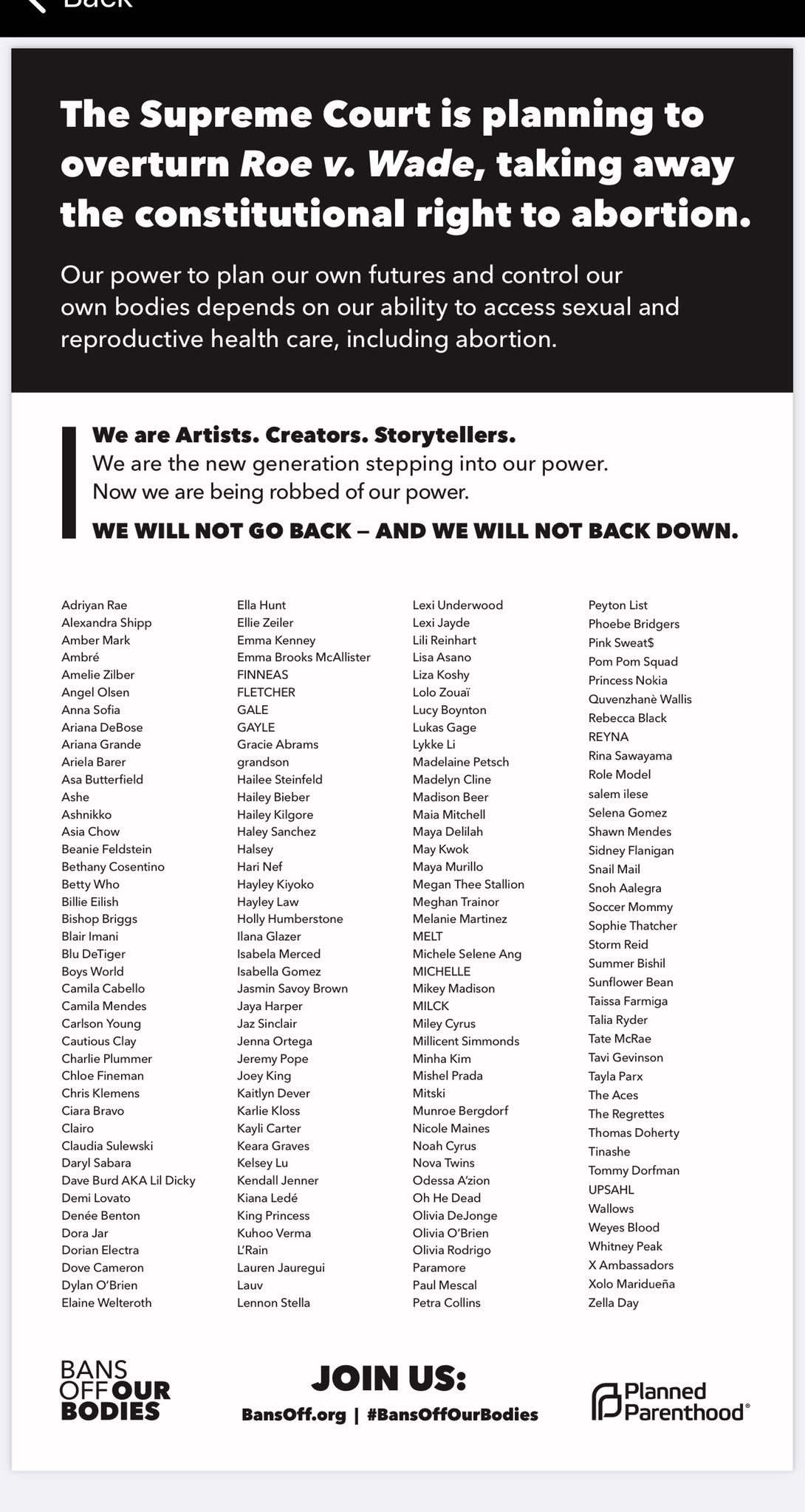 These are hardly the first celebrities to agitate for abortion, or claim it is responsible for their fame and success. People like Michelle Williams, Stevie Nicks, Alyssa Milano, and Cecily Strong have spoken about having abortions, and how without them, they would not have their careers; actress Busy Philipps is not only an outspoken abortion activist, she has given abortion the credit for her “beautiful life.”

Yet none of these celebrities seem to realize that forcing women to choose between their education or careers and their children isn’t empowerment at all. In fact, it’s the exact opposite.

To this day, women are coerced into abortions on a regular basis by their partners and family members; others are pressured by their employers or educational institutions. Hollywood in particular is notorious as an industry for forcing actresses into abortions, especially in cases of assault. And it is still happening today.

No woman should ever have to fear that having a child will negatively impact her education, career, or future. Claiming abortion gives women “power” isn’t a feminist claim; it’s grossly misogynistic to argue that women must be penalized for their ability to bear children. That is the mentality that allows pregnancy discrimination to continue, because as long as abortion is available and acceptable, why should anyone bother to cater to or respect pregnancy and motherhood?

Abortion robs women of choices and power. It’s a shame that so many celebrities are not able to see that.