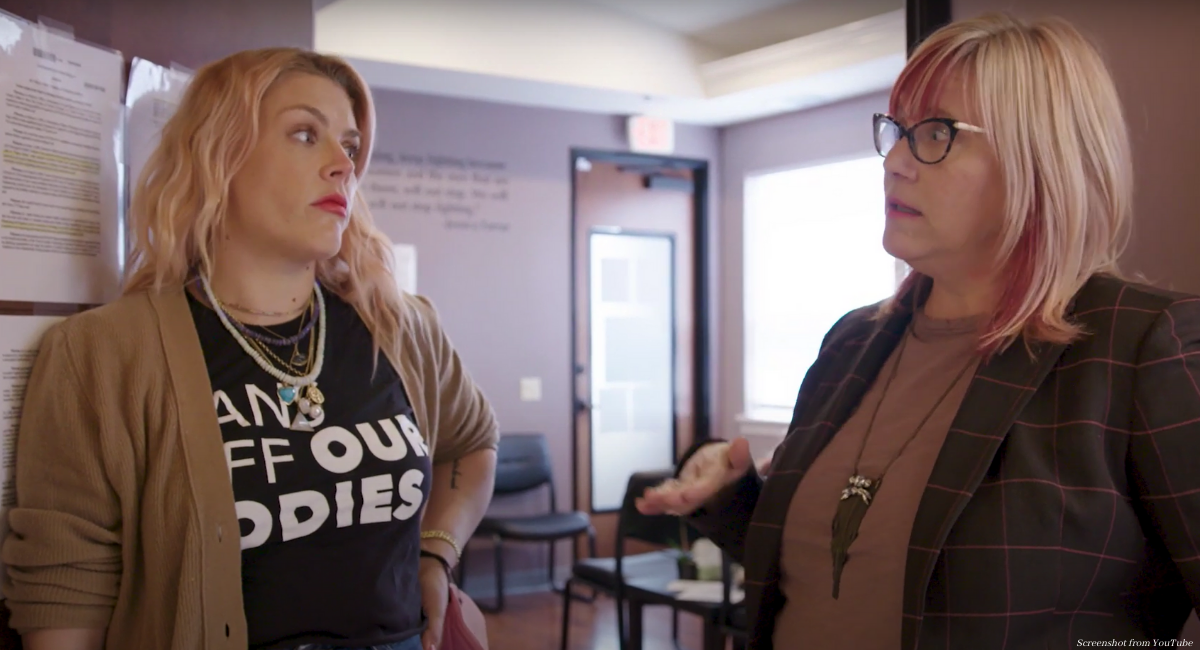 Busy Philipps, known for her roles in “Dawson’s Creek,” “Freaks and Geeks,” and “ER,” is an outspoken abortion supporter. In 2019, her autobiography revealed that she had an abortion at age 15. Since then, she has attributed her success to having obtained an abortion as a minor, appearing in public to literally shout her abortion.

The only thing more morally and spiritually broken than a mother cheering over the death of her baby so she could have fame and wealth is the complicit men who goad her on.

Whole Woman’s Health shared Philipps’ visit on their website and social media, and the message conveyed through the video was the chain’s attempt to seem relatable, normal, and like familiar “health care,” even though abortion is not health care. The video of the visit, posted both on YouTube and Instagram, shows Philipps filming a video on her phone with CEO of Whole Woman’s Health, Amy Hagstrom Miller.

Most of the video involves a tour of the facilities, with Philipps and Miller proclaiming again and again that abortion is health care, and that the abortion business is “just a regular doctor’s office,” hoping that “the shame is melting off” the abortion industry.

For part of the tour, Miller called attention to the chain’s attempt to connect with feminist icons to send the message of empowerment that abortion supposedly brings. “We name all of our rooms after different people, different heroes so that our patients kind of center their experience in a longer trajectory,” Miller said. Examples of these women include Eleanor Roosevelt (supporter of noted eugenicist Margaret Sanger), Sarah Silverman, and Amelia Earhart. In the themed rooms are inspirational quotes, many of which had to do with “courage” or “success,” continuing to push the lie that women must choose success at the expense of the lives of their preborn babies. One deeply ironic quote from Patti LaBelle highlighted this with most unfortunate wording. “All I can tell you really,” reads the quote visible on a merchandise page, “is if you get to the point where someone is telling you that you are not great or not good enough, just follow your heart and don’t let anybody crush your dream.”

Throughout the tour, Miller used words to describe the office like “quiet,” “calming,” “inspirational,” or “normal.” But the history of Whole Woman’s Health that the video fails to mention is anything but normal.

The chain has repeatedly failed routine health inspections, which Live Action News has detailed, including a failure to have licensed nurses on site, having dirty equipment with the “likelihood to cause infection,” violating standards of patient care, improperly sterilizing surgical instruments, failing to maintain a sanitary environment, and failing to maintain that everyone involved in patient care were trained in basic life support. The chain has also successfully fought standards that would have required their abortion centers on par with ambulatory surgical centers. This attitude was reflected by Miller when she told Philipps that the standard of care for abortions — until recently overturned for political reasons in the name of easier access by the American College of Obstetricians and Gynecologists — was a burden. “There’s still a forced ultrasound, a two-visit requirement, and a 24-hour waiting period,” she complained in the video. Note that ultrasound, until recent years, was considered part of routine care prior to an abortion due to the need to confirm and date the pregnancy.

Although Whole Woman’s Health tries to hide the reality of abortion and the sordid history of the chain with glossy images and celebrity endorsements, the facts speak for themselves. Whole Woman’s Health claims that it is “life changing,” but this can only be accomplished through ending lives — and the “courage” and “success” they want to sell under the guise of false feminism can never be bought at the expense of innocent children.