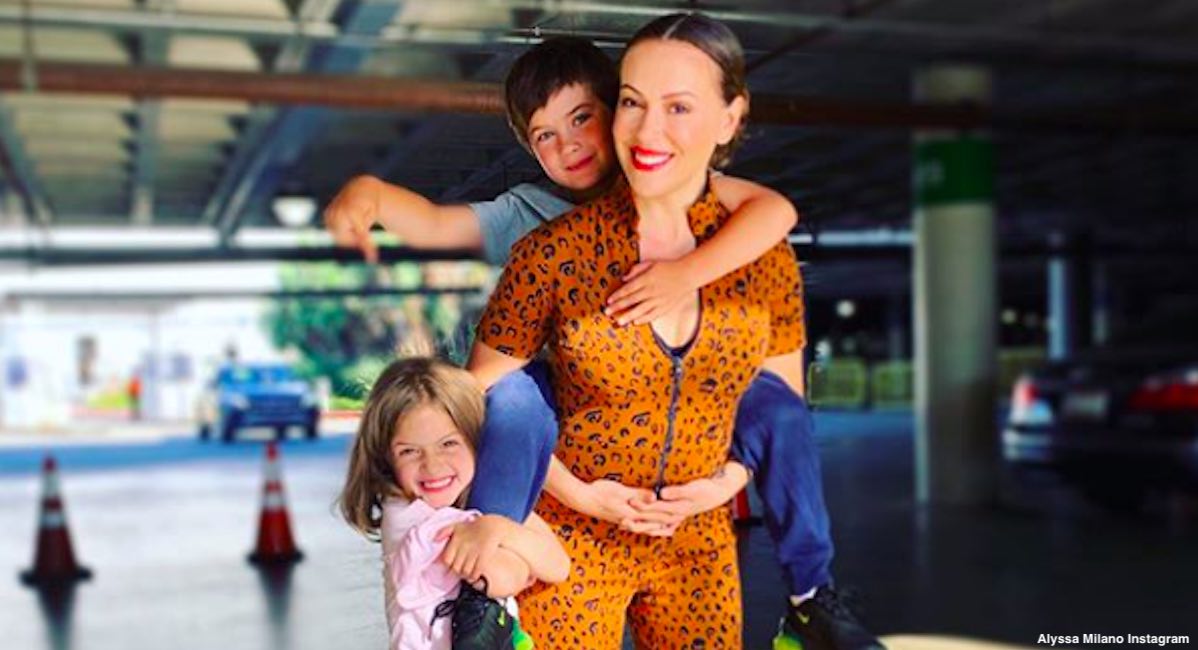 Actress Alyssa Milano was once famous for her work on television, appearing on shows like “Who’s The Boss?,” “Charmed,” and “My Name Is Earl.” Lately, however, her political activism has been getting her more attention than her career, especially when it comes to abortion. Milano is an ardent, outspoken abortion supporter, even calling for boycotts against pro-life states. In the latest episode of her podcast, titled “Sorry Not Sorry,” Milano opened up about her own past, admitting that she herself had two abortions in one year, when she was 20 years old and in a serious relationship.

Claiming that one in four women will undergo an abortion in the United States (a questionable statistic), Milano began by saying, “I’m Alyssa Milano, and I’ve had an abortion. I control my own body. Sorry, not sorry.” After sharing abortion stories from other women, interspersed with pro-abortion talking points and even pro-abortion poetry, Milano finally shared her own story.

“In 1993, I had two abortions,” she said. “I was in love for the first time in the breathless way you can only be in love when you are young. It was huge — overwhelming even. It filled every part of living, and it was a joyful and exciting and powerful time in my life.”

She explained that she was on the birth control pill, because she was not ready to become a parent, as her career was flourishing and she had her life before her. She was also taking Accutane, an acne medication that can cause birth defects. This also played into her decision to use birth control. “I still got pregnant,” she said firmly. “It was devastating. I was raised Catholic, and was suddenly put in conflict with my faith, a faith I was coming to realize only empowered men to make every single decision about what was allowed and what was not allowed. I had a career, and a future, and potential.” She said she also had “sometimes crippling” anxiety and felt she was not cut out to be a mother. She called her abortion “absolutely the right choice for me.”

“It was not an easy choice. It was not something I wanted, but it was something that I needed — like most health care is,” she said.

But so many who have abortions treat it as something far more impacting and ’empowering’ than simple health care — yet in the same breath, claim it’s just like all other medical procedures. The fact is, women instinctively know abortion is not just any procedure. Ending a pregnancy is ending a human life. It’s not like getting a root canal. In addition, Milano admits that birth control can and does fail, and yet, thanks to the sexual revolution, society has been trained to view sex as something they have a “right” to without any children who might be conceived in the reproductive act.

Later that year, she got pregnant again. “They tell you that the pill is 99 percent effective at preventing pregnancies, and yet, a few months later, I found out I was pregnant again,” she admitted with a sigh. “So once again, I made the right decision to end that pregnancy.”

“Fifteen years after that first love had fizzled, my life would be completely lacking all its great joys,” she continued. “I would never had been free to be myself — and that’s what this fight is all about: freedom.”

Milano claims her choice was about freedom, and without her abortions, she could never have accomplished the things that she has, nor would she have married the man she did, or parented her living children. But while an unplanned pregnancy can be scary, women are strong enough and smart enough to accomplish their goals while still parenting their children, as Tony Award winner Renee Elise Goldsberry proved. As she tearfully accepted her award for her role as Angelica Schuyler in “Hamilton,” she spoke of how being a wife and mother did not prevent her from being successful.

In addition, children are innocent, and are conceived through no actions of their own. They deserve a chance at life. If a mother does not feel ready to raise a child, adoption is a wonderful and selfless option.

What message might Milano’s acts of “freedom” send to her living children? Milano says they wouldn’t exist without her abortions. That’s not only false; it sends a chilling message: if they had been conceived at any other time, they might not have been allowed to live. How might her children feel knowing their siblings were aborted? Many people have said the revelation of their parents’ past abortions has caused them immense pain and grief.

Abortion doesn’t empower women, help create families, or make women strong and successful. Women deserve better than a life sentence of pain, violence, and grief. Alyssa Milano may have felt she had no other choice then, but she has a choice now. It’s a shame that she is choosing to lead other people down the same tragic path she felt she had to walk.