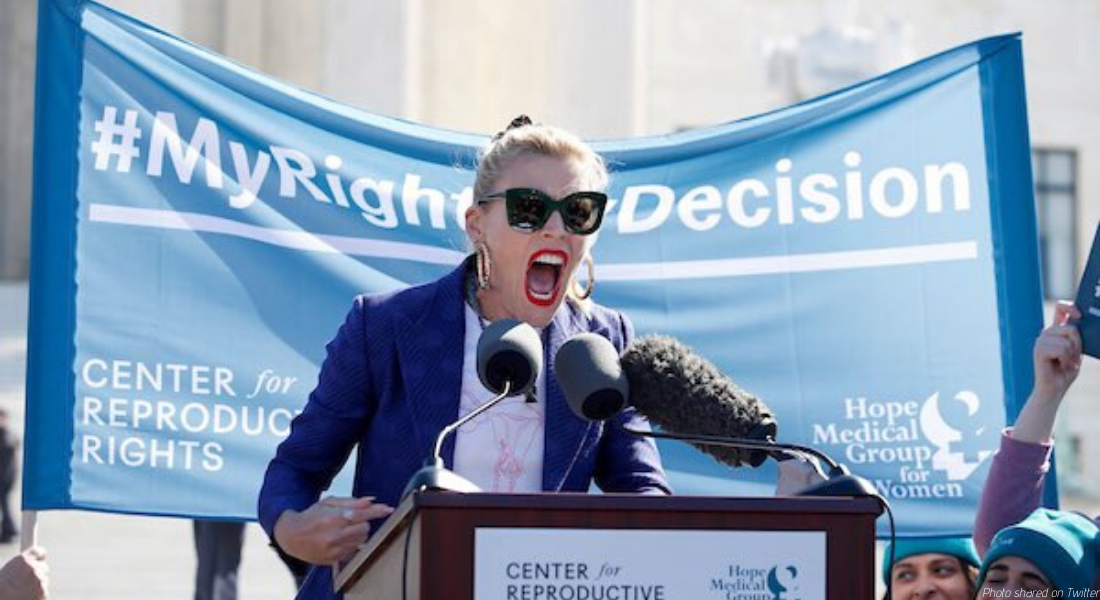 Another alum of teen drama “Dawson’s Creek” has come forward to talk about her abortion. Actress Busy Philipps, who is close friends with her fellow “Dawson’s Creek” star Michelle Williams (of the infamous recent Golden Globe speech), spoke at a pro-abortion rally held by the Center for Reproductive Rights this week outside of the Supreme Court. Philipps took the opportunity to shout her abortion — literally.

The video of Philipps’ remarks was shared by Live Action founder and president Lila Rose on Twitter, in which the actress loudly and passionately spoke about having an abortion at the age of 15. During her speech, she argued that she wouldn’t have the successful life and happy family she has now were it not for abortion, at one point even practically screaming so fanatically that the previously cheering crowd quieted.

The only thing more morally and spiritually broken than a mother cheering over the death of her baby so she could have fame and wealth is the complicit men who goad her on.

Here I was sitting in Los Angeles in my beautiful office of my own late-night talk show. Soon, I would be driving my hybrid car to my beautiful f***ing home, to kiss my two beautiful and healthy children and my husband who had taken the year off to parent so I could focus on my career.

This rally was the same one in which Senator Chuck Schumer notoriously threatened Supreme Court Justices Gorsuch and Kavanaugh, prompting a rebuke from Chief Justice John Roberts.

READ: Smirks and jokes: How two women saved from abortion were treated on Capitol Hill

In her tweeted response to Philipps’ speech, Rose called it “heartbreaking,” saying, “The only thing more morally and spiritually broken than a mother cheering over the death of her baby so she could have fame and wealth is the complicit men who goad her on.” In a further statement to Fox News, Rose said, “[O]ur freedom and happiness can never be bought with the blood of our children.”

"It is the antithesis of women's empowerment to say that in order to buy a nice car & a nice house I have to kill my child.

How did we get here as a country?

As previously mentioned, Philipps’ friend Michelle Williams also made headlines at the Golden Globe Awards, giving an acceptance speech in which she seemingly gave credit to abortion for her career and success as well. Alyssa Milano, another outspoken pro-abortion actress, likewise said she would not have the “joys” in life she has now without having had two abortions in her past.

Arguing that abortion is necessary for a fulfilling career or a happy life only serves to further the idea that the male body, which cannot bear children, is the “standard,” and a female’s body is somehow inferior because it can bear children. This mentality allows women to be punished for their fertility, and allows pregnancy discrimination by schools and employers to continue. Women should not feel they must choose between their children and their futures. This current status quo is not pro-woman.