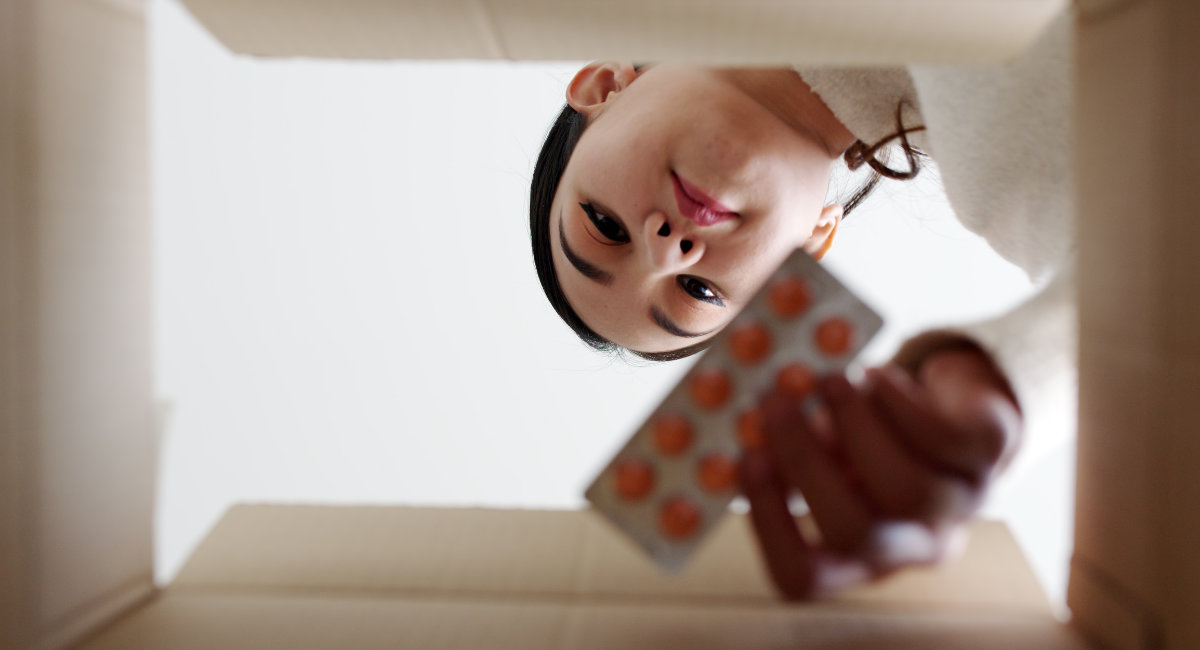 The Biden Administration recently sent out a letter essentially threatening pharmacies who “refuse” to fill prescriptions for mifepristone, the currently approved abortion pill. The Administration claims that if pharmacies do not fill these prescriptions, the “pharmacy may be discriminating on the basis of sex.” However, the problem is that under the Food and Drug Administration (FDA) safety system called REMS, only approved prescribers can dispense the drug.

The abortion pill (Mifeprex or mifepristone) was approved in 2000 in a regimen with the drug misoprostol (which was not initially approved for use in pregnancy). Shortly after its approval, mifepristone was placed under a safety system called REMS, which has strict rules for who and how the drug can be dispensed.

Mifepristone was approved for abortion, not miscarriage care

The Office for Civil Rights letter to pharmacists lays out a scenario in which “[a]n individual experiences an early pregnancy loss (first-trimester miscarriage) and their health care provider prescribes pretreatment with mifepristone followed by treatment with misoprostol to assist with the passing of the miscarriage.” While doctors can use drugs off-label, the abortion drug mifepristone has never been approved by the FDA for miscarriage care.

Live Action News has previously explained how a natural miscarriage is not the same as an induced abortion, yet the abortion industry has been seeking to blur the line between the two, conflating natural “pregnancy loss” with the intentional ending of a preborn child’s life via the abortion pill and “self-managed” abortion. In fact, abortion insiders have admitted that sneaking in abortion drugs under “other indications” was a strategic method of guaranteeing the drugs remain on the shelves and are never pulled.

According to the FDA’s most current label, mifepristone or Mifeprex is “a progestin antagonist indicated, in a regimen with misoprostol, for the medical termination of intrauterine pregnancy through 70 days gestation.” In addition, the FDA website is clear that “Mifeprex (mifepristone) is a drug that blocks a hormone called progesterone that is needed for a pregnancy to continue. Mifeprex or its approved generic Mifepristone Tablets, 200 mg, when used together with another medicine called misoprostol, is used to end an early pregnancy (70 days or less since the first day of the last menstrual period).”

REMS is an acronym which stands for Risk Evaluation and Mitigation Strategy. Live Action News has previously detailed the FDA’s concern over the safety of the abortion pill in past years. This is why in April 2011, the FDA determined that the REMS safety requirement was necessary for mifepristone. A limited number of drugs on the market have been placed under these safety requirements, which the FDA can put in place “for certain medications with serious safety concerns.”

You must be approved to dispense mifepristone

Under REMS, mifepristone can only be distributed by an approved clinic, health care provider, or hospital — and to be approved you must submit a prescriber agreement to the drug’s manufacturer, Danco Laboratories. In December of 2021, the FDA weakened these REMS and allowed pharmacies to ship the abortion pill via mail. Prior to that decision, the FDA’s REMS prohibited the abortion pill from being dispensed online or in pharmacies and required the pill to be dispensed in person in approved clinics or hospitals that could properly date a woman’s pregnancy, rule out deadly ectopic pregnancies, and offer or refer for emergency care in cases of complications or when abortion pill failures result in incomplete abortions.

According to the FDA, “In 2021, FDA undertook a full review of the Mifepristone REMS Program. Based on that review, FDA has determined that the REMS will include the following elements:

This means that not all pharmacies will stock the drug or be certified to dispense mifepristone.

FDA has not yet approved mifepristone for pickup at a pharmacy

Live Action News reached out to the FDA for clarification of their December 2021 REMS changes and received an e-mail response on January 21, 2022, which stated in part, “On Dec. 16, 2021, the Agency determined that the Mifepristone REMS Program must be modified. As modified, the REMS will allow for the drug to be dispensed by mail order or specialty pharmacies. We based our conclusions on a comprehensive review of the published literature, other relevant safety and adverse event data, information provided by advocacy groups, individuals and the applicants, and information submitted by plaintiffs in the ongoing Chelius v. Becerra litigation.”

The FDA then admitted, “At this time, we don’t have data to determine whether mifepristone for medical termination of early pregnancy can be dispensed safely through retail pharmacies in accordance with the REMS.” (emphasis added)

If the FDA does not have sufficient data to determine that mifepristone can be dispensed through a retail pharmacy, why is the Biden administration threatening pharmacists who might choose not fill a prescription for the drug?

Who is pushing Mifeprex for miscarriage?

The pro-abortion American College of Obstetricians and Gynecologists (ACOG), which provides cover for the abortion industry, recently updated its treatment guide for “early pregnancy loss” to include the abortion pill regimen.  To draw their conclusions, ACOG cites the study, “Mifepristone pretreatment for the medical management of early pregnancy loss,” published by the New England Journal of Medicine in 2018. Two of the authors of that study have acknowledged financial ties to Danco Laboratories, the abortion pill’s U.S. manufacturer, while a third author is an abortion activist:

Courtney A. Schreiber, M.D., M.P.H, does not disclose any conflicts in the 2018 NEJM study; however, Live Action News previously documented that in other studies, Schreiber has declared that she has received “personal fees” as well as “consulting fees” from Danco Laboratories. She is deeply entrenched in abortion and is an assistant professor of obstetrics and gynecology at the University of Pennsylvania School of Medicine and a member of the National Abortion Federation, Physicians for Reproductive Choice and Health, and the Society of Family Planning (SFP). “I am an expert in the provision of abortion services, having provided this procedure to over 5,000 patients as an integral component of my practice,” she stated in a court deposition.

Mitchell D. Creinin, M.D., did disclose that he received “consulting fees from Danco Laboratories.” Live Action News previously documented Creinin’s conflicts of interest, noting that, by his own admission, Creinin receives “compensation” from Danco as a consultant, receives consulting fees, and has received an honorarium from the abortion pill’s manufacturer. Creinin also provides “third-party telephone consults” for Danco.

Jessica Atrio, M.D., has an online bio showing that she is a board-certified obstetrician gynecologist at Montefiore and Albert Einstein School of Medicine. She is an Associate Professor and the Associate Director of the Fellowship in Family Planning. But what is not disclosed is that Atrio is also an author of Gynuity’s ‘no-test‘ abortion pill protocol, which eliminates important tests and labs that could rule out deadly ectopic pregnancies before a woman takes the abortion pill. On April 16, authors of the “no test” protocol published a collaborative commentary in the Journal Contraception and there she is listed as being affiliated with the Society of Family Planning (SFP) an organization founded in 2005 thanks to a large contribution from Packard Foundation, an original investor in Danco Laboratories. SFP is also funded by another Danco investor — the Buffett Foundation (ex: 2011, 2014, 2016) — as in billionaire Warren Buffett. In addition, Atrio is an abortion activist who believes that “abortion is healthcare.” She is working with the State of New York to create an abortion safe haven.

The abortion pill manufacturer Danco and its generic GenBioPro are required under REMS to report the number of drugs they dispense. That report, updated in June of 2021, documents that tragically an “estimated number of women who have used [abortion pill] mifepristone in the U.S. for medical termination of pregnancy through the end of June 2021 is approximately 4.9 million women.”

Interestingly enough, the post-marketing report doesn’t list one single use for miscarriage.