Taking the lives of many more children than a lone madman with a loaded gun ever could.

Recently, Barack Obama’s most beloved purveyor of choice, Planned Parenthood Federation of America, released their 2011-2012 annual report. The organization’s current data is printed on a well-designed, brightly colored pamphlet. On the Affiliate Medical Services page, along with a corresponding pie chart, is a gray slice of pie that represents the one third of a million living human beings the organization exterminated just last year.

The statistics cite figures which claim that in fiscal year 2011, 333,964 babies were destroyed. That is an impressive figure even in abortion-on-demand circles, especially for those who work tirelessly to convince America that pap smears are Planned Parenthood’s specialty.

Yet despite the bad economy, Planned Parenthood touts assets totaling $1.2 billion, $542.4 million of which comes from “government health services grants and reimbursements,” including “payments from Medicaid managed care plans.” In other words, whether pro-life Americans like it or not, tax dollars are helping facilitate the unfettered slaughter of pre-born children.

There is no denying that thanks to eroding morals, an obliging president, and ample government funding, feticide continues to prosper. Between 2011 and 2012, the death factory disguised as a women’s health care provider served orange juice and crushed ice to 333,964 women after slicing, dicing, and suctioning helpless babies from inhospitable wombs.

During the previous year, Planned Parenthood clinic workers only emptied 329,445 empty juice cups into the red biohazard bags already occupied by 329,445 dead babies. In the death-for-profit business, the addition of 4,519 tiny corpses is an admirable uptick worth celebrating.

As for the realm of celebrity representatives, if Planned Parenthood held a fundraising telethon, their main shill President Barack Obama would be the organization’s own version of Jerry Lewis. Coincidentally, from 2009 to 2012, in the three years that Obama’s presence had been gracing the Oval Office and with his hearty endorsement, Planned Parenthood memorialized his historic presidency by executing 995,687 innocents. That’s nearly one million helpless unborn children coldly denied the right to life.

One million is a big number, and in honor of Obama’s second term, one million is exactly the amount of dollars the president is requesting that rich donors contribute to his upcoming inaugural celebration, or, for the mathematically challenged, about one dollar per baby aborted by Planned Parenthood during his first term.

In the meantime, while Americans spend time trying to figure out just how many dollars those millionaires actually make, Planned Parenthood is busily going about the work of slaughtering perfectly healthy pre-term infants.

Even still, Planned Parenthood continues to insist that abortion does not make up the bulk of their industry because, according to them, killing a paltry one million babies per three-year interval is modest at best. Maybe the problem is that the abortion giant is so busy dispatching the unborn that it can’t take the time to figure out what 1,000,000 really means. 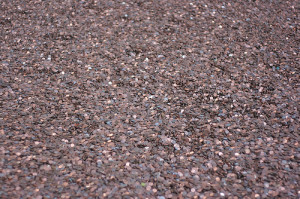 Lest we forget, one million is 1,000 x 1,000. If one million sports fans gathered together, they could fill 62.5 16,000-seat arenas. A million days is 2,740 years. A million miles is 40 times around the circumference of the earth. Sixteen miles equals approximately one million inches. A million pennies weighs 10,000 pounds, or as much as a circus elephant. If you counted at a rate of once per second, it would take about 11 full days to count to one million, and if it were little babies you were counting, every 94 seconds would represent another life being snuffed out in a friendly downtown Planned Parenthood clinic.

For those who care, in order to understand the magnitude of one million, talking dots, pennies, seconds, years, miles, and filling football stadiums does provide some context. However, when it comes to abortion, the figure one million represents very real, very dead human beings.

To put one million into a people perspective, let’s just say that the entire population of San Jose, California, or 945,942 people, were to be wiped out in an earthquake. How would America react if the victims were recorded as cold numbers on a carnival-colored page with a Ferris-wheel pie chart to chronicle the event?

Even more deceitful and disturbing is that the left and their liberal president dismiss the purposeful termination of one million people as a mere pittance. But when a disturbed individual with a gun massacres 20 first-graders, Americans are asked to take seriously President Obama’s dismay over the deaths of children whose disposal he would have funded had they been in the womb instead of a classroom.

In the end, Planned Parenthood’s 2011-2012 annual report is quite informative. What it proves is that last year, Barack Obama’s dearly loved abortion mill staffed its clinics with conscience-free sociopaths, outfitted them in blue scrubs, and provided them with the stainless steel weapons needed to take the lives of many more children than a lone madman with a loaded gun ever could.